How I Became a brand in celebrity hosting – Wale Seriki 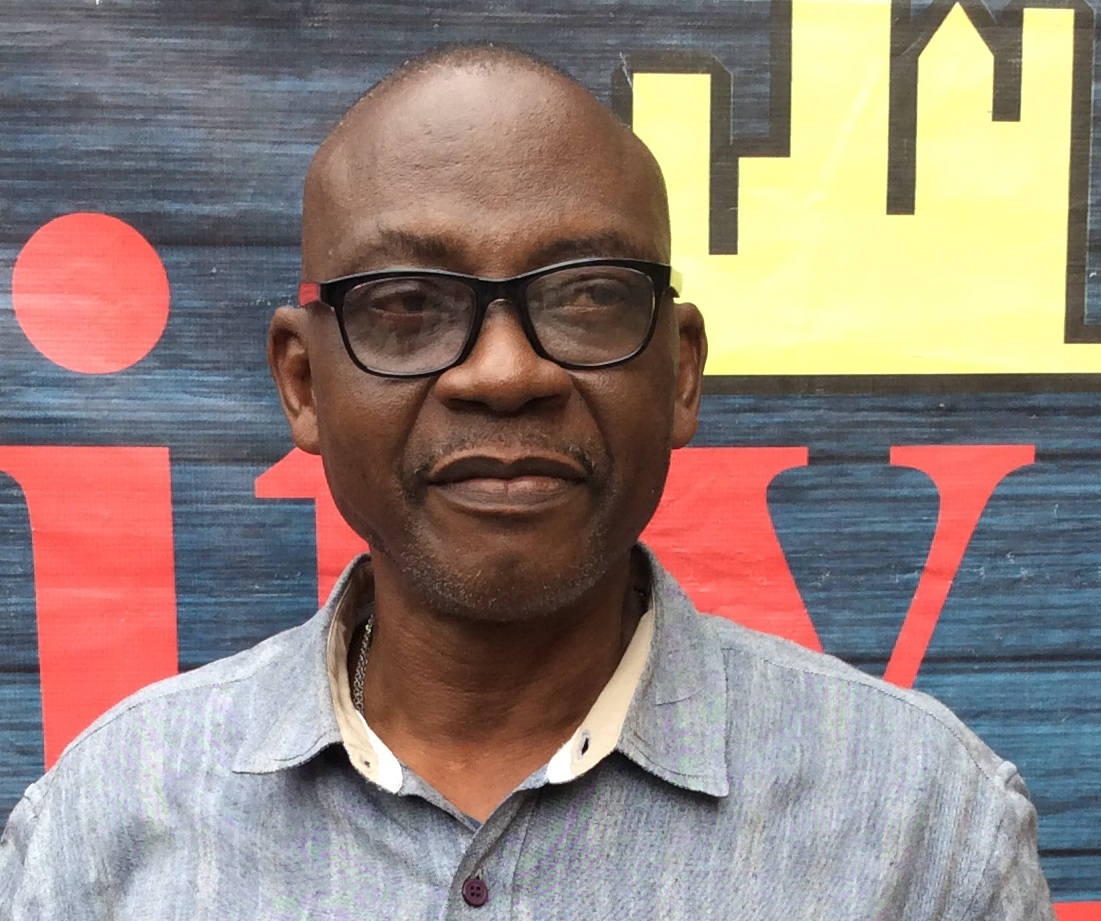 Wale Seriki is an embodiment of talent when we talk about media and publicity. He is known for turning things around when all the chips are down. Wale Seriki has a record of rebuilding several hospitality outfits and media platform that was hitherto believed to be sinking. He adopts ideas and projects to support brands and achieve many goals at a time.

He is currently the brain behind the rejuvenation of the once popular Nana Hotel in Ota, Ogun State. Wale is currently hosting A-list socialites periodically at the hotel and the idea has earned the hotel its seemingly lost popularity in the environment.

He spoke to City People about the idea and the desired goal.

What are you up to lately?

My name is Wale Seriki. I’m a public relation practitioner, whose practice is indicative of the hospitality industry. A new entertainment hub has appeared in Ota, Ogun state. and I am in charge of it. I ran a hotel called Nana hotel as Managing director and chief executive. What we have started with there is a version of the Grand house reception of the nightshift coliseum.

So when I started that hotel in Ota, I just thought if the governor is hosting other governors, vice presidents and the A-list public office holders, somebody have to host other known people from other walks of life too. What fired my zeal is the fact that society has to reward people who have achieved greatness due to their hard work.

And this is sending messages to the younger generation that you don’t have to do fraud t make money, or attain greater height. That’s why we started bringing people who had worked hard so while I was in Ota, I thought of what to do, so the first person I hosted was the king. The new king. Prof, Adeyemi Oba Lanlege, he is a journalist, although he’s a king now, he was in Thisday, and a professor of mass communication, who had done a lot for tourism. So, we hosted him last year October and he brought tourism industry to Ota and that is the whole essence of the event; to bring in people who hitherto will not come to Ota.

We also went after the Chairman of Rosabel, who is the Maiyegun of Ota too, Chief Akin Odunsi, as a father of Advertising, that is attracted our interest in having him. The Rosabel he started has birthed more companies now. They are into media buying, online marketing and other branches of advertising, aside from the mainstream advertising, so we got him down and also people like Steve Omojafor and Tunde Adelaja, who they started with, they sent their support.

Today, we are now known as a brand, in celebrity hosting. By August 4th this year, we are hosting the  Aare Ona Kakanfo of Yorubaland, that is Aare Gani Adams. In the same vein, we are interested in Gani Adams because we are able to monitor his transformation from an ordinary street guy to a complete celebrity. Now, he’s a Yoruba leader, he is the 15th Aare Ona Kakanfo, who had educated himself over time, he has collected degrees. Now he doesn’t talk like the painter he used to be. So, he is going to be in Ota with all his OPC crowd.

He’s going to talk to the people and the people will see the other side of him entirely. A lot of people just see him as a Jazzman, but by the time they talk to him in the interactive session, you will know that transformation is a good thing.

Why did you decide to choose Ota?

I think it was incidental. I didn’t plan it. I am known for turnaround management in hospitality. I always look for ailing hospitality outfit and I turn them around. In some cases, it has paid off. In other cases, it is the other way around. In this case, when I heard that the hotel has been there for a while and was shut down. Thugs inhabited the place and passing through that area even around 6 pm, the thugs will rob you. Then at a point, the community, out of concern, come against the management of the hotel, who are the children of the owner to sign an undertaking that they will not terrorize the community.

When I heard those stories, I was interested and my interest is that I will turn that place around. That was why I decided to host the king first, at the hotel. It pumps my blood when I turn around things. Now we are talking about Rosabel chairman, Aare Gani Adams, Alhaji Kollington Ayinla is also in toll, Shina Peters and all. And anytime we have this event, it draws a high caliber crowd. So when I sit down at the hotel and saw the kind of people that patronize us at the hotel, I feel glad.

What I have done in the past has given me a background to know that I can have 5 to 6 people behind me, buying premium drinks than to have 60 people buying water and dry gin and smoking Indian hemp. So, I am for high octane clients and that Is all I have done; I was general manager king size hotel, I was general manager Ikeja Central hotel, and so many solid outfits in Ikeja, and one in VI, that is Genesis nightclub in VI. So, choosing Ota for me, is under litmus test, because eventually, we will come back to Ikeja, I’m an Ikeja man. I’m rooted in Ikeja and I don’t want to mention the hotel, but I’m coming back to handle a 5-star hotel in Ikeja.

What comes to your mind, when you see the turnaround in that hotel?

To me, it’s always a celebration. A celebration of a drastic turnaround, a 360 degree turnaround, I do 1-hour exercise every morning, so noticed people I don’t even know will call me and say, Nana Hotel. I am happy that every time we have an event, we are making an impact. Other hotels are just doing the normal thing. Apart from that event, we also have an event that we are working on now. It’s called the last Friday industry night. It will be every last Friday of the month, the first will be on the 28th of June, we are bringing an upcoming artist to come and showcase their talents.

While that is going on, we will be bringing producers, talent scouts, promoters, marketers, people like Jonliz have supported us, with their artistes and funds. So, it is promoting the younger generation in the industry and it’s going to be every month, so very soon, we are going to be having endorsements and stuff. People are going to be signed on record labels and all that. So, we are happy that we are doing that in Ota.

How are you able to manage hospitality, entertainment, and tourism under the same platform?

Thank God now that I am seated. Before, as a journalist, would have been in so many places today. I have worked with City People too, as a Travel column writer. So, it comes naturally to me, having covered several festivals all over the country and outside the country, having managed several hotels and bars. I don’t sleep. I’m a very restless person. Even when I’m sitting in one position, I just carry a phone and calling prospects for other events.

How do you make money when you host these people?

People support us. Those we host have friends, families, and well-wishers, then, of course, it depends on who we are hosting. Sometimes for brand visibility, those we are hosting may want to sell their brand to the high octane crowd so they support. Although support has not been fantastic as it should we are growing by every event, and we believe that we will keep growing.

Is there any plan to extend this plan in other places?

Actually, the hotel where I am is just a location for the concept. The concept is really the Quadrangle. When I was in the University of Lagos, where I graduated, I lived in Mahere Hall throughout. We used to have what is called the Quadrangle back then. That is where we play, fight and do all sorts of things as students. So while I was in Nana Hotel, I just looked around and said, this is a Quadrant Group, the environment looked like the feature of the Quadrangle . It is a playhouse. So that’s why we decided to have a virtual Quadrangle. We now have a platform online that we call the Quadrant group with over a hundred participants from all walks of life. So, we drop ideas on so many areas too.

My dream is to go back to my home. I am from Epe in Lagos State and thank God the former governor was able to do a lot for us over there. The road has been expanded, the property has gone up, hospitality has moved up. So I have a plan to have a Quadrangle by Seriki Alata in Epe, my company is called Seriki Alata. The Ata (pepper) is indicative of the hospitality. That is Pthe food that we do. On the other hand, pepper is a PR thing. Anything you spice up with pepper brings sweetness.

How I Became a brand in celebrity hosting – Wale Seriki was last modified: June 29th, 2019 by Reporter