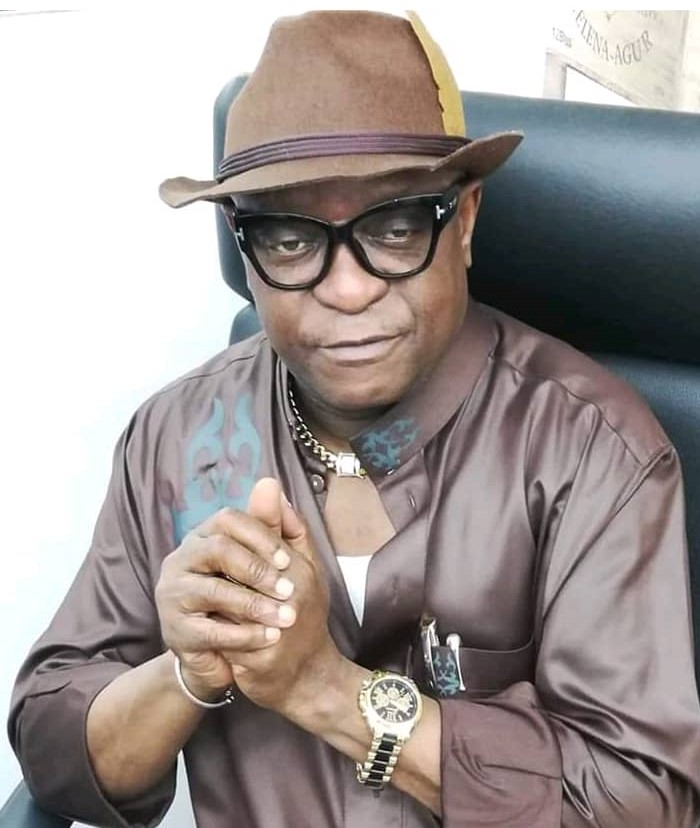 Gaji of London is a big name in the music industry. For very many years, he was closely associated with K1 the ultimate. He was the DG of Alhaji Wasiu Ayinde’s band and after that, he relocated to London where he lives now. He is also the famous Alhaji Isiaka Mogaji that K1 sang about in those days. A few days back he spoke to Citypeople Publisher SEYE KEHINDE about his successful life in music and the entertainment industry. Below are excerpts of the interview.

In the London entertainment industry, everyone knows Gaji of London. He is also called Kokumo Mogaji and Alhaji Isiaka Mogaji. He is a big Music Promoter. He will be 67 in November. How does he feel about his achievements in the music industry? How did his relationship with K1 start? Why did he choose Music as a career? These and many more were the questions we asked this stylish celebrity a few days back and he revealed how fulfilled he is.

I was born on the 23rd of November, 1953 in Lagos Island, Ita Pashi Square. (21 Willougby Street) I am a native of Abeokuta and Ikorodu.

(I am with three beautiful wives)

He was one of my childhood friends – Alhaji Tajudeen (Baba Ita) that invited me to Alhaji Wasiu Ayinde’s show being the first manager to KWAM1.

I was then director-general of the band in 1985.

My relationship with the band loudly skyrocketed in 1984 which led to Tala 84.

This number Tala 84 which happened during my time is evergreen to date.

It was this that led to KWAM1 making me the Director-General of the band in 1985.

Later that year, KWAM organised a trip to London including himself, Alhaja Sikirat Anifowoshe (his wife) and myself.

I am always very proud that it was during my time in 1984 that Tala 84 came to limelight. That actually made me Gaji Wasiu Talaso.

We made another trip later that year on visiting with Mr Kola, one of our managers to the UK.

The 1985 trip was preparatory to the full band visit in 1986 in which the whole band was refused at the point of entry.

It was the last day of stamping in immigrants at the point of entry. We were all sent back to Nigeria the following day.

We went on a musical tour of USA in 1990 under the auspices of Mr Julius Omotayo.

We made another European musical tour in 1991. This took us to Germany, Belgium, Sweden, Italy, Holland, France etc before ending up in London. This gave birth to Fuji Hip Hop. (Yopi 1 + Yopi 2).

The promoters at that time were Toyin + Tayo.

The biggest tour we made was in 1995. This was an inter-continental tour that took us to Germany, London, Canada, and USA. The tour lasted 14 months outside the shore of Nigeria.

In 2004, I brought a musician from Nigeria, known as Dimeji Agidigbo (Lagos Island Music). This was the genesis of my UK residence as a UK promoter. Ever since then nearly every musician that comes over to UK including Actors and Actresses go through my promotional Networks – Gajbash Promotions. I later included Elajbash Sports Soiree. During the course of my Profession, along the line I gained the fact of travelling to many countries of the world and this added value to my life, my children both at home and abroad. I am proud to be one of the best promoters in London, with due respect to my senior promoters and others below my status.

It is my joy to put through every artists both Nollywood actors and actresses that come to London and abroad for events.

In doing this I had achieved many awards and the latest award was in Manchester during one of my performance, presented by Lord Mayor Cllr. Abid Chohan.

I have joy in doing what I am doing and I will continue to do it.