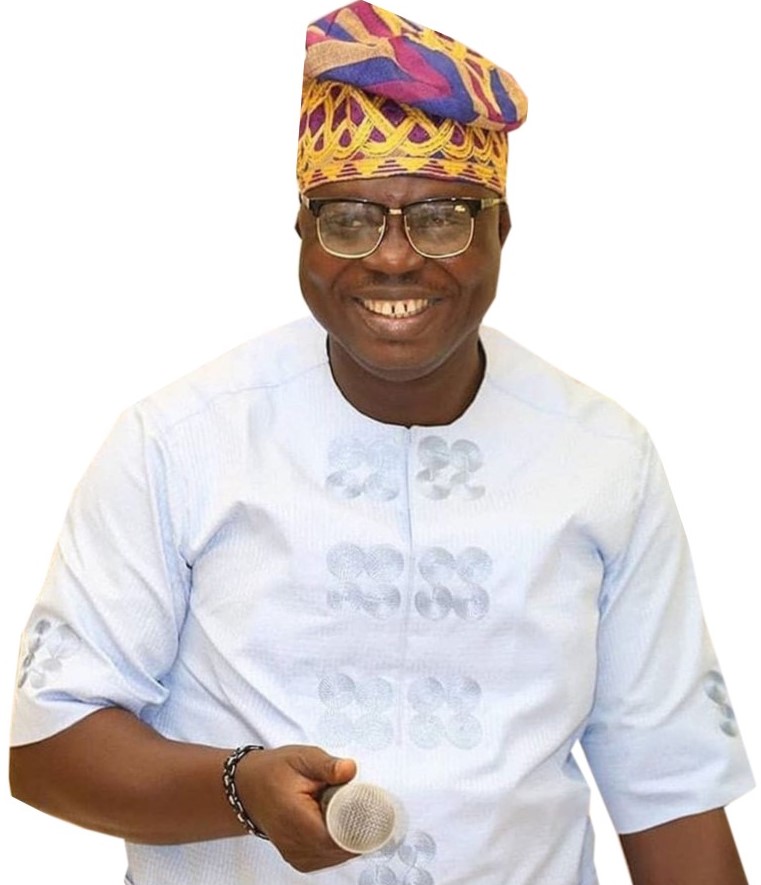 Although his real name is Bolaji Amusan, everyone calls him Mr. Latin. His comedy roles has brought me to lime light since 1990 when he took up comedy roles fully. Below are excerpts of his recent interview with City People.

You have had a very distinguished career in acting. Can you tell us how you started off in 1988?

I didn’t intend to be an actor but I thank God today for what God has done. I like football, sport. I just ran into a friend of mine. We call him Idowu Raja. He is the one that propelled me into acting. As at then he is staying in our house at Fagba in Abeokuta. He said you this man, you talk too much. Ok, I will take you to my house one day. There is a Theatre Group there. That was when I joined Ariyo Theatre Group in 1988.

And how has it been?

Tough, Challenging and Rewarding. Tough in the sense that I just started. No money. But because of the passion, I was just pushing, pushing and pushing it to the extent that I had only one shirt. That shirt I wash it in the evening, dry it at the back of my so that the heat will dry it and I can put it on the next morning. There was a time my mum, she was over 60 something then, she came to my house and for like 2 days I couldn’t afford to feed her. She now said this boy, why are you doing this to yourself? Why do you want to kill yourself? I am be with you for about 2 weeks but now that I know you cannot feed me let me just go to your house.

Fortunately for her, my brother is staying in Abekuta as well. She parked out of my house and she went to my brothers house. I have been through a lot in this career. I didn’t even know I am still going to make it in this profession. It is like being addicted to football. It was just an addition for me. I didn’t even have the intention of making it in theatre industry. God just approved it God did it. I think its God. It is so miraculous. I think one of the things that has worked for me is humility. God has helped me with humility. I respect all my ogas. There is none of my ogas I don’t postrate flat on the floor for. They are my ogas. So, they now fell in love with me. So, they encouraged me. They like me. They felt like seeing me everyday. I was always around them, helping them to do things, helping them to run around, particularly Alhaji Ebun Oloyede (Olaiya Igwe). He really played a very prominent role in my life. Apart from my 1st Oga, Ariyo Travelling Theatre, Azeez Ariyo, then I passed through another Oga, named Segun Adeniji. He is alte now. He is the one that discovered me to be a comedian. But Olaiya Igwe, amplified the name.

How did you get into comedy?

I used to have a landlord then. He is dead now. He is Alhaji Olatunji Samshideen. he is the real Mr Latin. He is exactly Mr Latin. So, I studied him. So when I now got to my Oga, Mr Segun Adeniji in the office. I will tell him something happened in my house yesterday. They will now start laughing when I relate it to them. So, they know that every day there must be a story from my house. So they are always waiting for me. So, once I get to work they will ask me, so what happened at your house yesterday? I will then start telling them about my landlord and his wife were fighting yesterday. And they were now doing as if they are fighting because they were timing themselves. Truly, that’s how they do it. they will fight, stop to rest and continue. The wife would say relax for 5 minutes, we would continue our fight later. real fight . Then after about 5 they will say lets start again.

My landlord had a son then. They did his naming ceremony. They killed a cow and invited 4 people. I asked him why. He said because I don’t have friends. But I killed a cow to make people know I am rich. He invited a band to come and play. I will now tell my Ogas at work what happened. One day, they now said can you practicalise all these things you are saying. I said let me just try. That is how I started comedy in 1990.

How did you get the name Mr. Latin?

It was when I started comedy. We had Baba Suwe, Baba Aluwe, Baba Sala. I said let me try and represent those retirees and put some English, let me make it fresh and make it funny. Segun Ogungbes dad, (not Akin Ogungbe), is the junior brother to Akin Ogungbe. They are both dead now. We were on the same set in 1989/90. I will say according to Latin, I will now speak French, mix it with English and give it different meaning. So after the production, the man wanted to send me to go and buy soft drink. It doesn’t know my name. He said ehhh, this man that speaks Latin, come. I said yes sir. He said come and buy minerals for me. That is how the name Mr. Latin started. He named me Mr. Latin.

Many people usually see you as an Egba man, but you are not an Egba man. Tell us about your background?

I am from Ogun/Osun. I was born in Osun State. I am from Gbogan in Osun State. But I have been in Abeokuta since 1974 and up till now. Egba is not my second home. Egba is my home. My dad and mum are from Gbogan. But I started my primary school from Abeokuta here. One of my Senior brothers lines in Abeokuta. He brought me to Abeokuta. He was a soldier. He is my senior brother. They call him Abel Amusan. He got transfered to Abeokuta. I am the last son of our parents. He now said ok we all can’t all be in the bush. Gbogan then was like a village. He now said let me just take this man to Abeokuta. My immediate Senior brother took him to Lagos. You know then when you are in Lagos or Kaduna you have to raise your siblings. That was how my own brother brought me to Abeokuta in 1974 because Abeokuta is peaceful, no problem it became like a home to me. So I settled here.

How I Got The Nick Name Mr LATIN was last modified: January 21st, 2019 by Reporter