Home Movie Gist How I Lost Everything I Have Worked For To Fire – 74 Yr Old Veteran Film Maker, OLA BALOGUN
Movie Gist 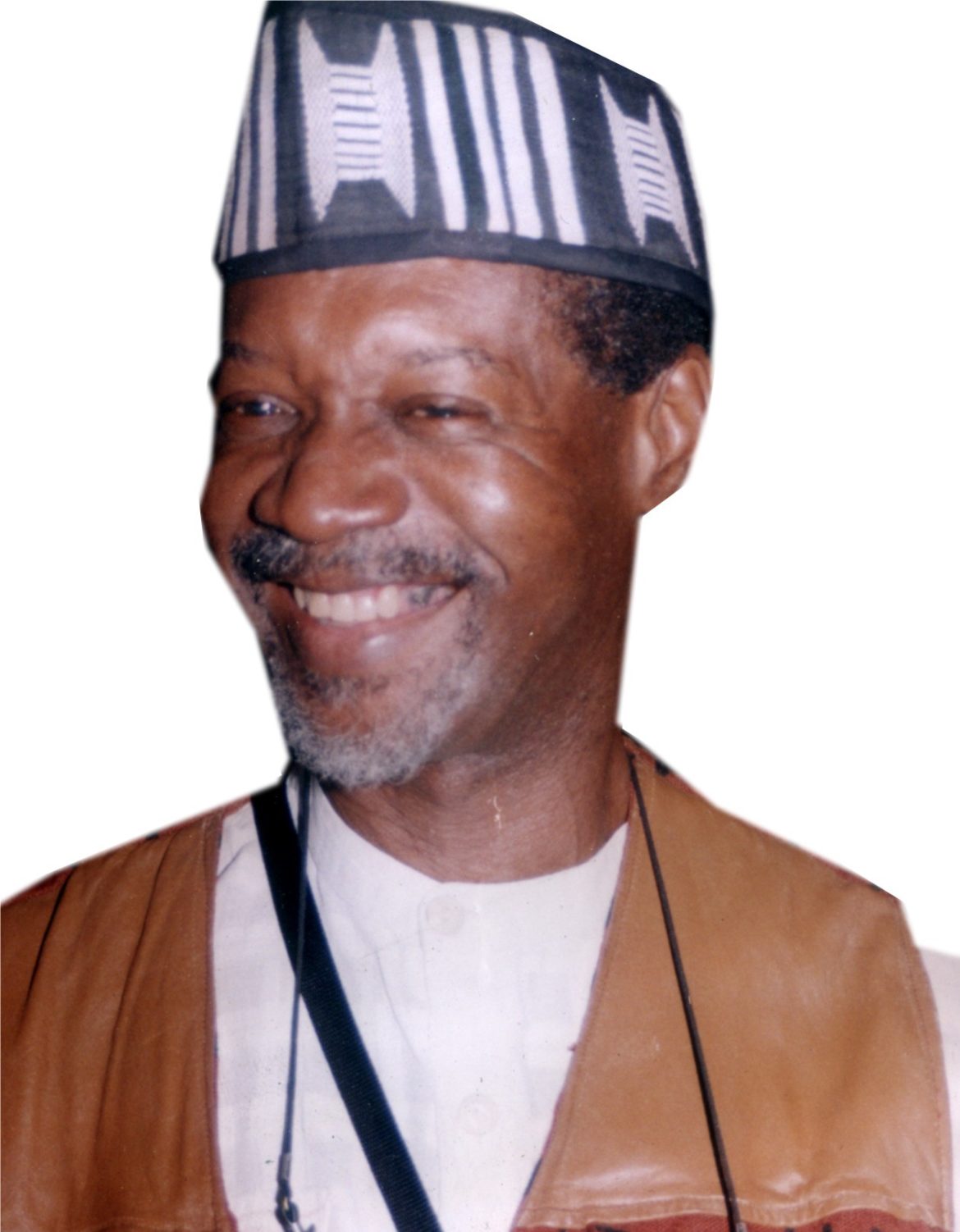 Everyone simply calls him Ola Balogun. He is a multi-talented showbiz entertainer. He is a musician and filmmaker. And he has been able to make himself relevant for decades. At 74, Ola Balogun can be described as a “jack of many trades”. He is an entertainer. Ola Balogun is the first person to make films in Nigeria. And when it comes to music, he is not doing bad at all.

One of his close pals is Fela Anikulapo Kuti. There were times that they would rehearse together. Ola Balogun started his music career 20years ago and has been able to gain the love of many in society.

He and his “Iroko band” have played all over the world. One of his evergreen movies is “Black Goddess” It was shown last year at a Cinema in Italy. The movie was produced 40 years ago but it’s still very relevant today.

He has produced many films that have talented veteran actors as its cast, the like of Ade Love, Late Chief Duro Ladipo, Baba Sala, Chief Herbert Ogunde to mention but few.

A few days ago, he spoke with City People Society Reporter, Toyin Ogundiya, at Radisson Blu Hotel. They talked at length and he revealed why he’s off the music scene for the past 5years. Enjoy excerpts of the interview…

We want you to take  us through your journey into the music industry?

Originally, I made the first films in Nigeria. When I went to University many years ago, I read literature in France and I discovered films because we had a film club back then at University. In fell in love with films because I see it as a means of expression.

I got my first job in the Ministry of Information as a scriptwriter, that was during the Civil war and the Federal Government discovered that my knowledge of French was more useful than my film making skills , so I was sent back to Paris to be information officer in the Nigerian Embassy in Paris for a couple of years during the Civil War and when the War ended, I came back home and I left Civil Service. Afterwards was recruited in the University of Ife by Professor Oluwasamiwo the Vice-Chancellor, they wanted to set up an institute of African Studies to create awareness of Africa Culture, I did that along with other colleagues like Olarotimi, Professor Wole Soyinka and Agbo Folarin and few others.

We set up that institute of African studies and we started doing films, we also set up another visual department in the Nigeria museum in Lagos.

But at the same time I love music, I make films and I am into music. I made Yoruba Language films “Ajani Ogun”.

Which of it was your first film?

My first film is an Igbo Language film which I titled “Amadi” after that, I made Ajani Ogun with late Chief Duro Ladipo and Ade Love (Ade Folayo) as the actors, his son is the popular actor Kunle Folayan. I also made  “Aye” for Chief Helbert  Ogunde, “Orunmoru” with Baba Sala and Ija Ominira with Ade Love. I made another film in Brazil titled  “Black Goddess” 40 years ago. In fact, it was shown last year in a major film festival in Italy and everyone was so anxious to see the movie, it was specially selected to be preserved among African Films.

After a while, I developed my interest in music about 20 years ago and I established a musical group called Iroko and we have performed severally in Nigeria and outside Nigeria.

Which year did you produce your first film?

Oh, I can’t really remember, I think I made my first film in the 60’s.

Iroko band is a well-recognized band in Nigeria and abroad but it has been off the scene for a while why?

Oh yes, I have been away from Nigeria. 5 years ago I was a victim of fire disaster in Lagos. My resident was burnt down, I lost everything including my musical instruments, my cars. I had to start up a fresh from zero at the age of 70. So, I travelled to Cotonou because it is cheaper and easier for me to live there. I relocated back to Nigeria a few months ago, I am back in Lagos and Iroko is back on the road.

Now that Iroko is back, what should we expect?

Lots of good things. We are inspired by our musical roots…

You are 74 and you are still very relevant in society, how does that make you feel?

In fact, what happened to me when I lost everything 5 years ago was apparently a disaster but I see it as a great wake up call, it stimulated me to new and fresh activities.

How do you advice on upcoming artiste that sees you as a role model?

Well, I will pass on the advice that my father gave me that there are only 3 keys to success in life oo, number 1 is hard work number 2 is hard work, and number 3 is hard work. There is no miracle or juju for success; you just have to work hard and you must not choose to do the thing because you want to make money from it. Money shouldn’t be the goal of life, you have to be passionate about something. If you want to be a teacher, a medical doctor, a carpenter or even a tailor, you have to create something that will make your life meaningful, so at the end of the day, when you look back you will be able to say, as a doctor, I save lives as a teacher, I taught so many people. As a carpenter I made beautiful furniture, that should be the goal of life. Not to be saying I bought 50 houses, I married 20 wives, I have 100 cars. You know Nigeria has become too materialistic and I want to plead with young people to set meaningful goals for their lives. Especially, to believe that there are no miracles to success.

With the rate at which Hip-hop music has gained more grounds in society, do you think people are still interested in music by veteran musicians?

Music has no barriers, it has no age. The film I made 40 years ago when it was shown last year, a lot of people were anxious to see it. The music we played 10 years ago, people still love it. What is important is the durability of the music, Fela’s music will last 100 years.  I don’t know about hip-hop but they keep bringing up new artiste, but it very difficult to make content.

You started with films. So how did Iroko came into existence?

It’s a very interesting story. I have lots of musicians as friends, one of them is my very close friend, Fela. In fact, I was present in some of his major compositions of music. We rehearsed together, that was the era of “Go-slow”, “Rofo Rofo Fight” when trouble sleep, Yanga go wake am” Fela was a genius but we didn’t quite realize how extraordinary he was.

Many years ago, I was making soundtracks for my films, I was creating music without knowing that I was creating music. I was directing the musicians, telling them about what and what to do, then a young man came to me and said he waited to play Afrobeat music that I should listen to what he had recorded. When I listen, I realized that he understood where Fela was coming from because he got the Jazz influence of Fela but he didn’t understand the rhythms and the Africaness & precaution of Fela’s music.

So, I offered to take some musicians to him, to teach the necessary things. And then, those people came back to tell me that this man never allowed them to enter his rehearsals. Later I realized he was expecting financial assistance from me and that was what I had to give him at that time and those musicians I hired, I was already paying them, so said, they should putting my own instruction into effect because then I was telling them what to do to play a modern type of highlife music using Fela’s influence and that was how Iroko started.

In fact, I was too shy to tell musicians at first that I was the one composing the music for Iroko but bit by bit, I revealed to them that the music is coming from me. We faced many challenges because we didn’t have instruments when we started. We hired instruments and we couldn’t pay and one day the man who owns the instrument came with a van to carry all his instruments, it was hilarious because we were playing without the instrument and there was nobody in the hall to listen to us.

It was only one gentleman, Chief Tunde Fanimokun who believed in us and he supported us. He was the only person who was sat there to listen to us, with time we started improving. The Oloori of the Oba of Ikorodu Oba Oyefusi that gave us our job to come and perform for her. We had a great experience we didn’t have instruments and we couldn’t be heard properly but King Sunny Ade had performed before us and he understands our difficulties. So he handed over his instruments for us to use. He had another event to attend that day, so he left one of the instruments for us to use. It was a very wonderful experience that I can never forget.

Gradually, we started performing outside Nigeria and also some of the musicians in Iroko have been faithful we have been together for more than 15 years because they believe in the music.

You started Iroko band with how many members?

It was a big band because I was reproducing music that I was hearing in my head, so we needed several instruments, so Iroko at one time had 15 members but it is very difficult to sustain, so I had to make many sacrifices but most of Iroko members are still very faithful because it’s not money that has kept them with but they also love music.

Are you working on any other projects for now?

Yes of course. I am working on film projects. I am writing a script right now, it’s based on a love story.

How I Lost Everything I Have Worked For To Fire – 74 Yr Old Veteran Film Maker, OLA BALOGUN was last modified: April 24th, 2019 by Toyin Ogundiya