Home News How I Lost My 1st Child A Day After She Was Born – Ex-Gov. RASHIDI LADOJA’s Daughter, BOLATITO
News 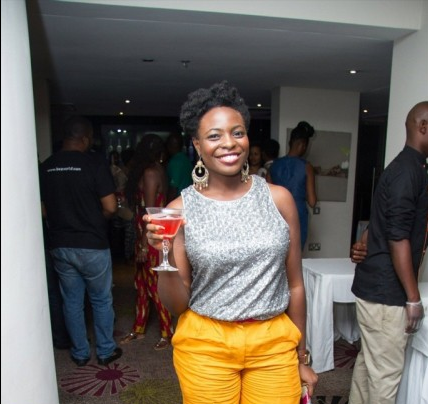 •Talks About Her Marriage To Music Act, BEZ IDAKULA

2 weeks back, Bolatito Bez Idakula gave birth to a bouncing baby girl which is her 3rd child and many well-wishers flooded her page to wish her congratulations. She has 2 sons, Joshua and Immanuel. Her pregnancy journey and childbirths have been amazing and she has many stories to tell about each one. Bolatito is the pretty daughter of Ex- Oyo Governor, Sen. Rasheed Ladoja. She is happily married to popular musician, Bez Idakula and it’s been 6 years they have been married. 24 hours after she gave birth to her first daughter in 2015, she lost her which in turn took a new turn in her life. She was traumatized, hopeless and lost the essence of life. This made her document her childbirth story and her rough past in a book titled Royalty.

Royalty is Bolatito’s personal story of discovery – of God, her self and her worth. The death of her newborn daughter in 2015, set her on this spiritual journey. Bolatito details her painful past, sharing her regrets, her hurts and her overcoming of guilt, shame and depression. She hopes to inspire others with similar experiences to find healing.

Bolatito Bez-Idakula is the Founder of My Lighthouse. She is a former Banker with a BSc. In Politics and International Studies and a MSc. in Management. She now lives her purpose as a “Light-Bearer”. My Lighthouse was born as a purpose-driven calling that employs her genuine passion for sharing God’s love with all people, particularly those who have been hurt. She hopes that as she shares her life-changing experiences, they will provide healing and encourage others to seek God deeper in order to live their best lives.

Right from a very young age, she faced rejection from her own family, became the black sheep of the family and got involved in activities only couples should get involved in, as well as other heartbreaking activities. Unfortunately, having sexual experiences at an early age due to a lack of love and guidance did have its own negative impact on her life.

Being in a broken home didn’t help matters as both her parents were too busy to give her real attention and her stepmothers made it clear, she was not wanted in the family. As she grew, Bolatito into a young woman, found Christ and repented of her reckless ways. However, going to the University brought back the old habits she thought she was done with, and even worse. As a young adult, having sex, partying and drinking carelessly was the order of the day. Followed by two abortions that almost ruined her chances of motherhood later in life.

Breaking off the habit was not easy. But when she finally decided to let God take charge, things went from worse to smooth. And although she was faced with life-threatening complications in her first two pregnancies later in life, the third had no issues what so ever. Bolatito Bez-Idakula’s Royalty is an epic example of what it means to bare it all.

“If you’d asked me to describe myself two years ago, I would not have been able to find one positive word. I didn’t think much of myself, and my viewpoint was constantly being defined by what others said I was. Two years ago, I was completely lost. In January 2014, I had just gotten married, had a thriving career in a bank, and by June, I found out I was pregnant. Life seemed to be everything I dreamed of, but by June 2015, I was empty. My job was gone and after nine months of being pregnant, my daughter was born but passed away a day later. I still had an amazing husband, but it didn’t mean anything. My new source of joy had suddenly been taken away. I spent a lot of time thinking, searching within for my joy.

How did things get so bad? I wondered. Where did everything go wrong? When did my progress become a regression? Through my pain, I blamed myself for what was happening. It seemed like my past had finally caught up with me.” Growing up was interesting, my dad is a Muslim and my mum is a Christian. My father has a few wives. My mum was previously married with 2 kids before getting married to my dad. I lived with my mum for 5 years before moving in to live with my dad. I am my father’s 10th child of the 18 children. I have lived with different step mums and my siblings. Growing up I never truly felt like I fit in or belonged in the family. Although I am relatively open and emotional when it comes to sharing the details of my life, I’m rather reserved. I feared that people would judge me for being vulnerable. I was worried about what people will say or think. Even worse, I was afraid of the potential shame and the consequences of my failures.

As a child, I was abused, but I never reported it to anyone because I thought that it was normal. Instead, I felt that I should hide it so we didn’t get caught. During my youth days in the University of London, I had a couple of abortions. After my second abortion, I got quite miserable and depressed. I started having suicidal thoughts, I didn’t want to be around friends and I was deeply unhappy.

When I got married, I lost my daughter a day after she was born at that point, a lot of emotions came up. I blamed myself. I thought it was a form of punishment for the abortions that I had. I thought my past had finally caught up with me. On April 15, 2015 I wrote to God: Dear God, I am finally in a place where I want to reconnect with you on a deeper level than I had even before we lost Apphiah. It was really not easy for me. In the process of working through my pain, I realized that my purpose was to be a source of encouragement for those dealing with various emotional issues. That is the moment that I decided to reach out to God and I accepted His love. Worshipping God helped me tremendously because I felt God’s love through it! I thought I knew God and was comfortable with our relationship, but after my daughter’s death, I realised that I had a lot to learn. Although I knew the words to say when people called to share their condolences, I couldn’t sometimes connect with my words or even the God I told them about. I was able to tell them God loves her more than me and He called her to a better place, but the truth is that I was pissed off about it. I was able to express that I know God loves me so much that my pain hurt Him even more than it hurt me, but the truth is I couldn’t see how it was okay for a God who loved me so much to hurt me the way He did. It was very unexpected that He let me go through that pain because as a Christian I thought He was meant to protect me from the pain, after all, He told us to ask and we shall receive. So, how come when I asked Him to save my daughter’s life and do a miracle He didn’t. He let me hold her until she passed and I didn’t understand it one bit.

This wasn’t the God I was accustomed to. As a result of my pain, my love for God turned into fear. Fear that He isn’t the loving father who only wants to spoil you and give you everything you want. Fear that this so-called loving father would let you go through intense unimaginable pain just to achieve whatever purpose and plans He made. You have to understand in January 2014 I was married, I had a thriving job at the bank, my career was looking up and by June 2015 I was empty. I still had an amazing husband but that wasn’t enough. I carried my daughter for 9 months, I was excited about being her mother and the thought that none of my expectations as a new mother would come to pass was devastating. I grieved my daughter, then I felt guilty, then I was ashamed. Success to me was having a husband, a great job and the baby was going to be the icing on the cake but that wasn’t my story. Instead, I felt like a looser. Although the doctors said that there were complications, I still blamed myself for eating junk and etc. I thought because of my past I didn’t deserve a child.

After accepting God’s love, I started walking through a different journey with Him. I felt vulnerable, completely honest about my life’s journey, my mistakes, my insecurities, my struggles and I wasn’t hiding my flaws. My loss felt like a price I had to pay. I fell into a depression until God saved me. God took me on a journey where I learned that my thoughts were a lie. Through the lessons and building my inner strength, I confronted my past. His grace helped me to break the ties that were binding me and today I am certain of who I am.

Being vulnerable allows you to be completely honest about your life’s journey, your mistakes, your insecurities and also your struggles. I am convinced in my heart that God loves me.

Therefore, I am no longer hiding my flaws. I realise I am valuable and I am good enough. God loves me. Although, I always felt like the ‘odd one’ all my life, through my daughter’s death God showed me I was living for the wrong reasons and the wrong people.

If you are struggling to be vulnerable, know this, you don’t need the validation of people. If you stay connected to God, accept your truth and channel it positively then you’ll live authentically.

Don’t ignore your emotions or pretend that it doesn’t exist, it is part of who you are. To become completely free I had to forgive myself and the roles that other people played. Lastly, I also had to forgive God.

Bolatito’s journey from bad, mischievous, careless and filthy, to Royalty, is indeed a struggle a lot of youths and even adults are facing today. But in the end, from Bolalito’s experience, it is clear that trusting God to hold your hand and walk with you, is the best thing that can happen to anyone who truly wants change.

How I Lost My 1st Child A Day After She Was Born – Ex-Gov. RASHIDI LADOJA’s Daughter, BOLATITO was last modified: August 5th, 2020 by Tayo Oyediji