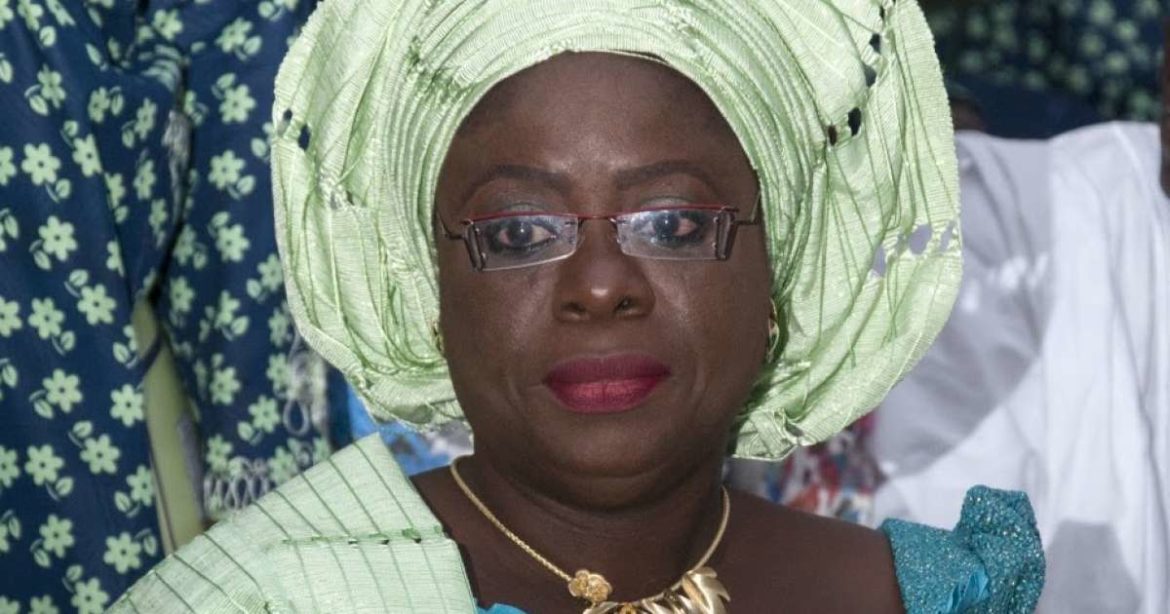 On Friday 22nd June 2018, Chief Mrs. Yetunde Onanuga threw a surprise classy, 60th birthday for her darling husband Otunba (Giwa), Biodun Onanuga, the Giwa Bobakeye. The Construction giant who was filled with smile throughout the event couldn’t contain his joy as he moved from table to table, greeting his large guests. The birthday boy looking stylish in a black striped shirt matched with a black pant is a complete gentle man.

The high point of his birthday was when he took to the dancing floor to dance with his wives. Yes, he is married to 2 beautiful women who loves him so much. Not many know this but he became a polygamist by circumstance. His first wife, Mrs. Yetunde and Marzella relate more like sisters. This is because they love each other as though they are blood related.

What is the love story of Ogun Deputy Governor? How did she meet her husband? How long has she been married? What has sustained her marriage? These were part of the many questions that crossed our mind as City People stormed Oriental Hotel that Friday.

Speaking with Ogun Deputy Governor on what she wishes her darling husband as he turned 60, she said. “I wish him long life and prosperity. May he continue to grow in good health and wealth.”

What is her love story like? “That is a long story but let me make it brief. I met my husband over 42 years ago at a social function in Lagos. It was in 1976 and I remember the first thing he said was excuse me dance. (Laughs) And the rest is history.

Mrs. Yetunde Onanuga revealed that there are many ingredients that makes marriage successful but the basic one is tolerance. Her words were “my advice for any young couple who want to get married is to be tolerant. Tolerance is the key to any successful marriage. Marriage is the only institution where you get your certificate at the beginning of your journey. Other institution, you get your certificate after the journey or years of course. That tells you to continue to endure as there are good times and bad times.

Mrs. Onanuga was not left alone until she spoke about how she juggles her role as a mother, wife and Deputy Governor. She explained that it is tasking but she has been able to multi-task so well and make sure all her roles are well balanced.

Her husband Otunba Biodun Onanuga who also spoke glowingly about his wife in an interview he granted “The Root” magazine on his role to his wife as the Deputy Governor.

‘Since we got married, she has always been an independent-minded person; I never interfere in what she does. In her thirty-two years in the civil service, I only got to her office about three or four times. I hardly know what they do in her office because we don’t discuss her official matters at home. When she is home, it is strictly home affairs.

Since she became deputy-governor, I had to withdraw again from very active politics because my activities might conflict with her roles. In our society, if I play active politics, rumour mongers and mischief makers might have full days with all sorts of unfounded stories.

“She has comported herself very well as deputy-governor. How does that rub on him?”

“Her being deputy-governor has affected me business-wise because people assume that as the husband of a Deputy-Governor, I have access to unlimited funds and jobs. However,  this is absolutely untrue.”

How I Met & Fell In Love With My Husband – OGUN Deputy Governor, Mrs. YETUNDE ONANUGA was last modified: July 2nd, 2018 by Abiola Orisile

How To Manage FIBROIDS The Natural  Way Without Going Through Surgery