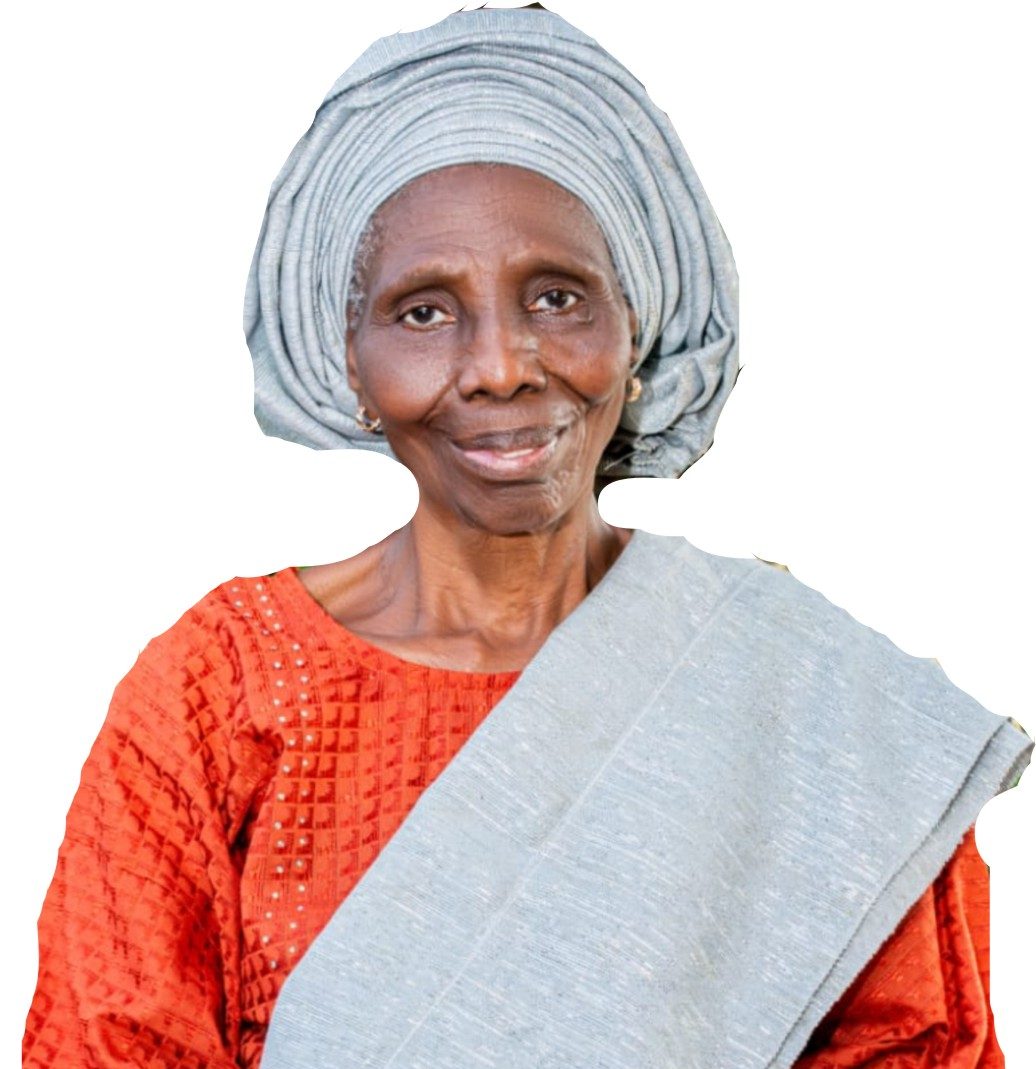 If you meet mummy for the very first time, you won’t know she is 80. She does not look it at all. But truth be told, Dame (Mrs.) Eunice Moyoforeoluwa Kayode (MFR), the founder of Omotayo Maternity Home, Ibadan is 80.

On Monday, 6th December 2021, Mummy Omotayo, who is well known in Ibadan, on account of how her Maternity Home has delivered thousands of children who today have become big men and women in society, will be celebrating her 80th. And her children, family members and friends will be organising a celebration of God’s faithfulness in her life, in Ibadan. There will be a Thanksgiving Service at Methodist Church, Oke-Ado and Reception follows at Felicia Hall, Jogor Centre, along Liberty Road in Ibadan. It promises to be a colourful event, as Aso Ebi has been picked for the event.

Though Mama is 80, she does not look it. Over the years, she has managed to keep her trim look. Even now, she is still full of life. She is still sprightly. Though playful, she is still as tough as ever. And she has retained her no-nonsense attitude. She doesn’t suffer fools gladly. She has always been known to be a disciplinarian.

A few days back, City People visited her, at home, in Ibadan and found out that not much has changed about her at 80. Although age has mellowed her a bit, but Mama, who loves football and doesn’t joke with The Methodist Church, where she is a Dame, is still as vibrant and active as ever.

In our interview with her, she told us how she resigned from St. Mary’s Hospital, Eleta in Ibadan in 1975, to set up Omotayo Maternity Home which has produced so many babies, who are now fathers, mothers, grandfathers and grandmas. She has also trained so many Staff Nurses and Staff Midwives. Mummy Omotayo, as she is fondly called, worked for the government before she retired as a Senior Midwife because she did not stay long enough to be a Matron. She was a Registered General Nurse and Registered Senior Midwife. What are her hobbies? Playing the Piano, Watching football at the stadium. She was a member of the female football team in her student years.

At 80, she has retained her very simple lifestyle. She does not wear Jewellery. A small earring is all she wears and her wristwatch. She loves Ankara a lot and cotton lace fabrics. She is a die-hard Methodist Church member, just like her late husband. We gathered that Omotayo Maternity couldn’t have been possible if not for the enormous support of her late husband, Chief S.O. Kayode Adedeji. He stood by his wife and did all the background work until he passed on in 2013.

Since then, Mummy Omotayo has been living her quiet life in Ibadan. She retired just around her 70th birthday. Omotayo Maternity is being managed by her daughter, Mrs. Olapeju Agunbiade, who is based in the U.K but now shuttles between London & Nigeria. Mummy Omotayo has 4 children and many grandchildren. Below are excerpts of the interview.

Tell us about your growing up and when you decided to come to Ibadan?

I grew up in my home town, Ilare, a town after Imokun in Osun State, it’s about 40 mins from Ijebu-Jesa.

When did you leave for Ibadan?

That was after I finished my education.

Why did you choose to be a Nurse?

I don’t really know but that is just what I liked. It was something I decided on my own, and fortunately, my parents did not disagree with me.

Where did you train as a Nurse?

At Wesley Guild Hospital, Ilesa. Then, after my training, I came to Ibadan for more training then I started working in Ibadan here.

At what point did you set up Omotayo Maternity?

How easy was it at that time, setting up?

It was so difficult but interesting, but I made up my mind that whatever happens, I won’t quit. Because there are other people like myself in such a situation and decided to go for other things, but in my own case, I made up my mind to face all the challenges, and here we are today.

In the beginning, how was it?

Like I said, it was extremely difficult, because it was that particular time I started my training, and by and by everything went on well.

I guess you started very young at that time?

I wouldn’t say I was young. I was mature.

Looking at your days as a professional, what were the experiences at that time?

It wasn’t difficult for me to practice. Why? Because it’s what I have a passion for.

Let’s talk about your growing up years with your parents, how was it?

My growing up years with my parents were extremely difficult for me, why? because they always refer to me as a problematic child. And my mother wouldn’t allow me to do whatever I liked because I was very stubborn, my father always beat me.

How about your marriage ma? How did you meet your late husband?

It is the same way people meet their spouses. It is natural. And it always comes naturally. I met my husband at Wesley Guild in Ilesa and one thing led to the other.

What was he doing for a living then?

He was a teacher when we met. He taught at various places before he started working with an Insurance Company. I think his teaching was a kind of attachment. Something you have to do before you qualify for something. At that time when we started, our love affair, he was at Wesley College, while I was at Methodist. So, there is no difference. It was natural.

What has life taught you at 80 ma?

Life has taught me a lot. I’ve seen a lot, which my children can testify to. But here I am today, that problematic child then. I give God the glory.

You ran Omotayo for how long ma?

I ran Omotayo till I was in my late 60s. I retired when my son had his triplets, and the triplets are 8 years now. So, I would say I stopped active work 8/9 years ago. So, I worked till 70+. So after my son had triplets I stopped working and I called my daughter to come back home and take care of Omotayo Maternity.

And she has started running Omotayo since then.

She has no choice because she wouldn’t want all my efforts to go down the drain. There are lots of people that wanted to come and work in Omotayo then, but I said no. I noticed if I agree, the stress will be too much, so I decided to hand it over to my daughter.

Why did you call it Omotayo then?

There were lots of hospitals then. I wrote out 3 names in 3 different places, then, I started picking 1 out of the 3 names in 3 different places. But lo and behold, 1 picked the same name from that 3 places. So I had no choice but to go for it. Though some people told me that some people are already using Omotayo but I wasn’t bothered because I’ve never seen the person nor the hospital.

So what and what did you put in place that made Omotayo Maternity one of the best then?

I didn’t tell my mother early that I have a hospital. But many of our people that came to Ibadan, I always help them and they go back and give my mother feedback. My own is to always stand with people and assist them whenever they have any challenges. I was just doing my thing, not knowing that people were watching. I always made sure there was no complaint, and I wasn’t bothered about people’s bill. If you tell me you don’t have money, I will let you go. I was passionate about my work. I guess these are the things that made Omotayo a household name. It’s not by my power. Then, in a year, Omotayo was delivering close to 2000 babies and that made Omotayo popular in Ibadan, you can imagine 2000 babies in a year for 40 years!

Anytime you hear some of these great testimonies, what always comes to your mind?

I always give thanks to God and always pray for more, to go more further.

Tell us about your love for football?

I fell in love with football from my Primary School. I was in the female football team at Wesley Guild Hospital in Ilesa.

Why didn’t you choose to be a professional footballer then?

Because I can’t leave my children. Footballers then used to travel a lot.