How I Started My Music Career 20 Years Ago – Popular ABEOKUTA Juju Singer, ALAYO 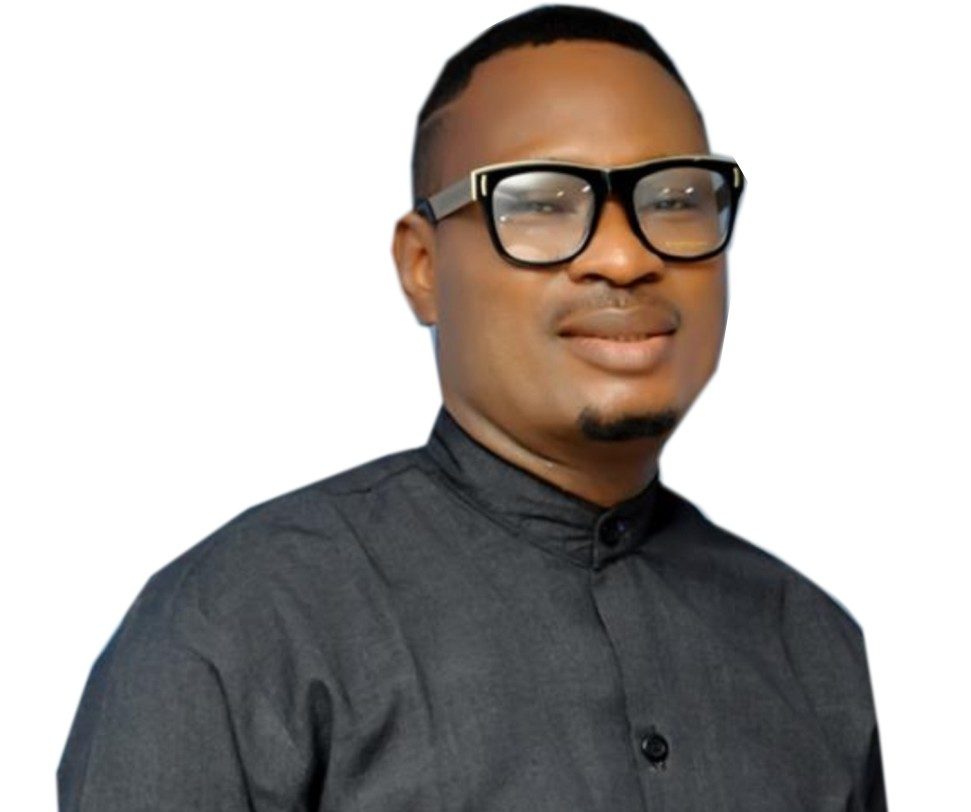 Akinola Ayoola Michael, popularly known as Alayo Melody Singer is a popular Juju musician in Abeokuta who is also the rave of the moment. He has a unique style of singing which stands him out always.  He was also born into a celestial family, this explains his love for deep Christian songs, but he also performs well when it comes to Islamic songs. Last week, he celebrated 20 years on stage at The Marquee, Olusegun Obasanjo Library, Abeokuta and the event was graced by the movers and shakers from in and outside Ogun State. In this interview with BUNMI MUSTAPHA, Alayo opens up on his journey into music 20 years ago and his love for law and police force.

You celebrated 20 years on stage last week, can you tell us how the journey started?

To God be the glory, the journey started on November 4th, 1999, when I was invited to my church. When I came to Abeokuta in 1998, I was attending a church at the Lantoro area, but my church then invited me to lead their choir because of the misunderstanding in the choir then. It was the Celestial Church of Christ Olomore. When I got to the church, they wanted to pay me, but I told them to allow me to do the work of God, but after the rehearsal, I was given money. The  Holy Spirit spoke to me that I would be paid for what I enjoying doing and that means He has a plan for me. So I went on fasting and prayer, afterward, our choir was invited for a burial in Sango which I was the vocalist of the church, by that time I never planned to have my own band, but we go to churches for revival. After the fasting and prayer, God told me He has given me a name, which I should go and listen to the live recording of the event in Sango, where I realized I was singing Alayo Singer all through. So in November 1999, 6 of us started a band, Yemisi Akinbo, Arionla Badejo, Niyi Afinsulu, Dele Lyon,  Kasimawo,  Gbenga and David. That was how it all started, and I have been with the same church Olomore since then.

Was it when you were young you discovered that you were going to be a musician?

Not at all. I was born in a Christian home, and since then I had been an ordinary choir, but I never knew I was going to be a real musician. I have always wanted to be a lawyer or a policeman. That has always been my dream, but when things were not going fine, because I was born into a polygamous family, and there were so many battles, that was when I came to Abeokuta. I was born and brought up in Lagos, and when I came to Abeokuta my intention was to come and learn how to be a pharmacist, so I was still learning when I started a band. I was born in Iyana Ipaja.

Why did you want to become a lawyer or policeman, initially?

It was because I like fighting for people. I don’t like it when people are being cheated. I have always had that feeling since I was young, and my father was a policeman, so I love the police force. My plan was that, if I get to school I will study law and later cross to police, but God had other plans for me.

What are the challenges you went through when you first started your career?

One thing about me is that I am the kind of person that is focused. I don’t get distracted, I am a very ambitious person and I have always known that.

How did your parents react when you went into music fully?

Actually, my father is late now. He died in 1998, it was when he died I decided to come to Abeokuta because if my dad was alive he won’t permit me to come and live in Abeokuta.

We come to Abeokuta once in a year during December festive period. My mum didn’t know I had started music professionally. She thought I was still learning at the chemist. It was the church that actually encouraged me, they gave me money to write Neco GCE, then I proceeded to Moshood Abiola Polytechnic to study Business Studies with the help of my church. When I finished learning, there was no money to establish, so the person I was learning from Mrs. Abosede Osahun (she died three years ago), gave me opportunities to learn a lot about medicine and chemist. In 2005 when I had my firstborn, I rented a room and a parlor, but I didn’t have the full payment, I deposited some money with the landlord and told him I will pay the next week. There was a commander at the navy I usually played for, commander Niyi Daniel, if he calls us for a show, he doesn’t give us money until after the show. When his mum died, he called us to come and play at Ikun, Akoko in Ondo State and as usual, he didn’t pay.  The event was two days after my son’s naming ceremony, which I told him I will get to Ondo on Thursday. A day to the event, I was hoping I would pay all my debts for the naming and the house rent, the little change I had on me was what I gave the driver taking us and the instrument to Ondo, it was when the band usually sits on speakers no matter the distance, we left Abeokuta around 2am and got to Ondo by 9am. When we got there, the man said he was expecting me to be in Ondo since Thursday and I explained to him and the agreement we had, he said he does not need our services anymore. He insisted that the navy band that played for the wake keep should play for the burial. At first, we thought it was a joke. We set the instrument we started singing and even the cassette we recorded was ready. they didn’t give us food. By 4 pm when he didn’t come to our stand to dance and it was getting late, I started crying.

When we got to Abeokuta and I told my mom what happened, she said she already told me not to go into music that it was not an easy thing. There was no food at home, I had a debt to pay here and there. I will never forget that day, but I told myself that if the likes of Sunny Ade can make it in music, I will also make it. I told my mom not to worry when she said I should look for small money to open a chemist, I told her no; I was going to succeed in music, and here we are and I thank God.

There is no time you sing without mentioning your wife’s name, and when you mention your name you will add Yetty Mama’s husband to it. Can you tell us how and when you met your wife Yetunde?

I met my wife Yetunde in the year 2000 when I was preparing for my Neco Gce Exams. That day, there was nothing in the house to eat. One of my friends who was living with me, he is from Ondo, and he is close to the Shepperd of the church my wife attends. That day the Shepperd said he was going for a naming ceremony in the camp area in Abeokuta. There is a popular celestial church in the camp where the Shepperd was attending the naming. So he invited my friend and we decided to go together so we can eat, at least twice and we can also bring food home. On getting there, we met my wife and her friend Bose Babarinde. They were also guests. My friend said we should approach the ladies, but I told him I was not interested because I have not eaten all day. So I asked him to choose one to talk to, and I started talking to Yetty to while away my time and one thing led to the other and we are still here today.

How has the journey been in the last twenty years?

So many things have happened in the last 20 years. In those years, there was a time all the band members said they were no more interested, but God didn’t leave us. We have gone to shows that people still owe us till date. We have done shows and people start fighting because they want to collect money, but we thank God for the grace of God.

All the 20 years journey was God.  Within the journey, I have people who have given me a car gift.  The first person that gave me a car was Prince Adebayo in Ota. I went to play for him and there was traffic and the bus we hired didn’t come on time. When we finished the show and I explained to him, he gave me a car key. It was a space bus.

So far 20 years on stage, we have built houses, and music has taken us to different countries, like London, South Africa, Dubai, Cairo, Nairobi, and many more. I am not calling myself the king of music, but today we have so many people singing Alayo style, in Abeokuta, Ibadan, Ijebu, Abuja even in the north. My first album was Ileri Oluwa. I did 200 copies I didn’t sell up to 10.  The rest are in the house. Then, it was cassette, the second album was Mysterious Glory, then I did Ayo Ayeraye after then I did Ire Gbogbo. After Ire Gbogbo, I did Joy In Praise, then Hallelujah and Ojo Ayo. I have close to eleven albums.

Can you give me an insight into your background?

I was born in Lagos on the 1st of February, 1975. My primary education was at Alaguntan Primary School, at Iyana Ipaja, and my Secondary School was at Awori Anglican Comprehensive High School, Ipaja Lagos. I proceeded to Moshood Abiola Polytechnic, Abeokuta where I studied business studies for my Ordinary National Diploma, then later to National Open University, where I did Criminology and Security studies. I am married with kids, and my parents are from Abeokuta Ogun State.

READ ALSO: WHAT SEYI TINUBU SAID ABOUT HIS MUM @ 60

How I Hit It BIG In The U.S-CHICHI DIKE