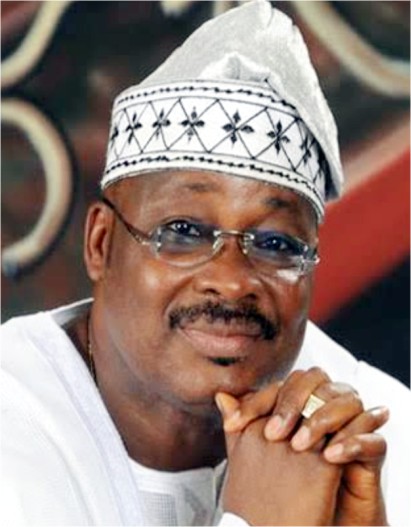 Last week Thursday, 25th June, 2020, was indeed a black day for the people of Ibadan and Oyo State generally.

The political, social and business circles were thrown into a deep mourning, as the ancient town and the capital city of the state, Ibadan lost three of its prominent sons. Former governor of Oyo State, Deputy National Chairman (South) and the Acting National Chairman of the All Progressives Congress (APC), Senator Abiola Ajimobi; a veteran theatre practitioner, Gbolagade Akinpelu aka Ogun Majek and the elder brother of late business mogul, Alhaji AbdulAzeez Arisekola-Alao, Alhaji AbdulRasak Alao all died the same day, last week Thursday.

That Thursday, it was the death news of Ogun Majek that first came up in the morning. He had suffered from a heart related illness before he eventually lost the battle. While the late veteran actor was being mourned, however, the passing unto glory of former Oyo State governor, Abiola Ajimobi, was announced in the afternoon. The sad news hit the people of Ibadan and Oyo State badly.

But as if that was not enough, later in the evening of that same Thursday, Arisekola’s elder brother, Alhaji AbdulRasak Alao also died.

While Ajimobi was said to have died of an underlining ailment triggered by the deadly coronavirus, he had earlier been rumoured to have died the previous week and the death news was outrightly denied by the family before he was officially pronounced dead last Thursday. He will be missed by all and sundry, especially within the political circle. Where he had contributed immensely after his retirement from the corporate world. He was a senator, a two-term governor and top man at the national level of his party, APC. Love him or hate him, Ajimobi was an enigma. He was a highly intelligent and well-exposed man. Boisterous, classy and smart. He died at age 70.

Ogun Majek on the hand was a known actor who contributed greatly to the growth of the Yoruba genre of Nigeria’s film industry in his lifetime. He had been battling a heart-related illness before he eventually died. In fact, at a point of his sickness, he had to seek the general public help to be able to go for surgery. It is not clear whether he was able to raise the required fund before his death. He died at his Imolenfalafia Ibadan home last week Thursday, the 25th of June, 2020.

He was buried the following day according to Islamic rites. Alhaji Okin, like his late younger brother, was also a successful businessman in his lifetime. He was survived by wives, children and grandchildren. He was aged 79.

“Though he has been down with some old age related illness for some days now but his condition has since improved. So, he died when it was least expected,” a family source told this reporter.

Alhaji Okin, in his lifetime, was a known businessman whose business interests cut across Real Estate, Oil & Gas and Auto. He was a family man to the core.

He will not only be missed by his family and children, but also by his friends and business associates, as he has been described by many as a peaceful, lovable man.

Arisekola-Alao, it would be recalled, died in London on 18th June 2014.

Ask Dr Love: Help! My Man’s Thing Is Too Big For Me!