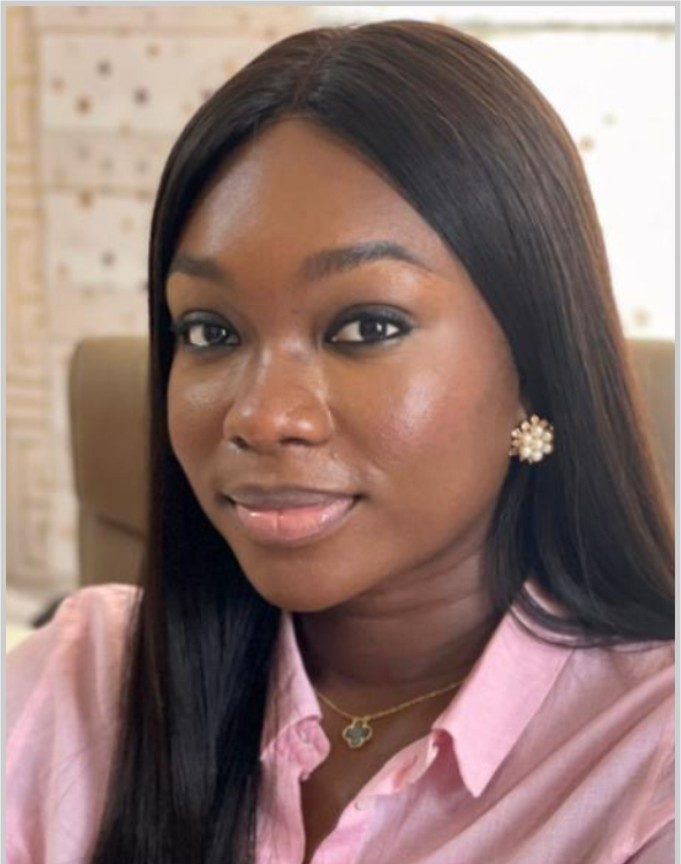 Debbie, the second daughter of famous Sports Journalist & Founder of BRILA FM, Larry Izamoje is a beautiful lady who is very brilliant. She was announced as the Chief Operating Officer (COO) in 2020 when she was just 26. Call her the youngest COO in Nigeria and you won’t be wrong.

Also known as the Entrepreneurs Best Friend, Debbie holds a B.Sc in Information Management from the University of Sheffield, United Kingdom and an M.Sc. in Management from University College London (UCL). She also holds certificates in Innovation and Strategy from Harvard University and user innovation from the Massachusetts Institute of Technology (MIT).

Straight from school, Debbie started Image Boosters, a digital and PR agency to help brands with digital marketing and to improve their visibility and public relations. She also started coaching the next generation of entrepreneurs, as an author and TV and radio host.

A Columnist for ThisDay Newspaper and Bellanaija, she also hosts a TV show for Business Day-Nigeria’s only business show targeted at millennial entrepreneurs called Mind Your Business, as well as a radio show for Brila FM. In this chat with IYABO OYAWALE, she talks about her dad, family, and plans for the Brila Media brand.

How has your day been?

It’s been a very busy day because we officially announced the launch of our Port Harcourt station today, 10th November 2021. Not busy in terms of work but just calls, messages, I have virtually been on my phone all day just replying to messages and talking to people. So, it’s been a good day so far. We thank God.

Were you shocked when Brila Media announced you as the COO?

Was I shocked? No. I wasn’t shocked because myself and the Chairman always had a succession plan in place and a timeline for the succession plan. This has been in place since I was in University. What I read was also part of our plan. So, I won’t say I was shocked. Maybe, the timing shocked me in terms of how quickly everything happened but I think maybe it was because I was able to quickly learn on the job but in terms of the position and responsibility given to me, no. Not necessarily.

Did you think you were too young for the position? You are 27 now?

Yes, I am 27 but I don’t think I am too young for the position because I think now the world has changed. In the past, you had to be a bit elderly to hold certain positions but I have done things, so I have work experience. I also went to some of the best schools. I went to EPL, studied Management there. Went to FBI Barcelona studied Sports Management there, Harvard, MIT, so I think I have been well-repped for this. But apart from the education, I spent about 4, 5 years in the organisation before I was announced as the COO. What that means is that I was working with different departments, getting to know even the people that supply our diesel. So, it is not necessarily a factor of age but the maturity of the person involved.

Would it be right to say you are waiting in the wings to be the CEO after your Daddy retires?

(Laughs heartily) I would say it would be right to say so.

What would you describe as your main duties and responsibility now?

I tell people that my job is to ensure that Brila doesn’t die or fail,  literally from ensuring that our sound is great and the marketing is going well, so literally everything that ensures the business is doing well. It can be content or maybe they are playing one match there, is our logo on the pitch panel? Operations represent every aspect of the business.

So, now we are in Port Harcourt, I need to let everybody know but I also need to ensure that the people in Port Harcourt are producing the same quality that we have in Onitsha, Abuja or Lagos. It’s everything and very hard to put pen to paper and say this is exactly what my job is because sometimes it feels my job is everybody’s job.

Would you say your background as a digital marketing/PR person prepared you for what you are doing now?

Yea definitely. One of the things I am happy about is that I am bringing innovation into the business. Before I joined Brila, we were strictly a radio station but we are not anymore. We have people that are connected to us from all parts of the world. This morning, I saw Turkey, Malaysia, different parts of the world and that was only made possible because of the experience I had while running my digital agency and also knowing how to put the brand in front of people and ensure that people never lose sight of what Brila stands for.

Your company, Image Boosters successfully rebranded Brila FM to Brila Media. How were you able to do that?

There was a lot of research, number one. A lot of research went into how radio operates in other countries. But apart from that, we tried to understand what people want from the radio because in this generation, when you enter the cars of most young people, you will see they are not necessarily listening to the radio anymore, they are probably listening to music on their phones and all that.

So, we needed a way to connect to people so we started by doing research and just asking people, “what would make you connect to radio?” And we realised that people wanted visuals so people wanted to, it is not just enough in those days to hear the voice of their favourite presenters, people now wanted to see their faces, connect to them and message them and hear them say I have seen your message. That research was literally the beginning of the rebranding, changing the logo, making things more appealing and more youthful and I think that has worked for us in the past 5 years.

When you call it Brila Media, what should fans or followers expect?

Brila Media is now visual, what I describe Brila Media is, it is a Sports Hub. It means it is the house of different sporting activities. Number one, we have our website (www.brila.net) where you get content of what mostly Nigerian sports people are doing across the world.

This is for you if you love to read, you don’t necessarily want to hear anything, we have that content. We also have our sports TV, we actually have a license for that but that is like our long-term plan. And obviously, we have a radio but apart from just terrestrial radio, we now have our visual radio. So obviously, we have the app but then we have the visual radio where you can see everything that is happening in the studio.

And even with brands, you know how on TV, there is a way that you can watch TV commercials, this year, we incorporated that into our visual radio. So just the way you can watch a TV commercial, you can also watch the activity of what happened on football last night and that is mostly on our Facebook fan page until we decide to move it to a different platform.

Does that mean Image Boosters is no longer in operation?

Image Boosters is still in operation but the thing is, if I am given something, I am very dedicated, so it is either I am in or out. So what we have done is to outsource our services to a partner agency so we are still operating and I am still a director, of Image Boosters but I won’t necessarily say I am COO involved in the day-to-day running as I was before because now I have more people to cater to, a huge business to cater to but obviously, Image Boosters still comes into even work with Brila on some jobs that involve digital services.

What about entrepreneurs’ Best Friends?

I believe that I will always be an entrepreneur best friend because even from this interview, you can see that I love to talk (laughs) and I love to talk about business. So, it will still always be a part of me. But, I think that will be more of a long-term plan. The thing is when I started all these things, I had just moved back, I had just finished school and as a young person, I was trying to find where I fit, I was trying different things to find what made me excited but I really feel like I am walking in my purpose and I feel like purpose is the most important thing and things like Entrepreneurs’ Best Friend and other long-term plans I have thought of will come when I am settled in my world at Brila. But, they will be more like long-term and future plans.

Why Many Big Men Now Suffer From High Blood Sugar