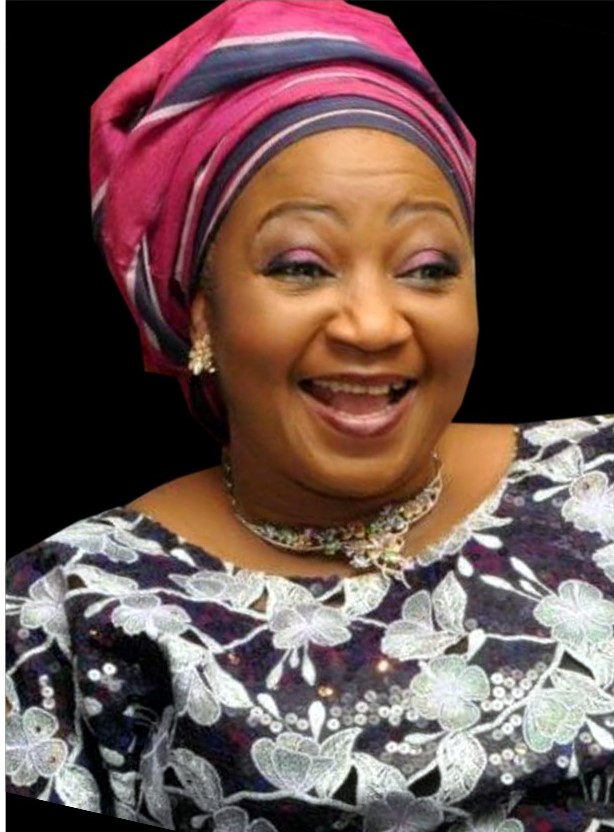 •And Survived It Before Her Untimely Death

•Dies A Month After Her 58th Birthday

The entire families of the pan-Yoruba socio-political organisation, Afenifere, Pa. Reuben Fasoranti was thrown into mourning on Friday, July 11th, when one of their daughters, Funke Olakunri finally bowed down to death. The society woman bade the earth farewell when she was gruesomely murdered by some armed men along Ore-Sagamu Expressway in Akure, in the Odigbo Local Government Area just one month after her 58th birthday.

Before her death, she was her bubbling self and always full of life. Death was cruel taking away the unassuming and pretty woman. She was rushed to the hospital after sustaining several gunshots and died at the hospital on the same day of the incident. It is very demoralizing that despite that she had cheated death for 20 years, she had to die through these unknown assailants. A close family source disclosed that Mrs Funke Olakunri’s death may not have been perpetrated by Fulani herdsmen unlike what was reported in the last few days because eyewitnesses who were the people inside the car with her revealed how the incident happened.

Following the death of Mrs Funke Olakunri, the security men have reportedly begun to make some arrests. Since her death, more facts have emerged on the killing. One of the survivors of the incident revealed that those who killed Mrs Olakunri, although were armed to the teeth, they were not robbers, as their intention was to kill and not to rob. His account of the incident contradicted the earlier position of the Federal Government which linked the incident to armed robbery before later labeling the perpetrators as an armed gang. The driver who drove her narrated that the attackers, who emerged from the bush along the Sagamu-Benin highway, numbered between 15 and 20. He said there were phones, money, jewelry and other valuables in the car which, according to him, the assailants had all the time to cart away if the intention was to rob, but did not go with any of the valuables. Another survivor and driver of the deceased, Tayo Ogundare, said the attackers, who were masked, shot sporadically at their vehicle, aiming to stop them and other vehicles from escaping from the scene.

He said he had to maneuver the vehicle and reverse in a bid to escape from the attack which occurred just after the Ore Toll Gate, saying the gunmen kept shooting at their car till he and others managed to escape into the bush. He, however, said the deceased was unlucky as she was hit by the bullets and died at a hospital due to gunshot injuries.

He explained that apart from him and the deceased, other domestic staff of Olakunri, including the housemaid, Vivian Justice, and a member of the family of the deceased, Boluwaji Iwajomo, were also in the vehicle. Torrents of tributes have been sent to the deceased’s family, especially her husband and her father and their 2 children. Late Funke Olakunri’s last days were beautifully spent. Knowing her or meeting her, you will never trace or see any form of illness as she was always happy and looked very fit. She was said to have battled cancer for 20 years before she finally met her untimely death. A staunch member of the CLAM church, Lekki where she worships, she was still in church penultimate Sunday before she travelled during same week and got killed on Friday. One of the tributes by a close family written on her social media page expressed how she cheated death by surviving cancer for 20 years. Her post reads, ‘’Lost for words, Egbon mi Atata, The light and life of every family gathering. Always well packaged, Always well turned out, Always on point, You cheated death for 20 years, You did not deserve to die this way. O Death, where is your sting? O Hades where is your victory? Through it all, God remains God forever. RIP my Darling Egbon’’ and when it was a week, she posted, About this time last week, you prepared to leave Akure for your trip back to Lagos.

Little did you know that it would be your final home call and that exactly 7 days after, we will be holding a commendation service in your honour. It is certain that we all owe death a visit one day but then to be gunned down suddenly by men who are nothing but animals in the prime of your life is too painful to bear””!. Late Funke Olakunri’s classmates have also expressed my condolences on the passing of one of their own. They are members of the 1973/77 Set of Olivet Baptist High School, Olivet Heights, Oyo. President and Secretary of the Olivet 73/77 Set Association, Mr. Tunde Sunmonu and Elder Iyimide Akinbohun wrote and spoke on behalf of all the old students. Funke’s father, who is a 94-year-old man is one of the worst-hit and he also narrated that he saw his daughter last on Friday morning the day of the incident when she came to bid him farewell. Funke is also an alumnus of Federal School of Arts and Science, Ondo where the association has also condoled with the family.

The worst hit of all is her husband, Mr Idowu Olakunri and her 2 children, Oyindamola and Craig Wieder whom we gathered came home from America recently to see her mum and Oluwafeyisike and Olubunmi Omosehin. She is survived also by her aged father, 3 grandchildren, Oluwasemilore Omosehin, Omolara Omosehin and Oluseyi Wieder. Her siblings are Olubunmi Iwajomo(deceased), Olufunmilayo Fasoranti, Kehinde Fasoranti and Taiwo Fasoranti. Her nephews include Adeboye, Boluwaji, Abidemi Iwajomo, Zarek Fasoranti while her nieces are Oluwatobiloba Sowemimo, Tolulope, Gabrielle, Olamiposi Fasoranti.

The final home going of late Olufunke Oyeyemi Olakunri’s started with a service of songs/commendation service on Friday, 19th July 2019 at Harbour Point Event Centre organized by CLAM Church led by Pastor Tunde Kolade while the funeral service took place on Monday 22nd July at St. Davids Anglican Cathedral Church, Ijomu, Akure, Ondo State and the interment followed at the church cemetery. Late Olufunke was a lawyer by profession, she finished from Lagos State University, 97 set. She was born on 11th June 1961 and died on July 12th, 2019, she is aged 58years. She also attended The Polytechnic Owo from 1979/1983.