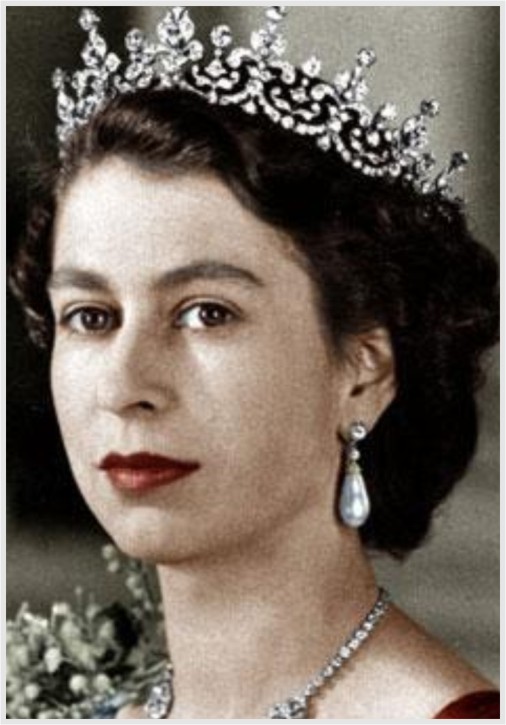 Not many people know that the name, NIGERIA, came from the girl friend of our colonial Master, Governor-General, Lord Legend in those good old days before we got independence. It was Flora Shaw who gave Nigeria its name. She suggested it to the man who later became her husband and he accepted it. How did the name come to be?

The name Nigeria, was minted in the 19th century, in the year 1897. It happened during the colonial era when most African countries had not been in existence. As of then, Nigeria was referred to as merely geographical and not a country.

“The word Nigeria is a mere distinctive appellation to distinguish those who live within the boundaries of Nigeria and those who do not” Obafemi Awolowo.

The origin of the name “Nigeria” lies within the river Niger. Niger is the British way of referring to Blacks. Before the naming of Nigeria, it used to be called The Royal Niger Company Territories. The naming of our great country was by a woman who isn’t a Nigeria, not even an African. Her name was Flora Shaw.

Lady Shaw was a British journalist and activist; fighting against Slavery. She worked as an editor of The Times. She was a fantastic woman who helped found universities, schools, and other infrastructure in places in the world.

Afterwards, Flora Shaw got married to the colonial administrator, Frederick Lugard, and became Lady Flora Lugard. Below is her story.

Dame Flora Louise Shaw, The Lady Lugard DBE (born 19 December 1852 – 25 January 1929), was a British journalist and writer. She is credited with having coined the name “Nigeria”.

She was born at 2 Dundas Terrace, Woolwich, South London, the fourth of fourteen children, the daughter of an English father, Captain (later Major General) George Shaw, and a French mother, Marie Adrienne Josephine (née Desfontaines; 1826–1871), a native of Mauritius. She had nine sisters, the first and the last dying in infancy, and four brothers.

Her paternal grandfather was Sir Frederick Shaw, third baronet (1799–1876), of Bushy Park, Dublin, and a member of Parliament from 1830 to 1848, regarded as the leader of the Irish Conservatives. Her paternal grandmother, Thomasine Emily, was the sixth daughter of the Hon. George Jocelyn, and granddaughter of Robert Jocelyn, first Earl of Roden.

From 1878 to 1886, Shaw wrote five novels, four for children and one for young adults. In her books, young girls are encouraged to be resourceful and brave but in a traditional framework, acting in support of “gentlemanly” fathers and prospective husbands, rather than on their own behalf. Shaw’s ideology was both sexually conservative and imperialist.

Her first children’s novel, Castle Blair, was translated into several languages and continued to be extremely popular in the UK and the US well into the 20th century. It was based on her own Anglo-Irish childhood experiences. Charlotte Yonge recommended it along with works of “some of the most respected and loved authors available in late Victorian England” as “wild… attractive and exciting”.The critic John Ruskin called Castle Blair “good, and lovely, and true”.

She began her career in journalism in 1886, writing for the Pall Mall Gazette and the Manchester Guardian. She was sent by the Manchester Guardian newspaper and was the only woman reporter to cover the Anti-Slavery Conference in Brussels. She became Colonial Editor for The Times, which made her the highest paid woman journalist of the time. In that connection, she was sent as a special correspondent to Southern Africa in 1892 and in 1901 and to Australia and New Zealand in 1892, partly to study the question of Kanaka labour in the sugar plantations of Queensland. Penneshaw, South Australia is partly named after her. She also made two journeys to Canada, in 1893 and 1898, the second including a journey to the gold diggings of Klondike.

Her belief in the positive benefits of the British Empire induced her writing. As a correspondent for The Times, Shaw sent back “Letters” in 1892 and 1893 from her travels in South Africa and Australia, later published in book form as Letters from South Africa (1893). Writing for the educated governing circles, she focused on the prospects of economic growth and the political consolidation of self-governing colonies within an increasingly-united empire, with a vision largely blinkered to the force of colonial nationalisms and local self-identities.

The lengthy articles in a leading daily newspaper revealed a late-Victorian metropolitan imagery of colonial space and time. Shaw projected vast empty spaces awaiting energetic English settlers and economic enterprise. Observing new landscapes from a rail carriage, for example, she selected images which served as powerful metaphors of time and motion in the construction of racial identities.

When she first started writing for The Times, she wrote under the name of “F. Shaw” to try to disguise that she was a woman. Later, she was so highly regarded that she wrote openly as Flora Shaw. Her pseudonym is now little-known, and she was regarded as one of the greatest journalists of her time, specialising in politics and economics.

Shaw first took advantage of a journalistic opportunity while she was staying with family friends, the Younghusbands, in Gibraltar in 1886. There, over four months, she visited Zebehr Pasha, a slaver and former Sudanese governor, who was incarcerated there. Her reports purportedly led to his release.

Flora was required to testify before the House of Commons Select Committee on British South Africa during the controversy on the Jameson Raid into the Transvaal on 29 December, 1895. The prominent journalist had corresponded frequently with those involved or suspected of involvement, including Cecil Rhodes, Leander Starr Jameson, Colonel Francis Rhodes, and Colonial Secretary Joseph Chamberlain. She was exonerated from all charges.

In an essay that first appeared in The Times on 8 January, 1897, by “Miss Shaw”, she suggested the name “Nigeria” for the British Protectorate on the Niger River. In her essay, Shaw made the case for a shorter term that would be used for the “agglomeration of pagan and Mahomedan States” to replace the official title, “Royal Niger Company Territories”. She thought that the term “Royal Niger Company Territories” was too long to be used as a name of a Real Estate Property, under the Trading Company in that part of Africa. She was in search of a new name, and she coined “Nigeria”, in preference to terms, such as “Central Sudan”, which were associated with the area by some geographers and travellers.

She thought that the term “Sudan” was associated with a territory in the Nile basin, the current Sudan. In The Times of 8 January, 1897, she wrote: “The name Nigeria applying to no other part of Africa may without offence to any neighbours should be accepted as co-extensive with the territories over which the Royal Niger Company has extended British influence, and may serve to differentiate them equally from the colonies of Lagos and the Niger Protectorate on the coast and from the French territories of the Upper Niger.”

Shaw was close to the three men who most epitomised empire in Africa: Cecil Rhodes, George Taubman Goldie and Sir Frederick Lugard. She married, on 10 June, 1902, Lugard, who, in 1928, created Baron Lugard. She accompanied him when he served as Governor of Hong Kong (1907–1912) and Governor-General of Nigeria (1914–1919). They had no children.

While they lived in Hong Kong she helped her husband establishing the University of Hong Kong. During World War I, she was prominent in the founding of the War Refugees Committee, which dealt with the problems of the refugees from Belgium, and she founded the Lady Lugard Hospitality Committee. In the 1918 New Year Honours, she was appointed as a Dame Commander of the Order of the British Empire.

READ ALSO: MY FRIEND IS PREGNANT FOR MY FIANCÉ!