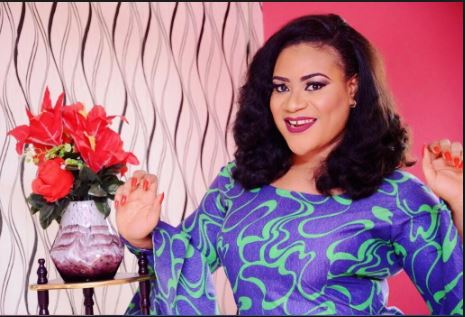 If you meet the top actress, Nkechi Sunday Blessing for the very first time there is no way you won’t take a 2nd, a 3rd or 4th look at her. She has a mind-blowing figure and smooth skin. Over the years she has become a household name in Nollywood, having featured and performed excellently well in many movies. Nkechi is popularly called Omoge Lekki after her very first movie which she did in 2016 which launched her to the limelight. She is from Abia State but was born & bred in Surulere, Lagos State.

She is a Lagos State University graduate. She has a degree in Theatre Arts. She went further to study International relations at Houdegbe North America University, Benin Republic.

After school, she met her friend Kemi Korede who after seeing her passion for acting featured her in her movie Omo Bewaji in 2008. Gaining grounds, she also met Emeka Duru who offered her a role in Emem Isong’s movie, Through Fire.

Blessing also starred in Alakada Reloaded, When Hell Freezes, Unrequitted, The document e.t.c. In 2012, Blessing traveled to South Africa and there she met Tope Bali who featured her in the movie “Kafila Omo Ibadan”.

She made a debut in her career when she produced that has the movie, Omoge Lekki, a movie about the fake lives of young girls living in Lekki. She also produced 3 other movies; Fiditi, Church Girls and Don. She was our guest at City People Movie round table last week and she spoke about how her curvy shape helped her career blossom. She was dressed in a jumpsuit which revealed her mind blowing figure.

How has it been since you started and how many years now?

It’s been a while since I started. So many people think I just came from nowhere but like I tell people I have been in the industry for 10 years. It’s been amazing, but the whole thing came forth in 2016 when I shot Omoge Lekki.

It’s been amazing. The Yoruba people are very accommodating you know a Yoruba girl.

How have you been coping, you are Ibo yet you speak Yoruba fluently?

It’s been very easy because I was bred and brought up in Lagos. It’s very easy for me to speak Yoruba fluently. I can even speak Yoruba more than I can speak my language. It’s that bad.

How did acting starts for you?

While I was growing up I used to do a little bit of drama when I was in primary school. From there I saw the trace of me being an actress and I did 6 month course from Lagos State University.

My first movies was Omobenaji by Kemi Korede, she saw my moves and she invited me from there I started doing one or two roles from referral. I don’t really go to so many auditions.

What’s your relationship with Temitope Bali?

I was in her movie in 2012, we met in South Africa, then I had the blonde hair. When she saw my blonde hair she asked if I’m a actress, I said yes that I’ve done couple of movie in Nigeria. Then she said she would want me to stare in her movie because of my hair and to way I look the movie is Kafilah Omo Ibadan in 2012 in South Africa, funny enough I’ve not even see the movie up till date but the thriller was everywhere and so many people started calling me that they saw me in the movie, and started calling me for jobs. We finished it in South Africa. We came back to Nigeria to shot some scenes too.

I changed the game when I did Judasi. I showed them talent. They saw me from the normal Omoge Lekki that knows how to shake her bum-bum.

How do you always prepare for your character each time you get a role?

What about you shape?

How does your backside makes you feels?

Laugh! It makes me feel good because I cause lots of stares each time I’m passing, and I have to be happy in my own way.

What’s your relationship with your colleagues?

We have a normal colleague to colleague relationship. I am not too close to so many people in the industry. When he met on-set we relate well and nothing more.

What about the male actors?

We get along fine, once they give me character to act, if it’s to kiss he we kiss, if it’s smooch we smooch. We must do it perfectly. The only scene I will not do is going nude but apart from that, I can kiss, I can smooch, I can do anything as long as just acting and I’m off.

Which of the caucus do you belong. You are always feature in the Ibadan Caucus?

Wale Rasak is always calling me for job in Ibadan, he also shot my second movie, Fiditi. He has a cordial relationship with my marketer, Hibee Picture.  So whenever he’s casting he make sure I’m on his cast list.

Afeez Owoh is my boss.

What really inspires your career?

I think my passion for wanting to be on a big screen. I am showbiz myself, I like fashion and style. And I know showbiz is perfect for my physique. I think it’s just a passion for what I love doing. And one of the aspect of life is being confident in oneself, you can always express yourself wherever you are and you have to have the charisma to always prove to people that you can do it.

You don’t just wait for people, you need to show the world that you can do it, and the world will come for you, and it comes with a passion. Nobody will promote you if you don’t promote yourself.

Now lets talk about your background, where were you born and what was your growing up like?

I was born and brought up in Lagos in Surulere. I went Olu Abiodun Nursery and Primary School. Befroe that my late father was an ex-police officer so he was always move from place to another. In Surulere I went to blessing N/PO from school Surulere we move to Slliot in Iju Ishaga where I went to that Olu Abiodun Nursery &Primary School.  From there I went to Barachel Model College, I went for a 6 months, course from Lagos State University on Theatre Art, from there I moved to Houdegbe North America. University in Cotonou to study International Relation.

How was your experience in Cotonou?

Fantastic, because there I read about been going into politic but my passion kept calling because whenever we are in school. I am always acting, making people laugh, and I was like “Nkechi are you sure you want to be a politician”? Let me just follow my dream and I find myself in the industry. 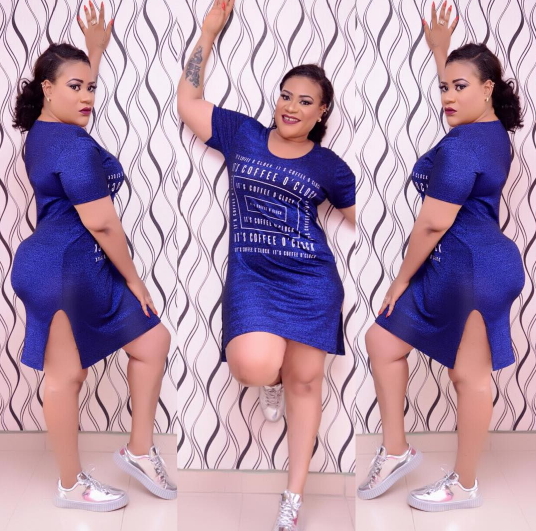 What’s your mum’s role in all these?

My mum is also a showbiz person, so she supported me 100%.

What does she do?

She was one of the famous bar owners in Abule Egba. She was also about fashion and lifestyle so her daughter going into showbiz wasn’t a problem for her. My mother has also been in the new before I started acting, so many newspapers, magazines always talked about her. Lots of upcoming artist and musicians used to come to our shop. So its been like an in born thing, showbiz in the blood.

I’m not, not that the guys are not coming but I had to take my time to actually look for the right person, because I want my marriage to actually be my own marriage.

So what kind of man do you life?

Off course I’m fine, so my husband needs to be handsome, tall, dark extremely nice and caring.

Don’t you think your kind of work can make it be a little be challenging in settling down?

I am a very easy going person. A man that will marry will need to be understanding he needs to know the kind of job I do. That is why I need to marry my best friend who will support me in all I do. But if I want to get marry today and my husband said Nkechi quit acting, I will quit.

What’s your relationship with Toyin Aimaku, you guys seems to be very close?

Whenever I look at Toyin I always see myself in Toyin Aimaku like I want to be like her even more than her if possible because she’s a fantastic actor and I look to her in so many aspect of acting. People do say that  “Oma Tinsebi Toyin”.

Well, I learnt from the best. She’s my role mode apart from her is Mercy Aigbe. Both of them are my role model.

I Have Enjoyed Acting For The Past 45 Years – Popular Actor, AKINTOLA AKIN-LEWIS