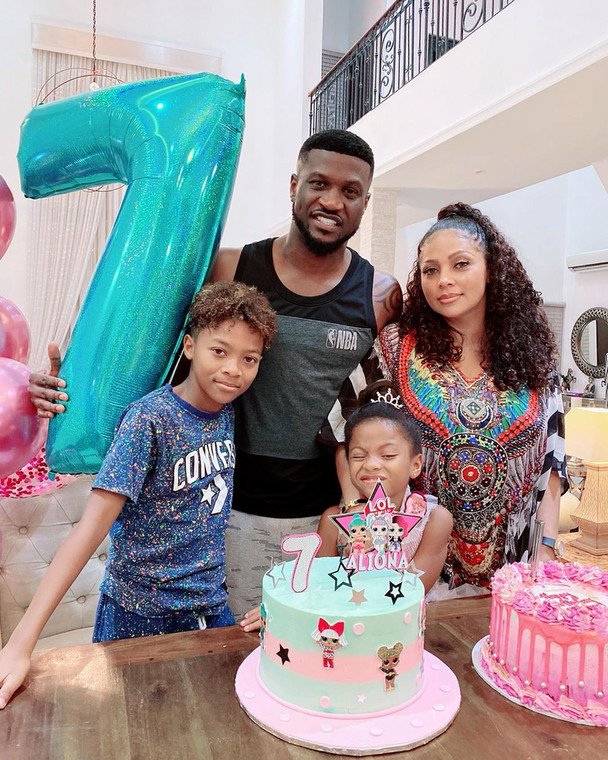 Nigerian singer, Peter Okoye, better known as Mr. P, has narrated how he and his family recovered from COVID-19, after battling with the respiratory disease for about three weeks.

The 38-year-old songwriter took to his social media handles on Saturday to disclose that Lola Omotayo, his wife, and Aliona, his daughter, as well as two of his domestic staff were infected with the virus earlier this month.

Cameron, the couple’s first child, was however not infected with the novel coronavirus.

Peter said his decision to open up on how he struggled with the virus alongside his family was to encourage others in ensuring compliance with the government’s safety guidelines.

“Just to let you guys know that for the past three weeks, I have been sick and most people don’t even know what was wrong with me,” he said in a video shared on Twitter.

“I was sick and I tested positive for COVID-19. I decided to open up because I think it is going to encourage a lot of people concerning social distancing and other safety guidelines. Even two of my domestic staff had the virus followed by my daughter.”

The former member of P-Square, a now-defunct music group, also recounted the trauma he and his wife went through when their daughter contracted the virus.

“The doctor insisted that she (my daughter) had to be self-isolated in her own room. But my wife did something very courageous, she said no. Meanwhile, I was also self-isolating in the guest room. I can’t even see my daughter and I was feeling bad because I felt I was the one who brought the virus to the house. It was so bad that I was checking on her through video call. After about six days, my wife also tested positive,” he said.

The music star, however, said they have all tested negative to the virus after undergoing treatment.

“I am happy to announce that my myself, wife, daughter, and the two of my domestic staff are now negative,” he added.

Sancho Will Not Look Good In Liverpool Shirt – Jurgen Klopp