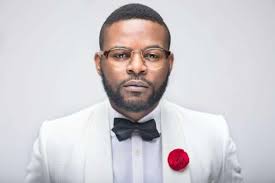 Folarin Falana, popularly known as Falz the BAHD guy is one very talented Nigerian music artist whose songs carry a strong message, with key punchlines that stay evergreen in the hearts of his fans and concerned Nigerians who seek true change in the country’s socio-economic system.

From his music, comedy, video-skit, he puts his best to infuse morality and the need to fix socio-political decadence that is eating of the Nigerian economy and polity. He has indeed blessed our mediums with his creativity, talent and undeniable sense of humour. He is the son of popular Nigerian lawyer and activist Femi Falana. He also learned the ropes from his father on social activism, which reflects in his craft. He spoke to City People Online Editor SEUN JOSEPH recently about his brand, life and career

You stormed the industry as a resolute and fearless fighter from the start, and you have not stopped speaking truth to power. What is the inspiration?

Of course, it’s my dad. You know growing up as a son of a man of that nature, there’s no way you will not be inspired, you know. He definitely played a big part in inspiring me and bringing out the activism in me. It’s always been in my music like you said and, and will always continue to be.

Has the system ever fought back in that regard, have you ever been challenged?#Not necessarily. Although people always asked me do I get threatened? Is your life at risk and all? But the truth is no. I don’t feel threaten or at risk

What was your dad’s position when he discovered your brand of music is revolutionary? Was he concerned?

At all, it will be funny if he was scared or concerned. I think the word would be proud.

Primary school, secondary school was here in Nigeria but my University was in the UK, where I studied Law, and then returned to Nigeria to the Nigerian Law School Abuja, after which I was called to the bar in 2012.

Oh yes. I was working in my dad’s firm shortly after I was called, during which of course I appeared in court and took a few cases myself

Did you win any of these cases?

(Laughs) There was one I was very close to. You know the way it is in the firm, its not just one person on a case, it’s the whole firm that handles the case at a different point in time. So, it was a very interesting experience and I’m happy I did it.

Do you see yourself holding a political office anytime soon?

Well, I will like to influence what is happening in our society but as it stands, I do not have any intention of joining politics at all.