How My Father, OGOGO Made Me Go Into Acting – SHAKIRAT TAIWO Tells City People 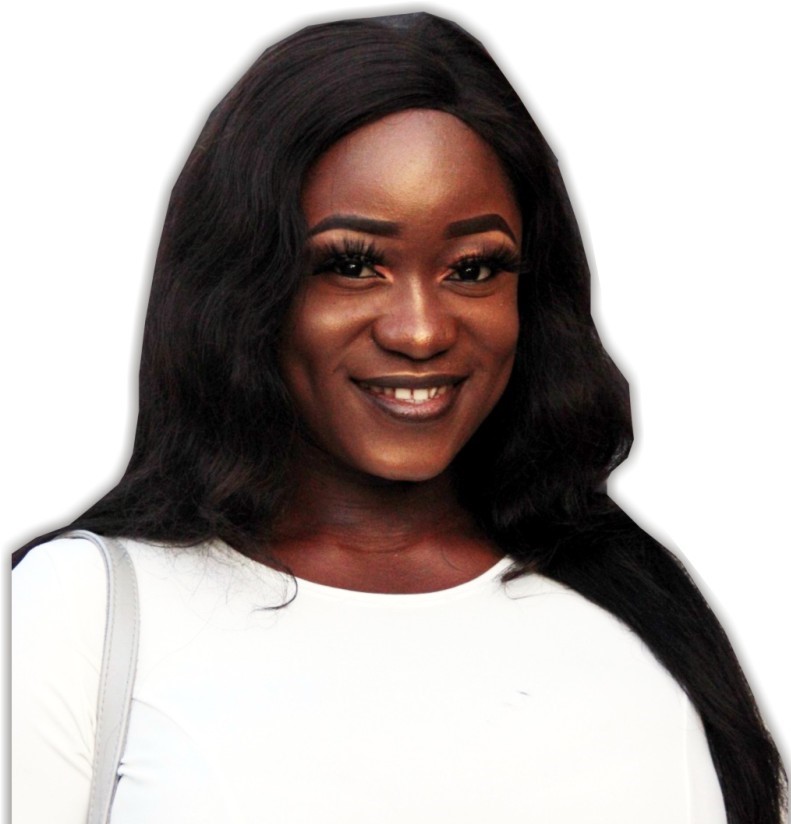 Shakirat Taiwo is the melanin, sexy, endowed actress and daughter of Alhaji Taiwo Hassan popularly known as Ogogo. Ogogo Omo Kulodo is a living legend in the Movie industry who has carved a niche and name for himself. He majorly takes active roles in Movies and that has made him stand out among Nollywood actors. Shakirat is a carbon copy of her father, Ogogo. She has a National Diploma in Business Administration from Gateway Polytechnic. She is a multi-talented actress and has featured in different blockbusters movies and skit, including Ko Fa Ja, Mofe, Rihannat, Olorun Oba Eto, Iwe Eri Igbeyawo to mention but a few. She is the third child of the veteran Ogogo.

Sunday, 13th day of October 2019 marks City People Movie Award and he was honoured for his contributions to the entertainment industry for more than 25 years. His daughter Shakirat was there to represent him and there she granted an interview with City People Society Reporter TITILOPE OGUNLEYE, where she spoke about her career, family and how she has been able to manage her sexy looks.

Your dad is a veteran in the Movie industry and he is receiving an award for his enormous contribution to the entertainment industry for over two decades. How do you feel about it?

I feel very honoured and excited that my father can still be recognized in the industry as a living legend. My father is my first love and I am really happy and grateful on his behalf and I am saying a very big thank to the board and management of City People Magazine for this honour. Thank you so much.

A lot of us out there know Ogogo as a strict actor that takes no nonsense in movies and that to a large extent might define his personality. How will you describe him?

He is not as difficult as it is pictured in movies. Yes my father is a disciplinarian and as a father, he needs to guide us to the right path, but then he is not a difficult person as he is painted. He would not take nonsense but then if you get close to him, you will find out that he is a confidant, listener, adviser and mentor. He has an amazing personality and he is not as hard as people tag him. I think people got that impression about him from his roles in movies. He is an action man because he grew among soldiers, so the action life is inbuilt. My dad is soft-hearted, blunt, principled, religious and very friendly. He is a very religious person but also respects our choices when it comes to religion. He guides us but will not force or impose any doctrine on us.

He is popularly called Ogogo. How did he get that name?

Ogogo is not a nickname but a family name. Ogogo Omo Kulodo is like a eulogy for the family.

Has your father’s identity given you acting roles in the industry?

I am an actress, but you don’t get to see me in movies like that because of the way the industry is. I know by Gods grace I will produce my own movies and I don’t need to get involved in some immoral things to become famous.

Why did you take after your father’s passion?

It is not like I took up after my fathers passion but I have always loved cultural and social activities from primary school. In secondary school, I was an art student and you will see me in every drama, cultural dance, playlet and antilogy dance. I am always involved in the social activities from childhood, so I have always known that I love acting and I will become an actress. There is room for mistakes and improvement and I know with consistency I will get better than my father.

How long have you been in the Movie industry?

My dad told me that he got me registered into the Movie Industry [Odunfa Caucus] in 1998 but I’m a registered member Tampan for about three years.

Do you think you get movie roles due to your father’s credibility?

No. For some weird reasons, some actors have actually told me that they want to make me a star because my dad gave them the limelight in the industry but they want me to date them. I won’t do that because my father has a name he has built for years in the industry. I don’t want to soil that name or drag it in the mud with scandals. It is believed that nothing comes for free, but then it is what it is and I don’t have to be a superstar at all cost. I’m not in a hurry. When it is my time, nothing can stop it. I am patient and not in a rush because I know it will be.

Did your father groom you in acting?

I have always loved acting. While growing, I pick up different roles and do rehearsals in my room. My dad also encouraged me and corrects me when I make mistakes.

What is that role that you can never act?

I won’t act a role where I am trying to portray someone having sex or go nude. I have a name to protect. I won’t go nude even if it involved millions because the money would be exhausted but the name would remain. It is like a stigma that would remain.

Who are those actors you look forward to acting with?

I would really love to work with Funke Akindele, Toyin Abraham, Odunlade Adekola, Salami Rotimi and a host of others.

Who is your favourite actor of all time?

My dad Alhaja Taiwo Hassan Ogogo is my favourite actor of all time.

Your dad is married to many wives. How has he been coping?

My father is not married to many wives but two. I have two mummies. Our family is one family filled with love. He groomed us well and we know better than to be involved in the rivalry.

Has your father’s fame rubbed off on you in any way?

Yes, in many ways. I love like my date so much and I get that attention most of the times, even in commercial buses and I get a lot of love from people. They transfer the love from my father to me and I thank God. That love has opened a lot of doors for me and I am grateful to God for it.

How My Father, OGOGO Made Me Go Into Acting – SHAKIRAT TAIWO Tells City People was last modified: October 22nd, 2019 by Titilope Ogunleye

How BISI OLATILO Show Became A BIG Brand In 20 Yrs