How My Son, BUNMI’s Death Took Me Off The Scene – Tastee Fried Chicken Boss, PAMELA ADEDAYO 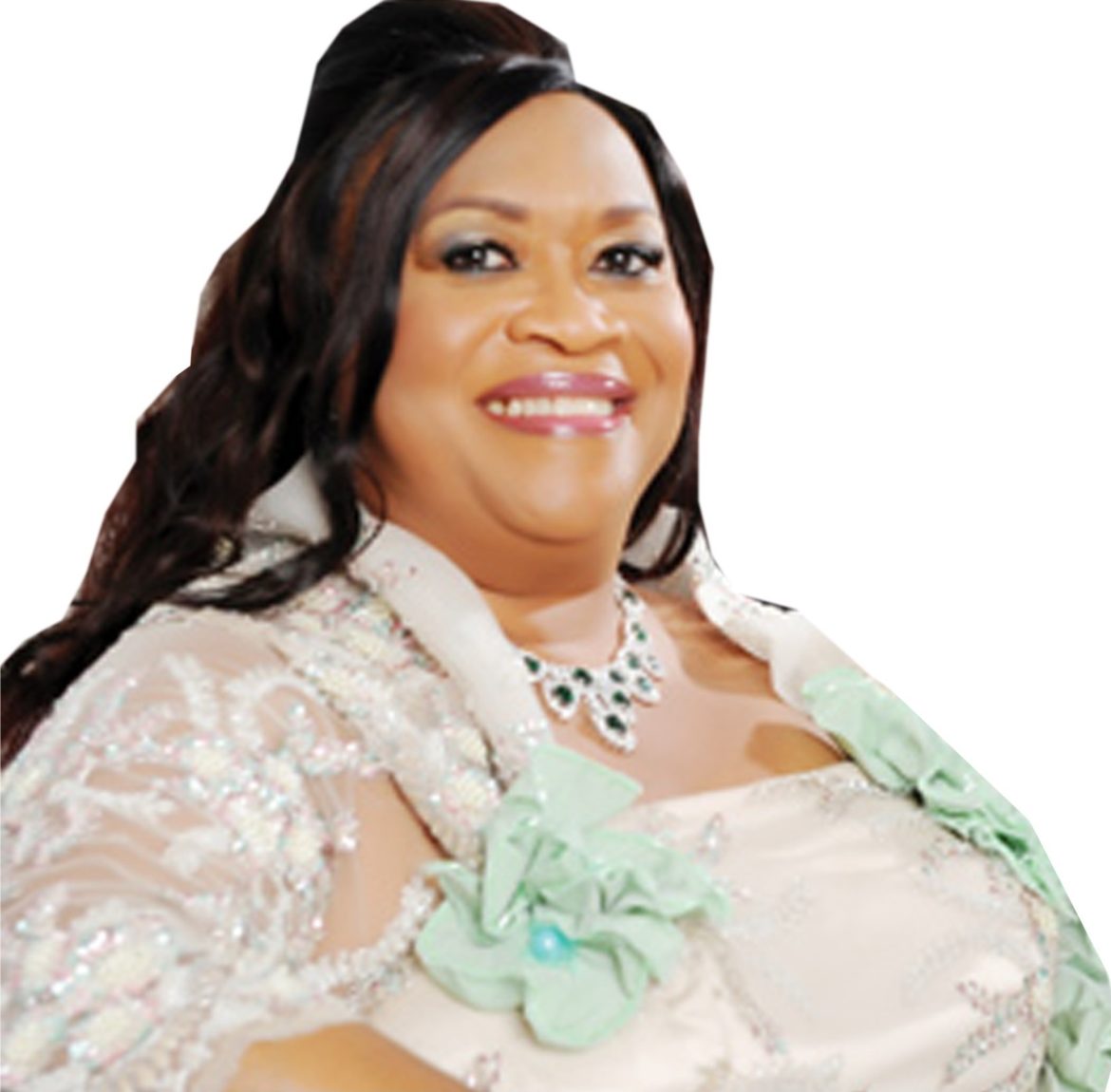 For Tastee Fried Chicken boss, Olayinka Pamela Adedayo, life has not been fair but God has been gracious and faithful unto her ever since she lost her only child, Bunmi Adedayo, to the cold hands of death 6 years ago. It was a death that got her down emotional because of her unreserved love for her late son, but the owner of the quick service restaurant, Tastee Fried Chicken chain, has since taken solace in God since the demise of her only child.

It has been 6 years ago, but it looks like yesterday as the late Bunmi’s foundation which was founded in his memory, will continue to portray his philanthropic life after his death. Popularly called Mama Tastee, Mrs Pamela Adedayo, is not a small fry in Nigeria. She is one of the many women who are doing great in their chosen career. She has built an enviable empire for herself and has made an impact on the lives of many people through her large heart. She is very sociable and you will always see her at her friend’s functions. A bubbly woman she is when you meet her at parties and as she has been so committed to her life of service so she is to everyone that comes in contact with her. After her son, Olubunmi’s died, she gave the social scene a wide berth except for her church activities.

She stopped going out for many social events. She has now bounced back fully to the social scene and always looking cheerful and happy. Not until last year when she stepped out at Lagos society woman and former Lagos Commissioner, Teju Phillips son’s wedding in Lagos. We gathered she shares a close family bond with the Phillips family. She was looking her happier self and also rocked the lovely luxury Velvet Lace picked for the wedding. She sat with her friends at the party. She was also sighted recently at Lekki British School’s founder, Biodun Laja’s burial to honour her family. One of her memorable outings was at Lagos society woman, Hajia Abba Folawiyo’s sister, Ranti Johnson’s 60th birthday, a few weeks ago in Lagos. You would surely mistake Mama Taste for someone else. She appeared extremely happy and you could see the joy in her heart on her face at the event. The birthday party was very iconic for her and she made it known to everyone. Madam Pamela’s mood and spirit throughout the day were lifted that from the very first minute the celebrator walked in, she was part of the women who welcomed her and felicitated with her.

In fact, she was seen at the forefront alongside the likes of Sen Ita Giwa and Hajia Abba Folawiyo dancing in with the celebrator. She adorned a crispy luxury white lace and a beautiful silver colour turban and her signature eyeglasses. Without makeup, she looked ravishingly beautiful and you could see that she has gradually got out from a closed shell. Not only was she at this party, but she also did one of the things she has never done before. She came out to address the audience, it was the time when close friends of the celebrant were given tributes. She explained why it has not been easy coming out in public after her son’s death and the reasons she had to speak in public for the first time.

In her words, “it is very difficult for me to be out here this afternoon but I just have to. It has not been easy, this is the first time I will be out and around in a gathering after I lost my only child 6 years ago but I give glory to God. I have to come and say a big thank you this woman, Ranti. Thank you very much for being there for me when we floated the foundation of my son. She said she was going to assist me, and we took up from putting up the library and equipping some of them at Lagos state Government schools. she took all this upon herself. She was also very supportive in helping out in painting of one of the schools. I have never seen a person with a godly heart. May God be with you. You will not die young. Just keep doing what you are doing’’. Her tribute was followed by rounds of applause and a bit shocking because no one expected it.

In memory of her late son, Bunmi Adedayo, who died 6 years ago, Mama Tastee floated a foundation in his honour, the foundation was set up to propagate the dream of Oluwabunmi Omotayo Adetokunbo (OOA) Adedayo who passed on to glory on 25th September 2013 in Pretoria, South Africa. The foundation is building on Olubunmis’ altruistic dreams.6 years can never be enough to mourn one’s child but God has kept her so strong to cope and come to terms of losing a dear child. Her love for her son is unquantifiable and no wonder she always pencils a love note to his son after his demise. One of such notes expressing her innermost feelings was written within the first 3 months he passed on,

This is a JOURNEY no one would choose to take. Grieving the loss of you, Omo mi OLUWABUNMI, is the hardest work I will ever do. It takes time and millions of tears to even get to a place of “okay” in this Journey. My grief is personal, follows no timetable and is different for every single person.

In my dreams, you are alive and well; in my soul, there is a HOLE that can never be filled. But in my heart! There is HOPE, cause Yimika and Morolaoluwa are here with me.

In my plans, I was the first to leave. But death has robbed me of all the dreams I had for you, and all that we could have shared but not my love. Not even death can take that from me. I am very glad that I loved you my Precious child. Though it may be true that we are apart from this CHRISTMAS, you will live forever in my heart my precious child. I love you son to infinity and Beyond. Your Beloved Mother, Olayinka. 25th December 2013. Today, 1st of September 2013 marks the third year I last heard you called me Mom, ha! I am still trying to accept the decision God made. l drive myself crazy for a hint or a clue, of why at 36 He had to take you, my precious child. I would have made the choice if I’d been given one, that day that someone will die; either you or your Son. I would have stood tall and cried, Lord!!! Let it be me!

But obviously God doesn’t work that way, for whatever reason, He wanted you that faithful day (25th of September 2013). Every day for 3 years, l can’t tell you goodbye. I only say I love you and try to concentrate. Time cannot erase the sorrow and pain that I feel, nor can it make things better or force my heart to heal. Time should mend a broken heart. That’s what they say, but time never changes the fact that you have gone away from me OLUWABUNMI OMO MI OWON. SUN RE O!, Baba Iyanuoluwayimika, Baba Morolaoluwa.

In another tribute, she wrote, Death like a Dream, I wish you did not have to go, my son; I wish I did not have to live without you. It was never in our plans when God gave you to your dad and I that we would one day have to bid you farewell. But the same God who gave you to us has called you home to his side. Oluwabunmi, although you were an only child, you gave me the opportunity and freedom to nurture so many children. At a certain point, there were 11 children under our roof. You were so selfless and never jealous; it gave you much joy to share your parents with others.

My love for you knows no bounds, my son. I recall our last conversation before you fell ill when I told you I could give my life for you if need be and you said to me, “mummy, I am the only one who is able to give my life for you”. I never thought you would actually die soon when we had that conversation. The love that binds us is so strong that even when the doctor pronounced you dead at the hospital, I screamed your name severally and you came back. And you held on for 3 more weeks beyond the 24hrs the doctors initially gave you.

When the time finally came for you to answer the call of the Lord, I called your name “Oluwabunmi Omotayo, omo inu mi o” 3 times and asked you to open your eyes if you can hear me and you did. You smiled when I told you your beloved Oluwayemisi and your children were with you. I am thankful to God I was able to place your hand on my chest and pray with you. I most especially thank God for the time we spent together in joy and love, though short, who am I to question God? Oluwabunmi mi, our bond was not of this earth, it was heavenly given and even death has not succeeded in breaking that bond. You have not left me alone Oluwabunmi, you have given me Oluwayemisi, Iyanuoluwayimika and Morolaoluwa-Oluwabunmi. Sleep on, my precious child, my true friend, our Angel, I love you son to infinity and beyond.

One of their tribute reported in the papers written by OlayinkaAdedayo and her husband,AdekunleAdedayo’’ then goes thus,”The only thing we never got a chance to say (because we never thought we would ever have to) is that we will miss you, We will miss your smile and laughter, Your eyes dancing with mischief as you sought to put smiles on other people’s faces. You were a man of peace. You truly are that gift immensely and redefined generosity. You had an exceedingly large heart. As we struggle to come to terms with the fact that you are no longer physically with us, we thank God, for the rarest gift he could ever have given us, which is you.”

The TFC boss honours her son every year and at the first remembrance, the headquarters of the fast-food joint on Victoria Island, Lagos was renamed Bunmi’s Place, while other outlets across the country remain TFC. Until his untimely death, Olubunmi was the Executive Director of TFC.His parents staged a superlative wedding for him and his heartthrob, Yemisi10 years ago in Dubai, the United Arab Emirates and the union is blessed with two lovely kids. Oluwabunmi greatly loved and cared for his wife and children; he was a devoted father to his children. Oluwabunmi Adedayo was a disciplined businessman, a distinguished gentleman, cousin, uncle, husband and Father who touched many lives till he departed.

What Govt Should Urgently Do For Property Developers – Real Estate Player, DAVID EZEODO

Police unravel mystery behind the rat & baby’s ear in Ontisha