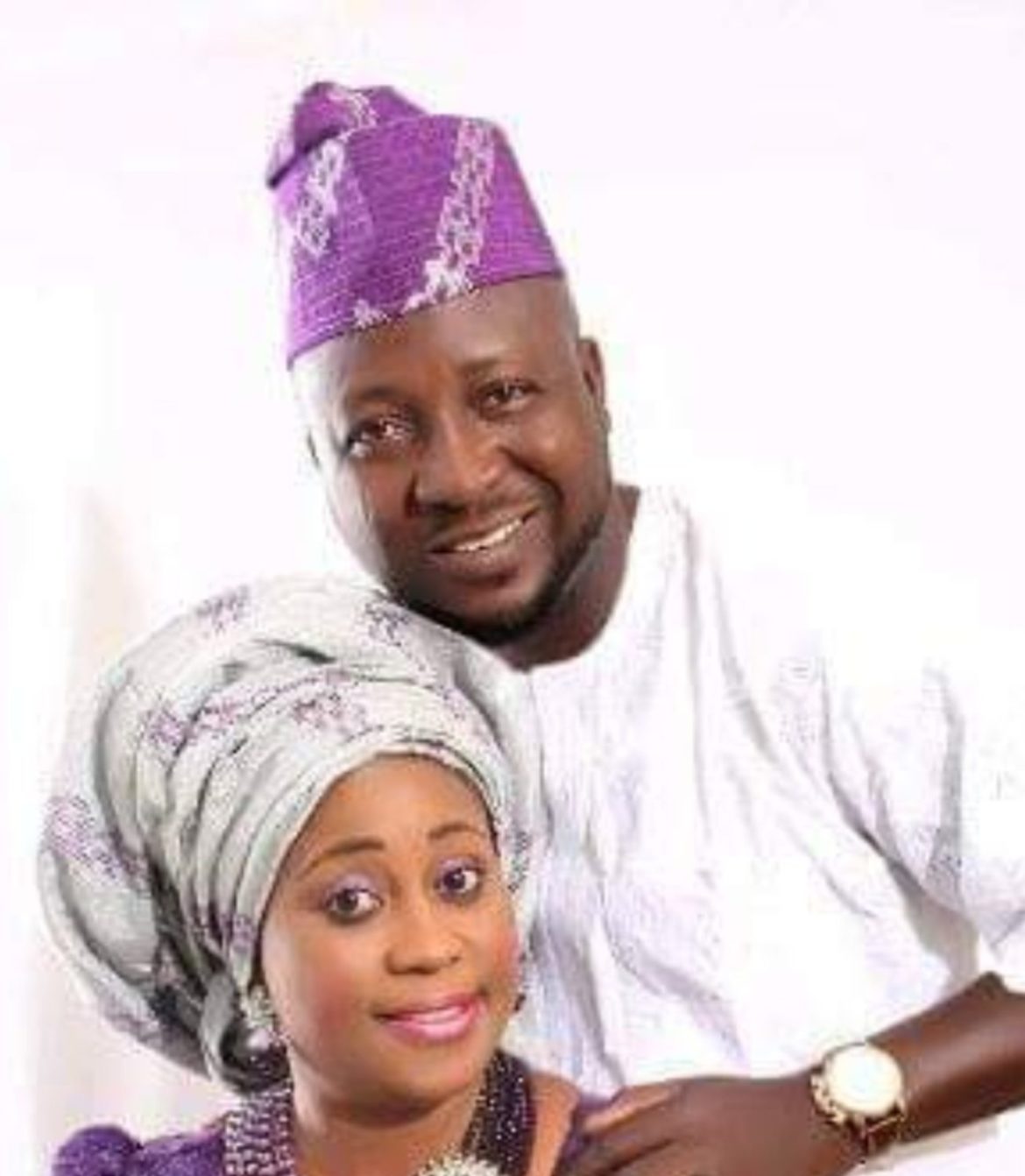 The Lagos State Governor’s Chief Press Secretary, Mr Gboyega Akosile, has narrated how he and his wife narrowly survived the dreaded Covid-19 pandemic challenge. Gboyega, on his Twitter handle on Thursday, narrated their experience.

“Thank God I am back at my duty post! I returned to work today, Wednesday, August 5, 2020 after several weeks away, battling the monstrous Coronavirus.  It began with a feverish condition on Wednesday, July 1, 2020. I usually don’t joke with my health so I stopped at a pharmacy on my way home, got an anti malaria drug with some paracetamol and I used it as recommended.

I must state here that I have never completed a full dose of any malaria treatment or drugs before getting back on my feet in my adult life, never! In fact, you would have to remind me sometimes before taking my drugs because I would have felt well after taking the second dose.

This time, I completed the malaria medicine yet there was no improvement. By Thursday (July 2) evening and Friday (July 3) morning, my health condition had started to deteriorate. The feelings gradually moved from headaches to severe body pains and cold. Same day, I had a responsibility to organize a media briefing for my boss. I didn’t raise the alarm just yet because everybody was wary of everyone else, especially if you showed any signs of illness. But the truth is I was sick, terribly sick.

I told my wife on Thursday evening that there was a need for us to get tested for COVID-19. I convinced her that we needed to clear all doubts. She understood clearly, knowing it may not be out of place that I had been exposed to the virus, especially now that Lagos was experiencing rise in community spread. We drove straight to the Yaba Infectious Diseases Hospital on Friday morning and in less than an hour; the very efficient Lagos health workers in charge of sample collection and testing attended us to.

Although he was not ill and showed no signs of COVID-19, I encouraged my driver to join us for the test. We left for Marina to continue with the day’s official activities. While Mr. Governor was briefing and responding to questions from journalists, I stood there on the beautifully tendered State House lawn shaking from within. I could feel that my legs were wobbling from inside my bone marrow. Not even the beauty of the grass, which I usually admire, could calm the way I felt.

I remember how much I tried to keep more than two metres away from some colleagues who had come to me for some clarifications on issues or points raised by Mr. Governor. Since I was not sure of my status, I needed to take responsibility by ensuring that nothing was discharged into the atmosphere from my side.

I waited till the end of the press conference, managed to move towards my boss but ensured that I didn’t move close to him. In that socially distanced position, I informed him of my state of health and his response was direct, “have you gone for another test?” He asked because he had mandated his entire close aides to go for COVID-19 test on two or three occasions. He has also done the test repeatedly, just for everyone to feel safe around the office. I answered him in the affirmative, “yes sir, I just did this morning. Results should be out on Sunday.” He then said I should go home for a couple of days. I thanked him and I left the State House.

No sooner had I left the State House than the real symptoms started in fearful proportion. To be honest, I was scared. I had never felt that way before in my entire life. Driving from Marina to Ikeja felt like travelling from Lagos to New York. The vibrations and other bodily pains I experienced that day can’t be described here. I rolled from one end of the vehicle to another. All I remember was my driver’s voice, saying “epele sir (sorry sir)”. It was excruciating! By the time we got home, my eyes had turned red, with the retinal looking the other way. My wife took over immediately as the resident nurse. She was scared too but she summoned the courage and took charge. She insisted we went to the hospital. We did. I told the doctor that I had gone for COVID-19 test but he said he would place me on another round of malaria treatment.

I took some shots that evening, repeated them on Saturday morning and evening. I went again on Sunday morning but there was no remarkable improvement. By Sunday evening, our COVID-19 test results were sent to me via email. My worst fear stared at me in the face; we all tested positive for Coronavirus – my wife, driver and I. I immediately called my driver to inform him. Clearly he was asymptomatic because as at that time and up till the time of writing this piece, he had no symptoms. Life has been normal for him. Nonetheless, I insisted that he should self-isolate at home for 14 days and not go about infecting other people.

I duly informed my principal and then called my direct boss, Mr Tayo Ayinde, the Chief of Staff to Governor Babajide Sanwo-Olu, who immediately made arrangements for my treatment. The doctors called in and asked that we isolate at home. They tutored me on all the protocols, most of them I was already familiar with, having been part of the communication team on Lagos State Government’s response to COVID-19. Case management started and in two days, I had lost my sense of smell, taste and every symptom that comes with COVID-19 had fully manifested in me. Trust me, it was not a particularly pleasant experience.

In eight to nine days of medication, the initial pains and discomfort started to disappear. I began to experience a new lease of life. My SPO2, which is a small device used in checking the flow of oxygen in a patient’s system was back to normal. BP was good and body temperature returned to normal. This time, I could attend to work-related issues. I started working from home.

Recall that three of us tested positive and one was asymptomatic. My wife too showed some symptoms from Monday, July 5, so she was placed on the same medication. While I improved, her condition took a downward turn; her oxygen level was below the acceptable limit of 95! At first, it fluctuated between 90 and 94; sometimes it would hit 95 so I was hopeful. Her Blood Pressure was also irregular. The value was inconsistent; sometimes good, at another time bad.

On Tuesday, July 14, her SPO2 went down to 88! That was when it dawned on everyone that she had to be evacuated to an isolation centre. She was taken to the Onikan Centre, where she received some of the best treatment that COVID-19 patients in the United States of America are looking for. I don’t get scared easily by anything or situation. This time, I was very scared. I thought the worst phase of my life had come when after three days of her admission, she had not responded well to the treatment. She neither called home nor picked her phone. Everyone was worried. Thanks to the Lagos State Government, the Ministry of Health, the health workers; doctors, nurses and drivers, among others who ensured that my wife, like all the other patients that were brought in under very terrible conditions, returned home with joy.

After spending five days, we started to connect again via video calls. Since I was not in the isolation centre, the closest was when I took her birthday cake there for a symbolic celebration; I could only rely on her experience, which she described as wholesome.

I decided to touch on my wife’s experience to draw attention to the fact that people do not necessarily die of COVID-19. You lose people to complications from underlining ailments. Unknown to us, my wife had a silent case of pneumonia and had some blood clot-related issues. And since she had not fallen sick, these conditions never manifested in any form. Everyone in the house appeared healthy and truly so until the COVID-19 incident. It is very important to conduct comprehensive medical checks, even if it is once in a year. If we had known this earlier, perhaps our experience would have been less traumatic when COVID-19 came calling.

Without sounding immodest, Lagos State Government is a model State on the COVID-19 response in Africa. Special thanks to Mr Governor, Babajide Sanwo-Olu who built excess capacity in readiness for the pandemic. This has helped the State to manage the effects of the pandemic since it broke out.

COVID-19 is not a hoax, it’s very real. Use your face mask wash your hands regularly, use sanitizer and please keep to the social distance protocols.

Now I am back on the beat, what have I missed?”

6 Mistakes You Must Not Make While Dating