How NNEKA The Pretty Serpent Made Me Popular 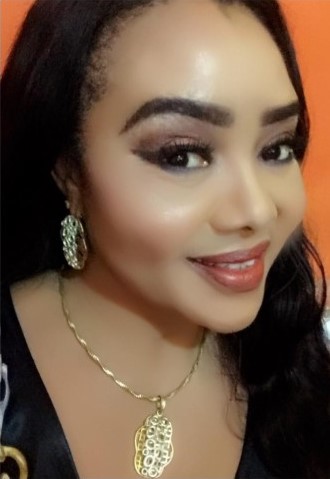 •Veteran Actress, NDIDI OBI Recounts The 1994 Movie That Made Her

She has been quiet for years. She has also been off the movie scene for a long while. You don’t see her in many of the movies that have come out of late. This is because Ndidi Obi having paid her dues, no longer jumps at any movie thrown at her. Call her a movie icon, you won’t be wrong. Being a veteran in the trade she takes her time to study all the scripts thrown at her. She is choosy. Its only movies that excite her that she goes for. But she’s back.

Ndidi Obi is back in the movie industry. And she is back with a bang. In those good old days, Ndidi Obi was one of the star actresses who rocked the scene. She is pretty, sultry, sexy and light skinned. Her beauty blew away many guys. She was hot. It was the movie Nneka The Pretty Serpent that brought her to limelight in 1994. She instantly became a star in 1994. She couldn’t believe how things suddenly changed for her. Doors began to open and she began to get roles upon roles . She was pleasantly surprised that every producer wanted her in their movie. Also many directors wanted her on set. She began to appear in practically every big movie project that was done then.

Years after, this pretty and talented thespian dropped off the movie scene to do other things. But she’s back. As you read this, she will be on location of a new movie. She’s been invited to play a major role in a new movie “Living In Bondage” that shares a title with the old movie. She was celebrated at the last City People Movie Awards in Lagos for her remarkable contributions to the movie industry over the last 2 decades. She spoke to City People Publisher, SEYE KEHINDE about her life and career. Below are excerpts her interview.

I am still acting. I only took a little time off to take care of some personal things like my business and family. I had to take time off to raise a family.

What kind of business do you do now?

I am into Cosmetic business. I am into beauty business.

Do you miss active acting?

Not really. Its not as if the scripts are not coming, but I am just a bit choosy. Of course I didn’t leave completely. I was still there doing some as they come.

When he invited you to come and play that role did you think it will be a big hit?

But as for Nneka The Pretty Serpent. I never knew it was going to be that big. The industry then wasn’t that big. It was just the normal TV soap operas involving the Zebrudayas, Bassey & Co, on stage. There was nothing then like home videos at that time.

How did your role shoot you to limelight, did it take a while?

It didn’t take a while, it was immediately, immediately the movie was released Yes and people saw what I did there they all fell in love with Nneka. The awareness as at that time, the idea of acting such role was like a taboo. They see anybody who did such things as this person must be possessed for her to have power to be able to do this. Many people immediately reacted to it. They said all sorts of things. They felt I had demonic powers. They thought it was real. They said I know what I did to Tony. They said I did it intentionally. That I must have that attitude, that character in me and the powers too. Later when the movie became a household thing people now understood that what I did was just acting.

Were you not afraid that people will miss interpret your role in the movie?

I wasn’t even interested in knowing what was going to happen or how people will feel. This is because before I got into that acting thing, I was already going to TV houses to do one or 2 things. I wasn’t interested in whatever any one was going to say. All I wanted to do was do my thing and become everybody’s favourite and popular in the industry. I wanted to be known. I wasn’t thinking of the negative or positive side. I didn’t care whether it was going to affect me. I just saw it as doing what I needed to do.

After that movie what happened?

Nothing happened. I continued. I did so many other jobs. People said a lot. Some said maybe I was possessed. I wasn’t worried because I know I was not possessed. It was just acting. So, I didn’t worry. But tabloids carried the story. I was just seeing it as fun. It was very funny to me.

What was the story line of Nneka The Pretty Serpent?

It is about a girl. Her mother was childless and then the message still goes back to when people are looking for babies or children, it is God that gives, not man made. They go to any length to try to seek for a child from any source. That is how she went to the river, to the priest, the man maid. And she made a promise, a vow, that if she has a child, she will make sure that the child serves them, That’s how Nneka came and began to damage things. (She laughs).

After Nneka, how many movies did you do?

Haa! I can’t count ooo. They are many. Immediately after Nneka I did Fatal Desire, I did Cracked, Goodbye Tomorrow, Gentle Solution.

I did so many. I can’t remember them all. There are so many. I did Osofia’s file too, with Nkem Owoh.

How NNEKA The Pretty Serpent Made Me Popular was last modified: November 12th, 2018 by Seye Kehinde