How Oba Of Lagos Made OPRAL BENSON Iya Oge Of Lagos 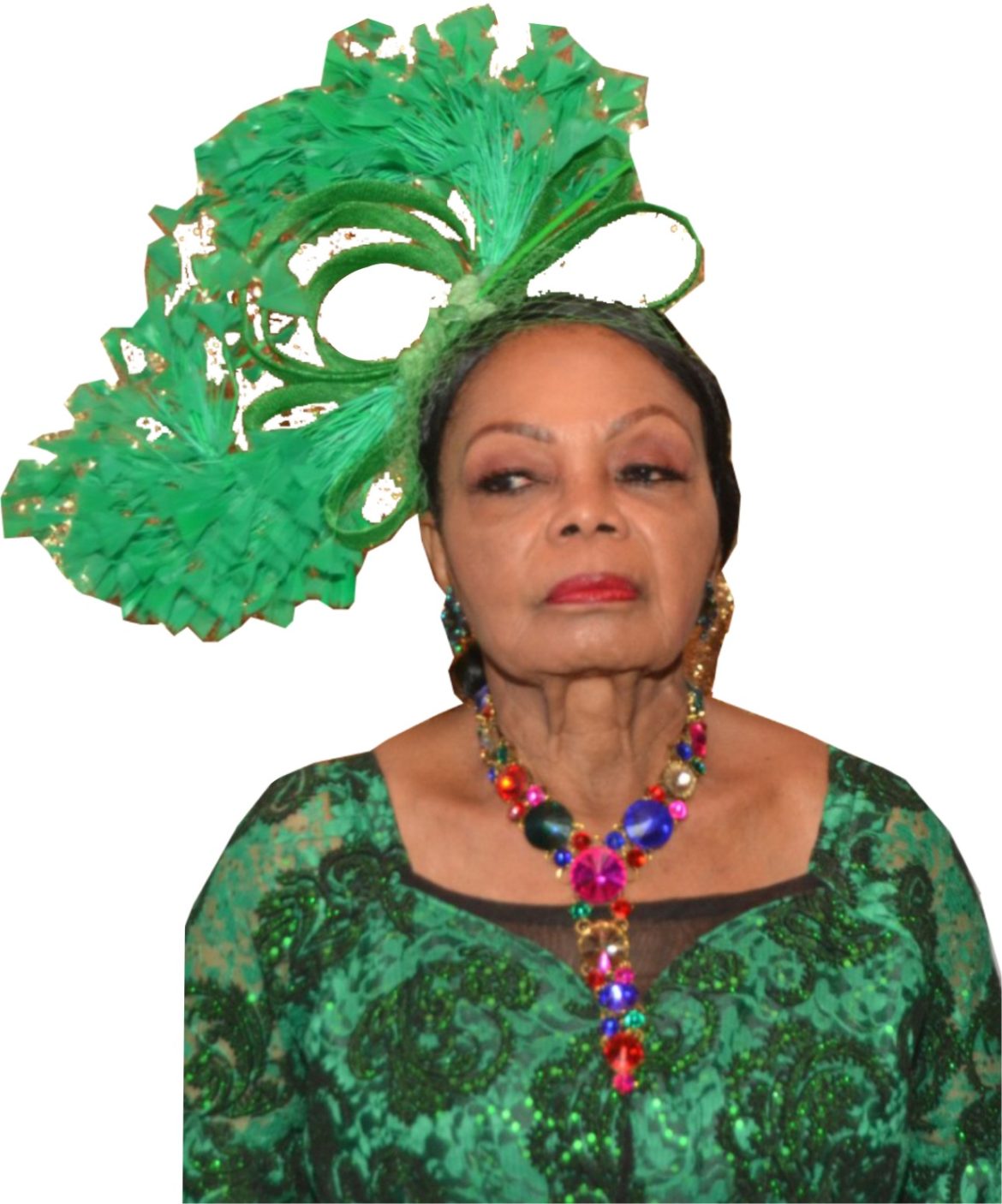 •The Story Of The 1973 Chieftaincy Ceremony

The event took place in 1973. Let’s tell you about it. Not many people know how Chief (Mrs.) Opral Benson, who turned 85 last Monday got the title, Iya Oge of Lagos, on the account of her remarkable dress sense in the 60’s & 70’s.

Some think it is an alias. No, it’s not. It is a title tied to glamour and high sense of dressing that was given to her by the late Oba of Lagos, HRM Oba Adeyinka Oyekan. The late Chief Rasheed Gbadamosi (OFR) revealed why Opral Benson, at that time, was the cynosure of all eyes when it came to dressing well and Fashion glamour. When Opral Benson turned 80, the late Economist wrote a Tribute that extolled her virtues as a stylish woman. He said, “shortly after she got married to Chief T.O.S Benson, and relocated to Lagos from Liberia, in the space of 3 to 4 years, the Nigerian society elevated Opral Benson from the status of a Minister’s wife to that of a must see, a must photographed, a must celebrated centre of recognition…At first, her dress sense and fashion consciousness propelled her into becoming a cynosure of feminine attractiveness and, indeed, an object to behold, recognise and emulate, for her sense of fashion, style and leadership in feminine decency. She made the Press recognition effortlessly and was often the lady of sense & glitter at public outings.

“Recognition poured in galore and the Press and TV screens laid in wait to capture her poise and mood”.

City People met her last week. She was 85, a few days back, but she does not look it one bit. At 85, she still looks refreshingly young. She is still very stylish and fashionable. She still loves to wear her high heels. She still loves to dance. She is a good dancer. She has remained forever beautiful and glamorous. She has kept her lovely figure. She has also kept her flawless skin, that glows like that of a new born baby.

Apart from a few signs of old age here and there, not much has changed about this undisputed Queen of Fashion & Beauty in Nigeria.

On account of her inimitable style, she was crowned the Iya Oge of Lagos. She is also a damn good  Cosmetologist, who, over the years, has dominated the Beauty sector with her Chic Afrique Beauty Company Ltd. So much into beauty she was that she set up Opral Benson Beauty Training Institute in 1985. It is today the best in beauty training.

A creation of the mid 30’s, Opral Benson has remained visible on the scene since the 60’s, 70’s and up till now. She has remained a veritable symbol of panache and elegance. Mama Opral created a stir with a Green and white beaded dress she wore to one of the independence celebrations in the ’60s. Newspaper clippings of the 60’s and 70’s extolled her virtue and told the story of how she has eminently gained a reputation as the ultimate trendsetter, on account of her uncommon carriage and panache. Wrote one writer,  “Opral Benson is clearly above the pack. She is a pioneer of the African Fashion and Beauty industry. That Opral Benson was honoured with the title of Iya Oge by Oba Oyekan in 1973 didn’t come as a surprise. What is surprising is that over 4 decades after being bestowed with such a high honour, she has remained quite visible and a reference point.

It was in 1973, that the late Oba of Lagos, HRM Oba Adeyinka Oyekan II, bestowed the title of Iya Oge on her. 47 years down the road, She has consistently carried the title with dignified Grace and elegance. The Iya Oge title, the very first to be awarded, is in recognition of the exemplary persona of Opral as a trendy woman and a pace-setter, whose presence in any gathering elicits admiration of her carriage and trendy looks. 59 years after she settled in Nigeria, Mama Opral Benson has remained “the quintessential Queen of beauty and fashion”

According to her, “I formerly came into the Beauty industry, when I left the University of Lagos. That was when I established Chic Afrique Beauty Centre. That was in 1979. Six years later, Opral Benson Beauty Training Institute came on stream in 1985. Before then, one could count the number of salons around on one’s fingertips. Everybody was calling them Hair salons. Then, I opened a beauty centre, which opened the flood gate of the deluge of salons that are now all over the place.

I also pioneered Beauty Fair in Nigeria exclusively for the Cosmetics and Fashion Industry. I also have an above-average interest in the fashion industry. As a matter of fact, it’s something I’ve always wanted to do, even when I was involved in other professional engagements. It has always been part of me to use my spare time to do something in this industry. So, it didn’t just come overnight. It started as far back as the ’60s. Whenever I designed something, for myself, everybody would go all out to make the same thing”. “The beauty industry has grown tremendously. People once felt it was a waste of time. I left my job at the University of Lagos because I wanted to fully involve myself in the industry and many people at the time told my husband I shouldn’t leave academics for Beauty. He didn’t tell me to go back. He said do whatever you feel happy doing and I started beauty shows, fashion designer shows, beauty services, skin and hair care. I brought somebody from California, who started doing hair extensions and look at where hair extensions are today” With the benefit of hindsight, Opral Benson points out that: “Fashion has gone a complete circle. In the ’60s, we wore our wrappers and Buba sleeves a bit short, then longer. Over time, the hair ties changed. Now, the wrappers are shorter again. We wore wedge heels which are back again and you find some people falling, trying to walk in very heavy, chunky heels.

How Oba Of Lagos Made OPRAL BENSON Iya Oge Of Lagos was last modified: March 16th, 2020 by City People