How Pastor Benedict Mgdire of the Lord’s Chosen defrauded fellow member of church of $38,000 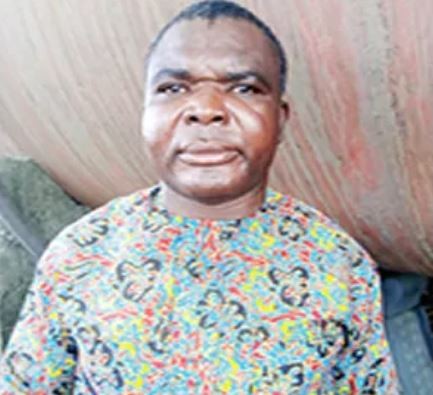 In an interview with Newtelegraph, Onu claimed that his son, who attends the Chosen International Secondary School, was chased out of the school for not paying his fees. Onu, who is the Chief Executive Officer of Kenglobal Trade and Industry Limited, said that he was also a member of the church.

HE SAID: “I SINGLEHANDEDLY FINANCED THE OPENING OF THE MBAITOLU AND IKEDURU BRANCHES OF THE CHURCH IN IMO STATE. WHAT IS HAPPENING BETWEEN PASTOR MGDIRE AND I IS QUITE UNFORTUNATE. MY SON, WHO IS SCHOOLING IN THE CHURCH’S SCHOOL, LOCATED AT MGBIDI ORU WEST, LOCAL GOVERNMENT AREA, IMO STATE, WAS SENT OUT OF THE SCHOOL BECAUSE WE COULDN’T PAY HIS SCHOOL FEES.”

Recollecting the genesis of his troubles, Onu said that after Mgdire returned from the U.S., he engaged him in discussions. He said:

“I TOLD HIM THAT I HAVE A CAR PARK SPACE ON APAPA-OSHODI EXPRESSWAY. HE ALSO TOLD ME THAT HE HAD HIS OWN CAR SHOWROOM IN THE U.S. HE TOLD ME THAT HE USED TO IMPORT VEHICLES INTO THE COUNTRY AND SPARE PARTS. ONE DAY, HE CAME TO BORROW MONEY FROM ME.  BY THEN, EXCHANGE RATE WAS N500 PER DOLLAR.”

Onu and Mgdire reached an agreement; rather than refund the money, Mgdire should ship vehicles to Onu. Onu said that he sourced most of the money from his banks and other means. The money was later wired to Mgdire. He said: “I didn’t receive any vehicle. I called him several times, but he wouldn’t pick my calls. I suspected a foul . and reported to our General Overseer, Pastor Lazarus Muoka. Our GO told me that, if it was Mgdire, I shouldn’t worry. Other church ministers I complained to about him, said Mgdire was reliable.

I was so disturbed, because this was a breach of trust. He duped me! He lured me into his business and deceived me, using the name of God. He told me that if I could send a certain amount of money, he would supply me cars of my choice at a good rate.” When Onu realised that he was about to lose his money, his blood pressure jumped. He said that he almost died, but for God and his doctor.

He said: “My problem is that most of the money was borrowed from banks and the interest was galloping every day. At a point, I could no longer sleep. The pastor refused to pick my calls or do anything about our business deal.” Onu said that he tried to report the matter to as many pastors in the church as possible, but at a point, they all allegedly stopped picking his calls.  He decided to seek the intervention of their Public Relations Officer (PRO). The man allegedly told him to exercise patience, that the matter was an in-house one.

Onu said that eight months after, the bank loans and Mgdire’s inability to fulfil his part of the deal grounded his business and caused his son to be sent out of school.  He said: “Financially, my situation was getting worst. I could no longer take care of my family. I went to our GO and asked that the church should assist me; at least for my son to be allowed to continue his studies.”

Onu was directed to the church education director, who after listening to him, replied that he was not in a position to do anything. Onu was further pained after his boy was not allowed to sit for his examination. He added: “I called our GO several times until he picked. He told me that a lot of people had problems, just as I do. He said that if I couldn’t pay my son’s school fees, he shouldn’t come back to school. I appealed to him to understand my predicament. I was into importation before now; and if not for what happened to me, I wouldn’t go to the GO to seek assistance for my son to continue his education.

Some of the buses the church is using, I assisted to buy them from the U.S. Until now, I have never gone to the church to seek help.” Thinking that his GO’s wife might be able to help, Onu sent several text messages to her, explaining his situation and that of his son. He said: “But my GO’s wife, Mrs. Joy Muoka, didn’t bother to reply my messages.  I was surprised because she used to be very nice to my family and I. I don’t know what went wrong. I don’t know my offence against the church. I don’t understand why the church and ministers abandoned my family and I. My financial situation was so bad that my landlord issued me a quit notice because I couldn’t pay my rent.”

When everyone, especially his church failed him, Onu started making moves himself.  He tried to get information on when Mgdire might come into the country. In the course of probing, he discovered that Mgdire had been to Nigeria several times with consignments, but usually leaves immediately after selling them. Onu had to report the matter to the police. When our correspondent called Muoka about the matter, he said that he was not aware of it.

He added: “If there is any issue of such in the church, the people involved should settle the matter.” But Onu said he later recovered a container valued at $20,000 from Mgdire.  He said: “We were able to track the container from the U.S., while monitoring his activities. We got information recently from a reliable . that Mgdire shipped in goods, which included vehicles and spare parts in a container.  We went to the terminal at Apapa, Lagos, where the container was cleared. Later, we learnt that he moved the container into the country through Ghana. I heard that he has been shipping containers full of goods into the country through Ghana. After selling the whole things, he would travel back to the U.S. without bothering to see me; me that he collected money from for over two years.”

On the day that Mgdire entered Landipo Market to contact people to buy some of the cars and parts he shipped into Nigeria, Onu got the information and alerted the police. Mgdire was arrested and moved to the State Criminal Investigations and Intelligence Department (SCIID), Panti, Yaba. Reacting to allegation levelled against him, Mgdire said: “Onu is like a brother to me. What happened between the two of us was a mere misunderstanding. Onu got police to lock me; he’s just suffering my body, not my soul.”

Mgdire’s brother-in-law, Dr. Tony Onwuka, who took his bail and stood surety, said that he couldn’t speak with our correspondent until he had contacted his lawyer.  Onwuka, however, said: “I believe that the issue between my brother-inlaw and Onu can be settled without going to press or making it public knowledge.”

Mgdire’s lawyer, Arthur, said that the two parties involved had agreed to resolve the matter amicably because they were brothers. He disclosed that Mgdire had earlier sent a car and $1,500 to Onu as part of money owed him. The Lagos Police Public Relations Officer (PPRO), SP Chike Oti, said that the matter was still under investigation.

How Pastor Benedict Mgdire of the Lord’s Chosen defrauded fellow member of church of $38,000 was last modified: May 18th, 2018 by Igbokwe John

Why You Should Not Take Your Dreams...