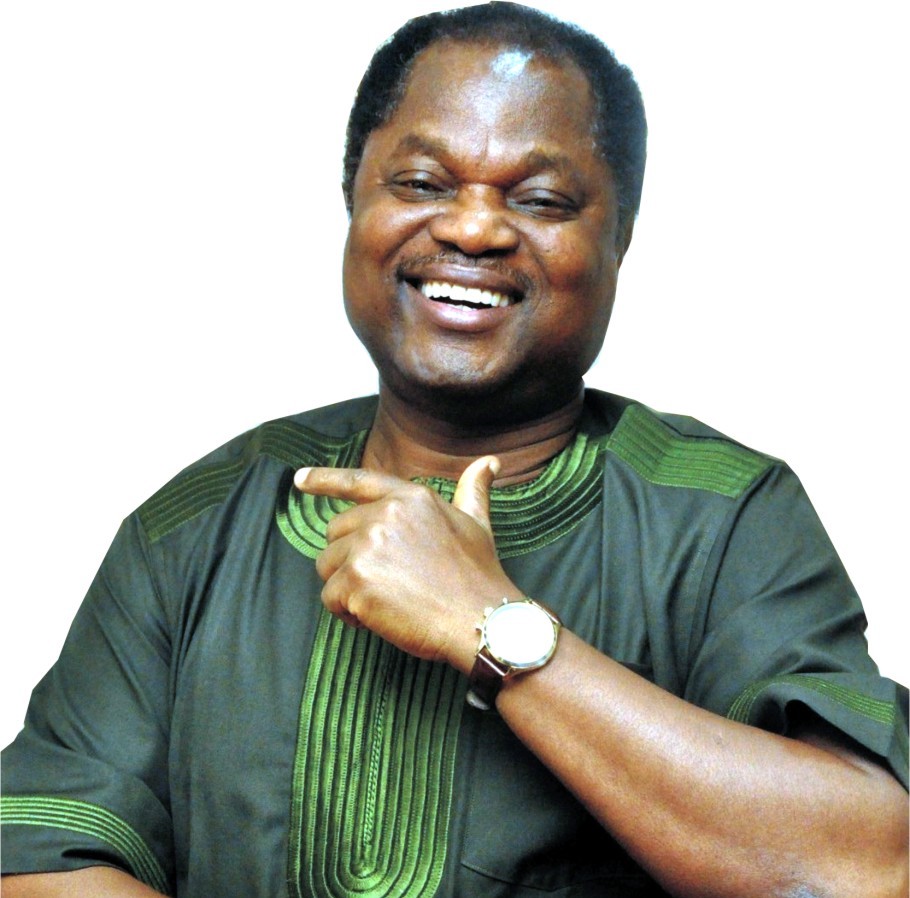 •Details Of His 3-In-1 Celebration In LAGOS

It was a celebration of God’s faithfulness in the life of Pastor Wole Oladiyun, the Senior Pastor of CLAM, the fastest growing church in Nigeria and in the life of the members of the church which turned 21. Over 3,000 guests gathered to celebrate his 60th birthday with him and his family.

Every April 2nd is always a special and joyous day to all CLAM worshippers because the General Overseer/Senior Pastor was born on this date, and as God would have it, by the help of Holy Spirit, CLAM was also birthed on this same date. This makes every April 2nd of every year a celebration day for all the CLAM members home and abroad.

This year’s celebration was recorded as exceptional and surely left a great memory in the heart of the set man, his family, the entire CLAM members and well-wishers. This year 2019, Pastor Wole Oladiyun clocked 60, CLAM clocked 21 years and a beautiful edifice, CLAM new secretariat was also commissioned on the same day.

Everything about Pastor Wole Oladiyun speaks about the faithfulness of God. How God called and prepared him for the assignment is no longer news, what is news is how he has been fulfilling the mandate of God, through the unique brand God gave him, how God is using him all over the world to liberate souls, winning more souls into the kingdom and how the glory of the ministry has moved from lips to bounds. When God called Pastor Wole Oladiyun into a full-time ministry, he was doing well, but what many people don’t know is how God took him through three major events in the spiritual realm to authenticate the call of God upon him. He had three visions consecutively;

The first vision was when the Lord took him into a very deep vision where he saw a large congregation with a heavenly being on the altar. From the large crowd he was called out and handed a microphone and suddenly the statement that came out of

his mouth was “You are the Lord who sitteth upon the circle of the earth, and the inhabitants thereof are as grasshoppers; that stretcheth out the heavens as a curtain, and spreadeth them out as a tent to dwell in. When he came back to consciousness and searched the scripture, he realized the passage quoted is Isaiah 40:22.

The 2nd vision was when Pastor Wole Oladiyun was in Cotonou, Republic of Benin and in a vision he saw a strange and abnormally huge creature in the sky, traversing the nations of the earth. As the principality roared, intimidating the earth, two mighty Angels entered the room where he (Wole Oladiyun) was and brought him out to the centre of the earth. There he saw a sea of heads and he began to pray aggressively. Suddenly he pointed to the heavens and commanded the entity to be destroyed; fire appeared and consumed it and the ashes were blown away; then the whole earth started to rejoice and the people rushed to him to find out who he was. But the Angels that stood by him did not allow him to speak, instead took him back into the room and he woke up. Then God told him that by that encounter, he has been empowered to deal with powers of darkness globally.

And lastly, on April 2, 1997, Pastor Wole Oladiyun saw another vision, that he was at an immigration check-point and the comptroller collected his travelling passport, removed his former signature and directed him to append a new one; then he was given a scripture, which is John 4: adding that everything in that chapter of the Bible will manifest in his ministry. All these, coupled with other deep spiritual encounters, gave birth to what is now known as Christ Livingspring Apostolic Ministry (CLAM) on April 2, 1998.

All these visions today have manifested, they have become what the whole world is celebrating today, and made Pastor Wole Oladiyun one of the respected men of God in our nation today.

City People Assistant Editor, SUNDAY ADIGUN and photo journalist, FEMI ADELEKE were at the Communion and Thanksgiving Service, Commissioning of New Secretariat and 60th birthday reception recently had for him at the church headquarter in Omole.

AT THE COMMUNION AND THANKSGIVING SERVICE

The communion and thanksgiving service started at exactly 10am on Tuesday morning. Family, friends of the ministry and well-wishers came out en masse to rejoice with Oladiyun’s family. It started with opening prayer by one of the ministers of God, and then followed by praise and worship before the Mc welcomed every guest.

Shortly after the rendition of hymn by the choir, followed by the announcements, the covenant brother of the celebrator was invited for the word and communion. Apostle Oladele Johnson has always been a friend of the ministry. He talked about many of the qualities of the celebrator, Pastor Wole Oladiyun. He also appreciated the celebrator’s wife for being a strong pillar behind her husband of over 28 years. Apostle Dele Johnson prayed for the family and also appreciated all the guests who took their time out to rejoice with the .

AND THE CELEBRANT CUT HIS CAKE

After the exhortation, thus followed the thanksgiving and parental blessing. The celebrator and his family were invited thereafter for the cutting of the cake which was conducted by one of the ministers of God in CLAM, Pastor Aina Egbarevba. There was a photography session with the celebrator and his family, before everybody was asked to step out for the commissioning of the new secretariat.

To give honour to whom it is due, the grandfather of the ministry as fondly called by CLAM members, Rev. D.K Aboderin commissioned the new secretariat. He is one of the men of God Pastor Wole Oladiyun doesn’t joke with. He holds him in high esteem and always talks about Rev. D.K Aboderin tutored how him when he was working with him.

AT THE 60TH BIRTHDAY RECEPTION

The 60th birthday reception of Pastor Wole Oladiyun was very resplendent. It was a colorful event. The CLAM event center was heaven on earth on this day. You can simply tell from outside; looking at how the entrance was beautifully decorated with the celebrator’s portraits. It actually added glamour to the event. The reception was witnessed by close friends of the celebrator, top Nigerian Pastors, close family members and well-wishers.

In an occasion such as this, the best man for the job is the ace broadcaster, Prince Bisi Olatilo. He’s a man you doff your cap for any day, any time because he is a genius of our time. He is a professional per excellence when it comes to anchoring events that many prominent personalities and important dignitaries from all walks of life seated such as this. Prince Bisi Olatilo did not disappoint at all as he spiced up the event.

The duo are professional saxophonists and they are doing well all over the world. They lit up the event with their performance. They sure know how to make the crowd dance to their tune. They performed together before the arrival of the celebrator and his wife, and also performed for him when he was already in the hall.

ARRIVAL OF THE CELEBRATOR AND HIS WIFE

Finally, the man of the moment, the celebrator we everyone had been waiting for. Pastor Wole Oladiyun came in with his wife, flanked with few family members and his protocol officers. Pastor Wole Oladiyun was marveled at the portraits displayed by the entrance, especially the one of his youth days. The ovation was loud when he came into the hall, and the event kick started immediately with an opening prayer by one of his son in the Lord, Pastor Akintunde Kolade, CLAM Prayer Centre Lekki Pastor.

One man that doesn’t joke with Pastor Wole is the former Governor of Ondo State, Chief Olusegun Mimiko. They are very close, and you must always see him at any of Pastor Wole’s occasion, even while he was in service. Many even wondered whether they are friends from higher institution, because of the bond between them. Chief Olusegun Mimiko was caught on the red carpet with his lovely and elegant wife, Mrs. Olufunke Mimiko.

How To Look 30 When You Turn 60 – LAGOS Society Woman, Mrs QUINCY AYODELE