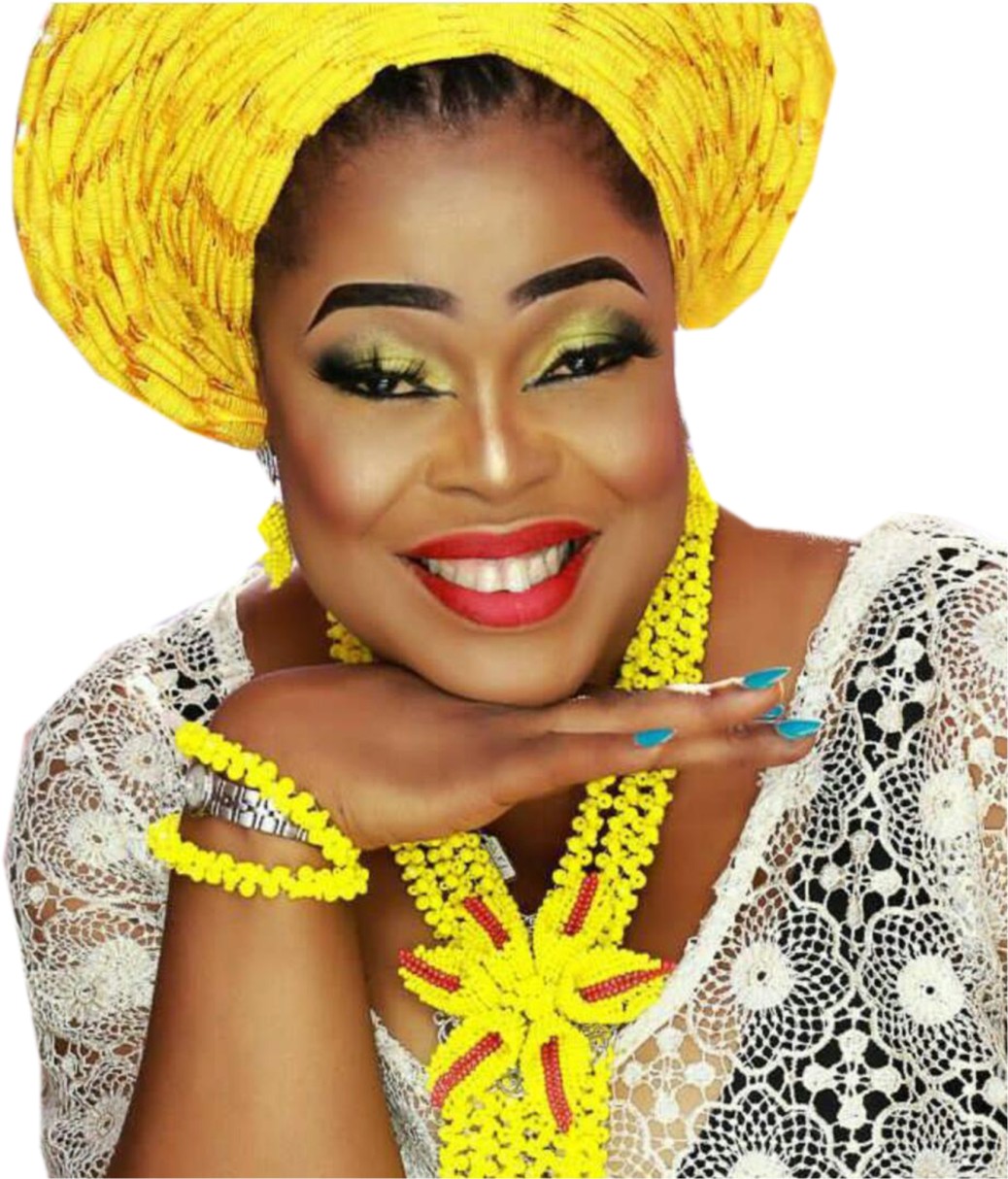 •What She Told City People On Her Sick Bed

Joyce Modupeola Jabarr, popularly known as Duchy, pursued her passion in the Fashion industry by designing and producing pieces that were not just innovative but also described as simply exquisite. Authoritatively, she was the first to be called a fashion designer in Ogun State, in the late ’90s and early 2000. She was the rave of the moment when it comes to designing for top celebrities and politicians, in and outside the state.

She was not only creative but also knows what fits who. The finishing of her designs were always perfect and she was loved by all. Her outfit then was located at the Omida area of Abeokuta.

At some point, she left town to start a family. She was married and was out of town for a long time. Although, the marriage didn’t last for long but she had a wonderful son, Leyi, from that marriage. Those who are close to her say she was actually living for her son; one of the reasons she was fighting her ailment so she can raise her son herself.

She pursued her dream of carving a brand in the Fashion industry with relentless passion. Unfortunately, in the eighteen months, she has had to put her passion and brand on hold to fight for her life, as her 2 Kidneys had collapsed before she took her final breath on the 2nd of January 2020. Although it took many convictions and pleas before she could agree for people to requests for financial assistance to undergo Kidney Transplant Surgery to save her life.  Her business was partially closed down and was doing everything she could to raise the required N21million but the little funds she could raise kept dwindling because of the frequent Dialysis that she required to keep alive.

She opened up to City People during one of our visits to her in her Abule Ojere home, a day after her weekly dialysis. She said she was doing fine until nine months ago, when she fell ill, following persistent malaria, and after further medical investigations, she was diagnosed with Typhoid and was subsequently treated.

However, few weeks after that, the feverish condition persisted and had to return to the hospital, and that necessitated a comprehensive laboratory investigation, but this time around, the results were alarming, as she discovered having problems with her kidney.

She said at first, she fought the doctor who first broke the sad news to her. And after a while she left in anger, telling the doctor didn’t know what he was saying. She didn’t believe and was not ready to give in to the result from the doctor. This development turned to another intensive round of medication and had to visit a number of hospitals to find a lasting solution between life and death situations. Her journey for solution landed her at Federal Medical Centre (FMC), Idi-Aba, Abeokuta, where she was admitted.

It took another doctor some days to convince her to talk on what should be the next step. She was then asked if at any point she was having high blood pressure constantly, and she said yes, but she takes few drugs and take some rest and she was always fine, but she was always having high blood pressure. At that point during the conversation, she advised anyone having high blood pressure should be properly checked in the hospital. She said there was a day she felt her heart sank, she could not move. She called her workers to come home and pray with her. When it was getting out of hand she was taken to the popular neuropsychiatric hospital in Abeokuta where she was first attended to and was later referred to FMC, Idi Aba, Abeokuta.

What started like a play became life-threatening. Hence, she was placed on a life support machine, undergoing dialysis, three times a week at the cost of N70, 000, per session,  but at a stage, she could not afford the cost and had to be discharged home.

The beautiful woman, within the period drastically lost weight, couldn’t eat well and was in severe pain, and also suddenly looked older than her age. In view of the fact, her two kidneys now malfunctioning.

The mother of an 11-year-old boy called Leyi, had to be rushed to the Federal Medical Centre again, when she suddenly developed complications, and for the second time admitted, where a palliative measure was taken by the Doctor before she was revived.

It was also reported that the hospital management in the patient case note number 156909 declared that, the solution to the medical problem for her to survive was kidney transplant, which may cost about N30million

The once bubbling lady recalled the unfortunate journey of her medical predicament nine months ago, stating that, she initially thought she was having malaria/typhoid fever.

According to her ‘I was having persist headache and went to the hospital where I was diagnosed with typhoid and got treated. But some days after, the feverish condition continued. I started becoming weak, couldn’t eat well and had to return to the hospital, where  laboratory investigation was conducted, and  they discovered protein in my urine, and subsequently placed me on admission’

She said, more investigations were carried out, and the results revealed that ‘I had Renal kidney problem, which led to dialysis which I undergo three times in a week, at a cost of N70, 000 per session. Adding that ‘at a point I couldn’t afford the cost again, having exhausted all my savings. I have to close my shop and since remained under lock and key. The business has collapsed and was calling for help from all quarters to save my life. I am an orphan and a single parent with 11-year-old boy’

At this point, it was no news anymore. Everyone in town knew what she was going through and her picture was circulating on the internet alongside her story. A page was opened for her for donations, but the fundraising was not forthcoming as she was using the money being raised for her dialysis. She was not getting well as her case got worsen and her health was deteriorating. During this period, she was closer to God than before, before her sickness she was a devoted member of Treasure House of God Church in Abeokuta. She designed the beautiful garment for the choirs and she was popular in the church, that top pastors in the church visit her every other day in her sickbed and the church was supporting her spiritually and financially.

But she lost the battle to death in the late hours on the 2nd of January, 2020. When the news broke it was a sad way to start the year for friends and family of Duchy. No one knew how to break the news to her son Leyi. He was taken to his friend’s parents house where the news was later broke to him a day after. The final rights and service was held on Friday 10th of January at Treasure House of God Church before her body was interred at the Kobape Cemetery Abeokuta

King Of FUJI, K1 Reveals Why He Doesn’t Look 63