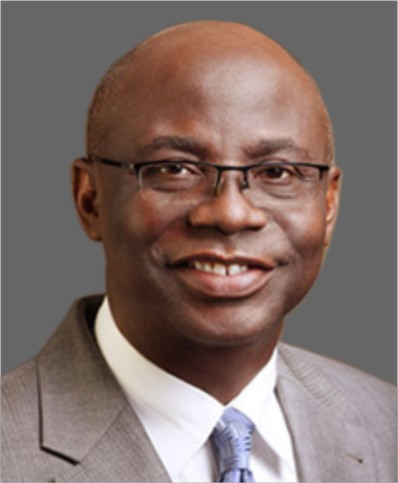 +Why The President Does Not Joke With Him

Who is the closest Yoruba man to President Buhari right now? That is a big question. If you ask people who should know, the answers will be varied. Some will say it is Asiwaju Bola Tinubu. Others will say it is Senator Ibikunle Amosun. But not many Nigerians know that Pastor Tunde Bakare is unarguably the closest Yoruba man to Pres. Buhari. Don’t forget that Bakare was the running mate to President Buhari when the latter ran for Presidency in 2011. And it was Pres. Buhari who single handedly picked Bakare to run with him.

Of course, that brought them together and since that time the 2 men have bonded so well, so much so that they talk and see regularly. City People gathered that so close are the 2 men that Pastor Bakare frequents Aso Rock to see his friend almost on a weekly basis or whenever he feels like. Some insiders have even revealed that as you read this, Pastor Tunde Bakare can be described as the closest Yoruba man to Buhari. “A few years back, former Ogun State governor, Senator Ibikunle Amosun would have taken that position,” revealed an insider, “But right now, its Pastor Bakare.  But Bakare does not flaunt his closeness.”

In a recent Live chat with Dr. Reuben Abati on City FM, some callers took Pastor Bakare on, for not coming out strong to criticise President Buhari, like other critics have done in recent past, from time to time. Does he think there is nothing wrong with the country as it is, one of them asked. Some others accused Bakare of only critising Buhari policies and actions of government and not personalities.

Pastor Bakare took time to explain why. On that programme he revealed that the reason he doesn’t criticise President Buhari like other critics do is because he has access to the Presidency and he constantly passes on his views to appropriate authorities. He explained that at his level, people shouldn’t expect him to keep criticising the Buhari regime on the pages of newspapers and radio, when he can pass on his views to those concerned.

In a 22nd November, 2020 Vanguard Newspaper interview, Pastor Bakare further revealed their closeness. When he was asked how his intimate relationship with President Muhammadu Buhari started, he revealed that President Muhammadu Buhari’s destiny and his own destiny kissed on October 1, 1984. “We had not met at the time. I had just been fired at work, two months before my wedding. I was fired on September 24, 1984.”

“I got married on November 24, 1984. I was so aggrieved that two months before my wedding, I was fired for confronting my boss that he was a member of an occult group.

What would I do? I went to church and my pastor, Pastor E.A. Adeboye, asked me to start my own chamber. I told him that it was not possible because of Private Practice Decree which said you must have to spend five years as an apprentice before you could start.” I had not fulfilled that. But he told me to go and pray about it. I went to pray about it and God told me to start my own chamber on October 1.

I said God and Adeboye missed it because they both don’t know the law of the land. But I have learned to obey God. I asked my best man when I got married, Femi Fatunbi, to come and pray with me.

“We prayed overnight from September 30-October 1. But when we woke up, we were watching television and General Buhari came on the television to say that the Private Practice Decree had been abrogated.”

“I prayed for him as if I had met him before. He was eventually overthrown and our paths never crossed again. I came into the Ministry and one of those who had attended my Sunday School in Baptist Church where I gave my life to Christ, Tokunbo Afikuyomi, was the person who brought Buhari to my office”.

“Buhari was the ANPP presidential candidate when they came. He said Buhari was meeting with pastors so that they will not put the toga of an Islamic fundamentalist on him.”

“I took him (Buhari) to my inner office and said to him that the spirit of God impressed on me that he wouldn’t win the presidency in 2007, but if he kept on trying, he would win. He left and our paths didn’t cross again”.

How then did Pastor Bakare emerge as Buhari’s running mate in the 2011 presidential election?

“One thing led to another and God showed me some revelations that led to the founding of Save Nigeria Group, SNG. “The day that I led a March in Abuja, Professor Wole Soyinka, stood to my right, Femi Falana to my left, with my 2 daughters behind me, President Buhari was coming from the other end in an SUV, with 3 others, and they were going to the Senate.

“They jointly signed a letter that the Senate should follow the Constitution. He saw me and said is that not Pastor Tunde Bakare?”

“President Buhari later said it was that day he made up his mind that I will be his running mate. At SNG, we engaged the political class. We had engaged former President Goodluck Jonathan”.

“We had engaged Atiku Abubakar. We engaged him (Buhari) also and told him ‘you lost elections in 2003, 2007, and you are about to lose in 2011 because there was no Balance of Terror’ and I didn’t mean Violence.”

“We said to him that ‘you don’t really have that inroad to the South-West. The way Nigeria is structured, you cannot win the presidential election except there is a handshake between the North and the South’.

I was in Spain when the call came that I should get them a Vice-presidential candidate. I was so excited and I gave them Jimi Agbaje.”

“I took him to Abuja to meet with them and they met a couple of times, but something happened, they dropped him. They called me again and I went to Pastor Adeboye to give me Oby Ezekwesili.

I called her to run with President Buhari, she refused. But Pastor Adeboye told me he (Buhari) would need a strong Christian to be his running mate.”