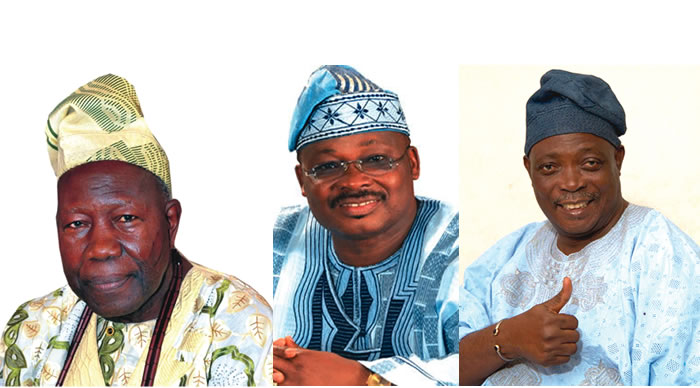 •On Behalf Of IBADAN High Chiefs

It has become public knowledge that the prolonged chieftaincy battle between the recently promoted Ibadan high chiefs to the position of Obas by the immediate past Ajimobi led administration and the Olubadan of Ibadan land, Oba Saliu Adetunji might have come to an end.

Last week, as it was reported on several media platforms and videos were shared on social media, all to prove that representatives of the embattled high chiefs were at the Olubadan’s palace. Of course, the high chiefs appeared in the palace without their crowns in conformity with the Olubadan’s position that if there would be a room for reconciliation, the chiefs must drop their crowns to return back to their official duties at the palace. The delegation, led by the Otun Olubadan of Ibadan land, High Chief Lekan Balogun, in the company of other prominent Ibadan Indigenes visited Oba Saliu Adetunji to open reconciliation talks. The talks will among other things allow other chiefs who were absent to be part of the reconciliation process. This, perhaps, was the decision reached by the parties involved after a closed-door meeting at the palace.

What many may not know however is that the peace meeting was made possible by the Ex-Gov of Oyo State and Osi Olubadan of Ibadan land, High Chief Rashidi Ladoja. Ladoja didn’t only arrange for the meeting to hold but was also part of the team that visited Olubadan in his palace, to end the chieftaincy crisis that has polarised the Olubadan-in-council for some time now.

Other chiefs at the meeting, apart from Senator Ladoja and Chief Lekan Balogun, include the Ekarun Olubadan of Ibadan land, Chief Amidu Ajibade, the Agbaakin Olubadan, Oloye Lekan Alabi and others.

It would be recalled that former Governor Abiola Ajimobi’s led administration in the state, in what it described as a review of the 1959 state chieftaincy laws, promoted some Baales and high Chiefs of Ibadan into the position of crown-wearing Obas.

It is only the Osi Olubadan of Ibadan land, Senator Rashidi Ladoja that was absent at the occasion.

Though the government in power then said the move became necessary to further strengthen and to repositioning the Ibadan chieftaincy settings, and not to change the tradition or history. In fact, the then governor, Senator Abiola Ajimobi was quoted to have said that, “we are elevating and consolidating our traditional institution, the exalted position of the Olubadan of Ibadan as the Imperial Majesty in, the Olubadan-in-Council and the chieftaincy institution without tinkering with the traditional succession and ascendancy system of the Olubadan chieftaincy structure.”

The Ajimobi’s led government believed it acted within the constitutional power available to it, citing Section 28 (1) of the Chiefs Law Cap 28, Vol. 1 Laws of Oyo State of Nigeria. To drive home their point, however, the Olubadan camp is backing their arguments with Section 22 (2) of the Chiefs Law, Cap 28 Law of Oyo State 2000, which makes the Olubadan the prescribed and consenting authority on all chieftaincy matters in Ibadanland.

While some high chiefs and mogajis of Ibadan land aligned with Ajimobi on this matter, however, Ladoja and other Mogajis were on the path with the Olubadan. They believed the move was nothing but a way to downgrade or weaken Olubadan’s dominance, especially the present Olubadan Oba Saliu Adetunji, having become close to Ajimobi’s perceived political enemy, Chief Rashidi Adewolu Ladoja.

Some even want to believe that the whole Ibadan chieftaincy review plan by Ajimobi was targeted at Ladoja in the first instance, in order to prevent him from becoming Olubadan. So since the promotion and coronation of the high chiefs and Ibadan Baales, the Olubadan-in-council has remained decided up to this moment.

Ironically, Senator Ladoja, who is believed to be the main target of Ajimobi’s Ibadan chieftaincy review plan, and who had shared a contrary view with other high chiefs, is the one in the centre of the reconciliation process, which will put an end to the whole crisis.