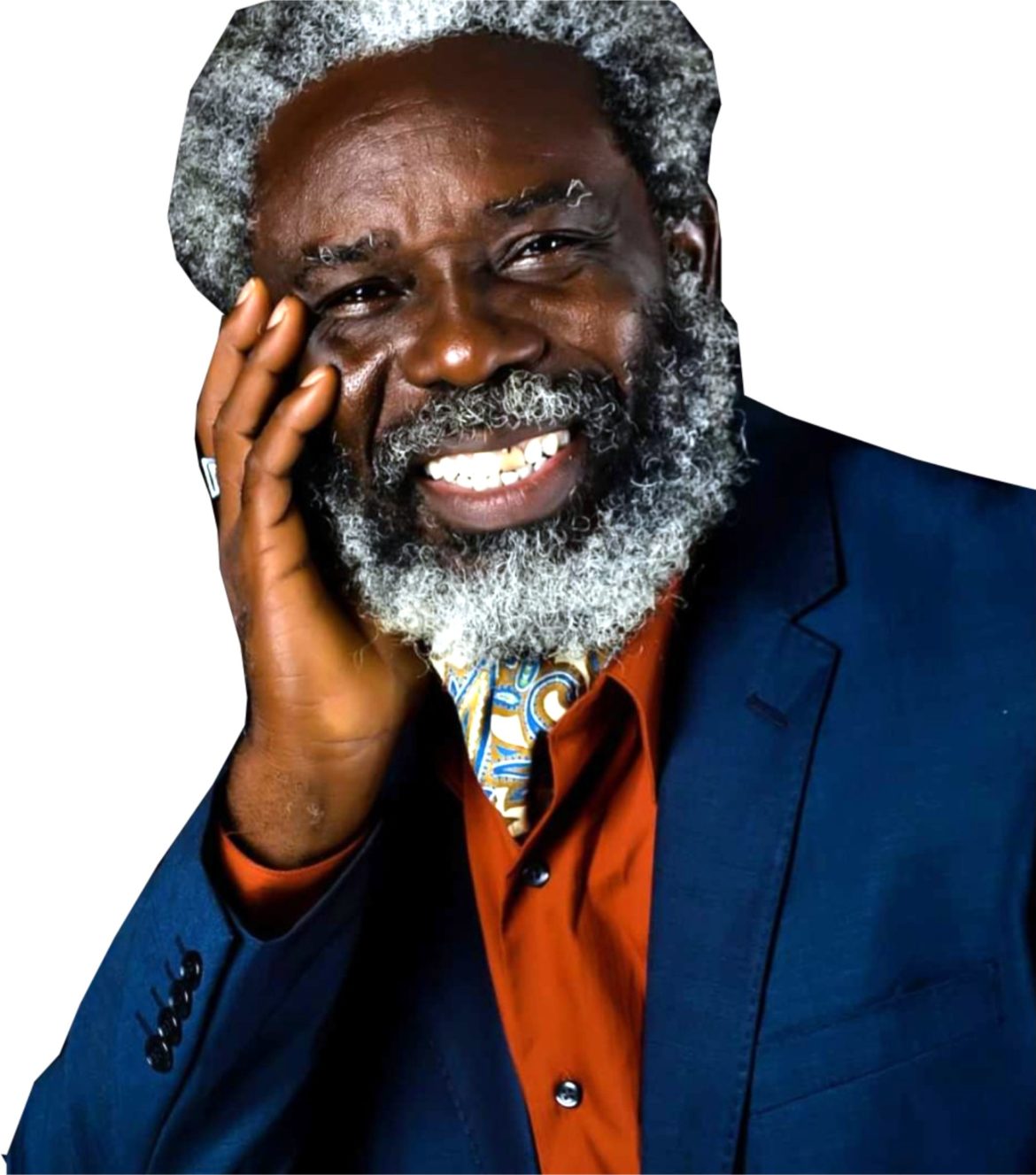 •Reveals His Relationship With KEMI OLUNLOYO

Last week, City People TV Instagram Live Chat was agog when popular Igbo actor, Jude Chukwuka who speaks Yoruba fluently appeared on the programme. He spoke about how singing Naira Marley’s song boosted his career a few months back. He also revealed his relationship with Kemi Olunloyo. Below are excerpts of the chat.

Let me start by asking why you did the Marlian video?

There wasn’t any particular reason I did the video. I have been having this thing since. I started November last year when I was going to Abeokuta to record something. Then, a friend of mine introduced me to Qdot. When I did that Qdot thing, the response I got encouraged me to do some more.

So, I didn’t just start with Naira Marley. Before Naira Marley, I have done Dagrin, I have done 9ice, I have done 2face, among others. on my Instagram handle. However, I have also done Naira Marley’s Tesumole and Soapy, but they didn’t get the attention that the latest got. For me, it was just fun. I was doing what I enjoy doing because of the feedback I have got based on the other ones I had done.

It was just like I provide a platform for intergenerational connect. I do Owe Ati Oro-Ile Yoruba, which is for adults and at the same time, connecting it with the younger ones. Now, I did the vibing and it became young stuff that is connecting old people. So, from that point, I give Owe to the young people and give vibes to my contemporaries and I was enjoying how the interaction was going.

Every Friday, I drop something new and you will see older guys commend me, yab me. Throughout the week, I do Owe ati Oro-Ile Yoruba and you will see the younger guys hailing me. So, that is where I found myself. I did not do the Naira Marley because I wanted his attention.

How do you combine this with your busy schedule?

It’s art, it is no different from what I do every day. I am a stage actor. So, I am not scared of lines. If I can do 2/3 pages as a narrator, so what is half a page of a song. All I need to do is just listen to it for a while and before you know what is happening, it is there. So, there is no hard work. Also, I listen to any kind of music. It is no problem for me, music is what I enjoy.

I am still wondering how you were able to blend all?

I am not a musician, I am an artiste, but I lately have come under immense and intense pressure to do an LP, and I am like, no it is going to distract my attention as an actor. I am not as talented as all the actors who sing and act. I am still resisting the pressure, though I don’t know how long I can hold forth.

Let me take you back a bit, how did your career start?

I am from a family of artistes. My family’s name is the popular Nwoko, but I used my grandfather’s name as a surname. Art runs in our family. I started acting at a very tender age in 1972 when Olubunmi Okojie was made the Bishop of Lagos. He was going round, doing a tour of the parishes under him and my church was under him. So, we were preparing a drama skit for him, that was how I got introduced. Later on in life, you remember there was a plane crash.

One NTA cameraman who was living in my neighbourhood was involved in that crash. During that time, the NTA staff and crew came to visit his family and I saw how much attention people gave to them. At that point, I made up my mind to do something in this direction. That was how the thing started.

There was Segun Arinze, Tina Mba, Okon, Charles Omoregbe, Albert Akheise among others.

And looking back now, what would you say about your career?

Seriously, I don’t know how we got to this point. I was just doing my thing. I just found out I did something some people regarded as silly and pedestrian. That forced me to rise and that is why I am where I am. I didn’t plan, I didn’t strategise. I don’t even know how but here I am.

Why did you decide to leave your beards and hair?

In 2001, when I got married, I was very handsome, but I was still hustling. Then, something just happened because I heard it somewhere that someone wanted to see his friend and the friend was so busy. He asked why and the friend was protesting that except God blessed him, he would not shave or cut his hair, I just said okay. I will protest too, that until God bless me, I would not shave or do anything to my hair. And I have carried on like that since 2005, but once in a while, I cut, shave and look clean. Like December last year, I did a total shave and it started growing again, but the response I got when I shaved made me promise I won’t shave it again, because everybody was jumping down my throat, even my children. My second daughter said: “Yes, you look fine,  but I am used to seeing you with the beards please can you just leave it”.

And that’s how it has been. I left it in protest, but I didn’t know that in that protest, it would be the key to where I am. Because I said God, I won’t shave this beard. If you don’t blow me and I left it when anybody asks me I would tell them to mind their business, and I discovered that because I left my beard 15 years ago. I was about 40/41, but I was playing a role for 53/54 years and people did not notice because of the beard. The beard came in handy to build the character and since that time, I left it. The only programme I had done in recent times without my beards was “Ojot in the house” it is the only thing I have done on television without my beard.

Have you met Naira Marley?

No! Not physically. We have never met. But we communicate very well.

What about Kemi Olunloyo, we noticed she commended you a lot?

Kemi is a wonderful person. Misunderstood, yes, but she is a wonderful person. If we have 10 Kemi Olunloyos in Nigeria… She is not afraid to say anything especially when she has her proof. She is not bound by your rules. She plays the thing as it occurs to her. If she misses the mark, she is quick to say I am sorry, but she rarely says that because she investigates whatever she says.

Tell us how you reacted when the Marlians thing shot you up?

I have not even got out of the surprise. I am still in that surprise mode. I was having some good times with my friend so, I didn’t check my phone. Then, suddenly I just checked my phone and I saw over 500 missed calls and my mind was that “who died”, “what happened”. There was a number I could recognise out of all the numbers, Niran Makinde, I called him back to enquire what was happening and he said ‘Jude, you don blow Naira Marly is looking for you. I went on twitter and I saw it, my immediate response was to cut off my phone and I switched off my phone.

When I got home at night, I switched off my phone and I saw different messages, every DM on any of my social media platforms was inundated with messages. When I was just thinking, I just saw a DM from Naira Marley. He gave me some security questions that I responded to. He later told me to send my number, I did and he called me. We conversed for like 10 minutes. He was so pleased. 2 days later, I just saw an alert of 1 million naira. That was it, but we have never met.

What is your message to all the people watching you?

My first message is the issue between Nigeria and Ghana. I want us to amicably resolve it. It hurts me because I have a lot of glamorous friends and lots of Nigerian friends residing in Ghana, who are close to me, who were planning for me to visit Ghana after the lockdown, I am not saying that because I intend to visit Ghana, but I am saying it because we have a long history together. We should look for a way to resolve it. I don’t expect our government to respond harshly because we are the bigger nation. We should be more accommodating. Then, the next thing I want to say is to younger people. I heard a very sad story in this lockdown about a young boy who said if he turned 30 and he had not blown, he would kill himself. On his 30th birthday, he bought 2 bottles of snipper, drank and died. He committed suicide just because he didn’t blow. I said if he had waited for just 1 year, he would have seen someone at 56, who just blew. Some of these younger ones keep comparing their beginning with another person’s middle, that is where the problem is with them. Find your talent, run your race. I should be a good example for every younger one now. Live long, you will blow at God’s time. Period!