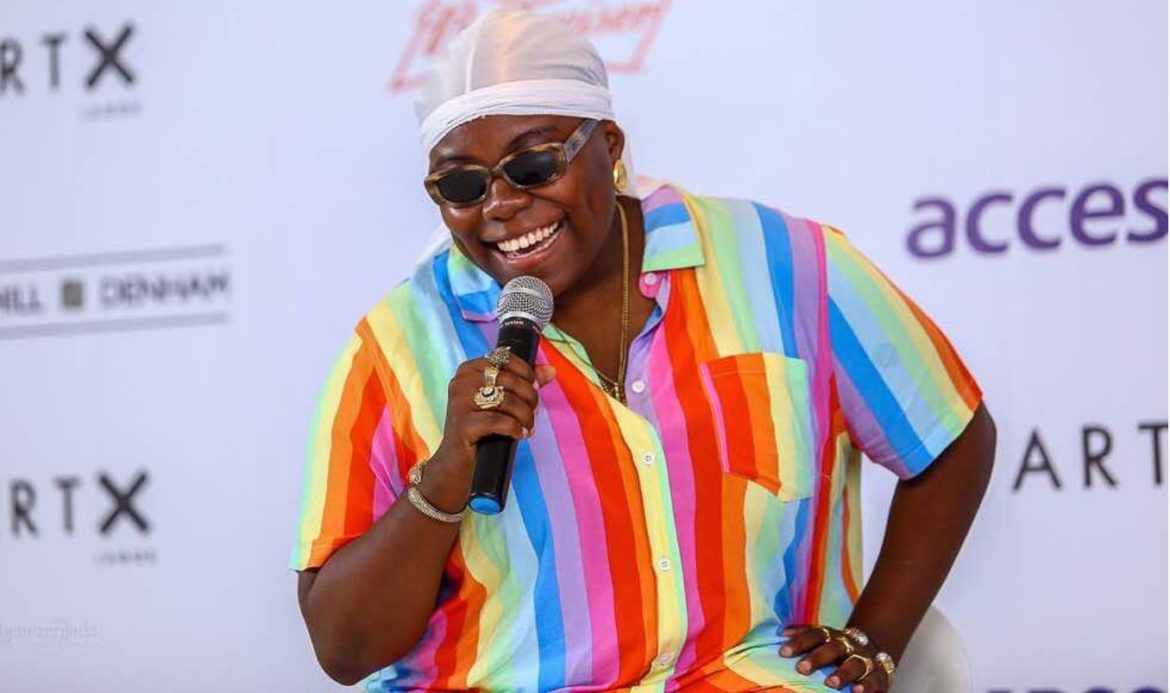 Teniola Apata better known as Teni the entertainer is a , drummer and entertainer born on the 23rd of December and hails from Ekiti state. Teniola is the younger sister of Nigeria singer Ninola, she attended Apata memorial high school an has a degree in business administration from American Intercontinental University but she said in an interview with Punch that it took her 7 years to graduate and her sisters completed their studies before her.  Her the late RTD Brigadier Simeon OLasebikan a military man who fought for the Nigeria army under ex-president Olusegun Obasanjo during the civil war. Her father is also the founder of Apata Memorial High Schools. She grew up in a polygamous family where they show love and support to each other. She is currently one of Nigeria’s fastest rising musicians breaking new grounds in the music industry. She started her journey into music when she was 2 years of age, she used to play the drums for some former governors of Lagos State, including Mohammed Buba Marwa, Bola Tinbu and Babatunde Fashola, when they were in office. Then she started doing music officially in 2016  with the release of her first song AMEN And she describes her kind of music as rooted in local hip hop flavour. She also feels her sound is generic, Teniola is influenced by King Wasiu Ayinde Marshall.

Teniola started her music journey officially in Magic Fingers Records, a record owned by Shizzi but then moved later moved to Dr Dolor entertainment in 2017. She has since then been making waves in the music scene after she released the hit single Fargin in September 2017 and since then all her songs have been hits back to back. She has also bagged top awards like Headies ROOKIE of the year, Nigeria entertainment award for most promising act  and Soundcity MVP awards Best New Act. Teniola is currently doing so well, she has been dropping singles, getting features from different Artiste like Brodashaggi, Shizzi , Phyno , Rexxie, Dr dolor and many more. Do you know that Teniola wrote the song ‘ Like Dat’ for Davido which was a hit in Nigeria? In a way, writing this song for Davido added to her coming to limelight. She has made several appearance, rocked many stages and wowed the crowd both locally and internationally, performing for top dignitaries and at sold out concerts.

Teniola gained wide acceptance in 2018 since she debuted on the Nigeria music scene, all the songs dropped by her last year were all a blast and they gained widespread acceptance. She also got the attention organizers within and outside the country. Her uniqueness is quite commendable as her songs and she happens to be very deep with her and delivery, Teniola has a brain of an older person and this makes her songs very interpretable. I am not sure Teniola was not ready for this fame because the whole thing came within a blink of an eye even before she was done with school; her song was heard in different part of Africa and America. She has dropped songs like Fargin, Wait, , Lagos, Fake Jersey, Shake am, Case, Pray and Uyomeyo. All the songs listed here are all still hitting the playlist of Nigerians, and enjoying massive of Case and Uyomeyo on all radio and TV Stations. She talked about getting the inspiration for her song which titled Wait was inspired by her father’s death and it tells the story between her dad and mom when her mom was crying and wishing he could have stayed back. she also said on Instagram that she recorded Uyo Meyo for her graduation ceremony because of what she had to go through before she finished school, she said it was really a big deal for her on her graduation. This song means Lord I have watched other people win now it’s my time, so she stated that she did the song for herself and everyone who hopes to achieve something. Fargin which gave her the big break was an inspiration from stories she heard about young girls being harassed up and down so she made the song to send a message. Teniola is currently on tour in the Uk and she’s doing very well in the music Scene making her money and entertaining her fans on Instagram.

How The Song Fargin Shot TENIOLA To Limelight was last modified: March 11th, 2019 by Precious Pomaa