How To Manage Pathological Liars – When Lying Becomes A Mental Issue 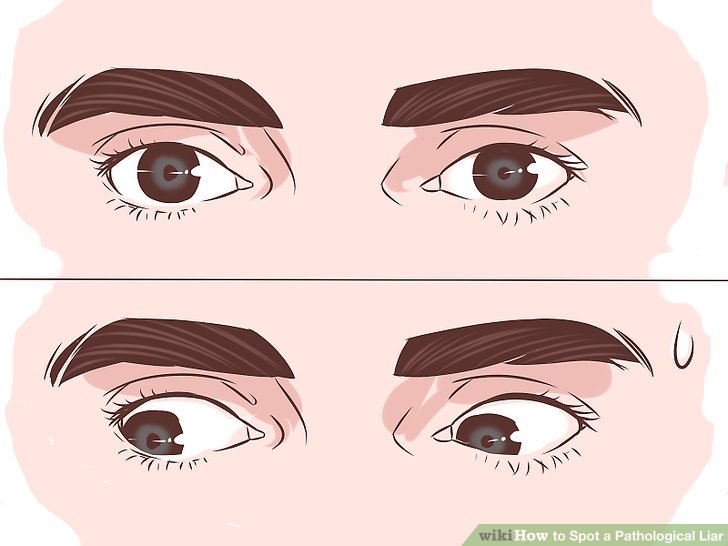 Do you ever feel like you are surrounded by liars?

Are you tired of listening to lie after lie after lie? And we’re not talking about the type of liar that lies occasionally as an excuse for breaking a commitment.

No. That would be a little easier to handle.

No worries. You’ll be able to keep your hair once you understand there are multiple reasons why a person lies like this, also known as pathological lying, as well as how to recognize and deal with one.

A pathological liar is someone who lies with ease and finds comfort in it. The person may even continue to lie when presented with the truth in cold, hard facts. Getting a pathological liar to admit he or she lied can be nearly impossible.

Pathological lying is continuously lying with no logic behind it.

Lying, Deceiving, Fabricating — whichever way you slice it, you know it’s lying. However, Pathological Lying is different. This kind of lying goes beyond what’s considered a “Fib” or a “Harmless, Little Lie” in that the person routinely lies and does so without any logic behind it.

Many mental illness sufferers have delusions about what is reality. Their unclear perceptions make it difficult for them to understand what is false and true. That’s not to say that all individuals who suffer from mental illness lie unknowingly, but many lie so they don’t suffer consequences from families, friends, and psychiatric care providers.

Moreover, some people suffer from other Disorders and Pathological Lying can be a symptom of these disorders. These issues can contribute to or make it harder to diagnose pathological lying on its own. For instance, a child may be suffering with attention deficit disorder or have oppositional defiant disorder. In addition, an adult may have psychotic disorders, delusions, sociopathy and more. All of these disorders can blur the lines behind what is and isn’t pathological lying.

To spot a pathological liar, observe the following behaviors.

When you’re dealing with Pathological Liars, you’ll begin to notice a few things about them:

For example, every story they tell will seem extraordinary and absolutely fabulous. They often put themselves in an excellent light, such as a hero that saves the day, someone that’s rich and powerful, or they know a lot of celebrities or people in enviable positions. The person wants reward or acclaim for something he or she did not do. He or she craves attention and esteem from others to combat feelings of inadequacy. They may also seek attention by pretending to be victims of crimes or creating other dramatic situations that didn’t really happen.

(b) They play the victim non-stop.

In addition, pathological liars may also take an opposite approach and show themselves as victims. This person may always have a new illness, or tragedy in their life. It’s when the number of terrible events in a person’s’ life makes you question their honesty, you’re probably dealing with a pathological liar. People who feel down on themselves and want to look better in the eyes of the people around them will often make up stories about themselves. The goal here is to gain sympathy or empathy. Perhaps they fear people will reject them if they think they have any bad qualities, so they exaggerate good ones.

(c) They have addictive personalities.

If a person has certain addictions like alcoholism, gambling, substance abuse or more, they may be more likely to be a pathological liar. This doesn’t mean all addicts are liars, however, people fighting addictions tend to be more likely to lie uncontrollably to friends and family.

More traits to keep in mind with pathological liars:

If you come across any pathological liar, address them in the right way.

So, when you know someone is a pathological liar, you can be on your guard and more apt to addressing them. How? Well, there are a few ways to handle them:

(1) AVOID ENGAGING THEM IF POSSIBLE

Your gut instinct may quickly tell you something’s off with a pathological liar. Instead of agreeing and engaging them, you can give them a confused, blank stare. That let’s them know you realize they aren’t fooling you with their outlandish stories. This may get them to pull back or move on to someone else.

If you know this person lies a lot, don’t even consider believing any part of their story unless you can line it up with facts. Until you can, make sure you stay detached and neutral during all your conversations.

There’s no point in arguing with a person that clearly has issues and lives in their own head. You’ll most likely never get to the truth anyway and it’s best to just keep your distance if you can.

Reassure them that you still care about them regardless of their issues. Tell them you understand they felt compelled to lie and that you are willing to help.

Encourage them to practice the truth a little at a time. Telling a few truths consciously and intentionally may help in adjusting their behavior.

If all else fails, you may need to call it quits with the friendship. Sometimes, you can’t stay friends with a pathological liar. In that case, you may need to end the relationship altogether and stay away from that person. Livestrong.com says:

Pathological liars can overcome the tendency to lie, but it takes willingness and, usually, therapy, so to be a friend you need to be there for the long run. Often though, the person does not want help, at which point you need to make a clean break to keep from being hurt. Understanding how a pathological liar operates as well as how to recognize one will make you better equipped to deal with this person properly and protect yourself in the process.

Moreover, confronting someone about a lying problem is challenging. The person will most likely become defensive and resist treatment. The more you push the issue, the more the person may resist. The only thing you can do is voice your concern and offer help. Spending time with a liar can be frustrating and exhausting, so if the person does not want to seek help, you will need to decide if it’s worth your energy to remain supportive.

HOW TO IDENTIFY A PATHOLOGICAL LIAR

To identify if someone is a pathological liar, you will need to know a little about his or her history, as well as this person’s current psychological stability. These are two of the biggest indicators of a potential lying problem.

KNOWLEDGE OF THE INDIVIDUAL’S PERSONAL HISTORY

Knowing the history of a pathological liar will help you see patterns in his or her lying. Some people will only lie about the present, but others make up a completely new life for themselves. For example, if you know your friend from primary school, you probably know a lot about his or her childhood. If this friend tells people that he or she had a disadvantaged home life, but you know for a fact he or she didn’t, you can begin to suspect that this individual is a pathological liar.

When it comes to pathological liar treatment, psychotherapy can help. The problem with trying to treat people with this problem is that they often won’t or can’t admit that they have issues around telling the truth. A “normal” person knows when he or she has lied, but the pathological liar may not be able to differentiate between the truth and a lie.

Often, the pathological liar believes the stories he or she hasmade, no matter how grandiose they may seem to the people around them. If the liar is in a highly-emotional state, he or she may manufacture false memories to support the lies that have been told.

Cognitive behavioral therapy can be helpful in treating people who are pathological liars. With this approach to therapy, clients learn how to identify the situations and the kinds of thoughts that make them resort to lying. Once these people are able to understand when they are likely to lie, they can begin the work of learning how to behave in a different way than in the past.

With all of that said, it’s fine to tell minor lies every now and again. However, pathological lying can get out of control, and even lead to problems with the law, with work, and relationships. While it may be difficult to treat especially if it’s due to a certain kind of mental illness it’s always worth a try. Speaking with a Therapist can mean learning healthier coping skills and treating any underlying conditions that might be the cause of pathological lying.

How To Manage Pathological Liars – When Lying Becomes A Mental Issue was last modified: August 6th, 2018 by Nimota Raji-Gambari