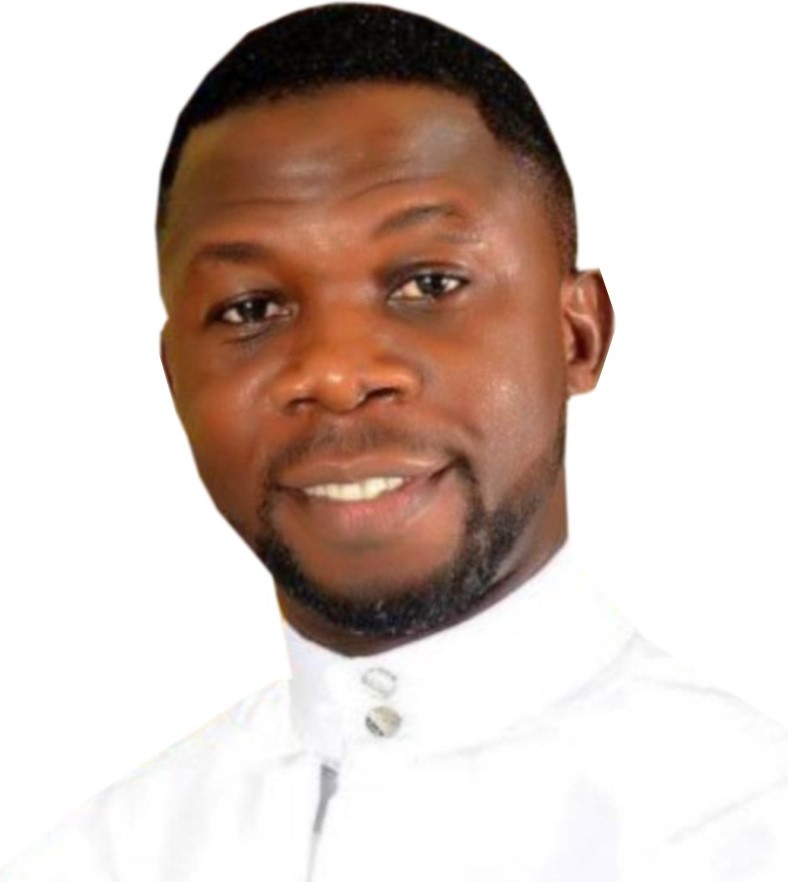 I have failed several times in the past without considering the fact that tough times never last, but tough people do. I have failed, made countless stupid decisions, and given up on most things. I used to feel like the underdog, and that I was not good enough. It took me a while to realize this pattern in my life – The pattern that I was quitting whenever things got hard. And because I kept quitting, I was viewing myself as a “failure,” and someone incapable of doing what I desired to do. It was a bad cycle to get stuck. When school got hard and there was no money to pay my school fees when I got admission to the university, I had to drop out of school. I believed that it was because I was not smart enough, or because my parents were too poor to send me to school, instead of working harder.

When the storm of the ministry came, I was accused wrongly. I faced so much character assassination. I was declared wanted by the Nigerian police, was arrested, and in prison custody for one month.

At a point in these challenges, I felt bad and sorry for myself because everyone was making jest of me. My wife ran away with my son, and even my lieutenant in the ministry mocked me and said so many evil things against me, believing that I will never come out of the problem. I was almost quitting, expecting that the journey was supposed to be easy; that I was not supposed to pass through the mess I was passing through. Not knowing that for every mess, there is a message God is trying to pass. So, I had a fixed mindset and a victim type of mentality. I have forgotten that the Lord said that I am a victor and not a victim. I was pessimistic and self-critical. I was unable to commit to what I knew was most important. I finally got sick and tired of feeling like a failure!

Once I noticed this pattern and decided to change it I realized I had personal power and was able to create things in my life. I was able to shift to a mindset of growth and ownership, and not been stopped no matter what has happened to me. I was shaken up and woke up to the life I wanted, and the person I needed to become to create that life. Right there in the prison custody, the Lord used me to save so many lives that have been there for years. I realized that my life was going to get the worst of me if I did not shift my perspective and start using adversity to become a stronger person. Today, because I have the mindset of not being stopped, God is using me to shepherd one of biggest Celestial churches in the world, where we have about three thousand worshippers in one service. I have become a life-transition coach dedicated to raising people of value and helping people live with greater purpose, power, and presence. I wrote this book to enable you to learn from my past challenges and adversaries that launched me into my advancement; to help you overcome your challenges and create the life you desire.

I now know that the direction we take in life is in direct response to our ability to be resilient and stay mentally tough as we make our journey. In retrospect, my hardships were the most important parts of my life. They may have been the exact catalyst to propel me in the direction of personal growth and self-actualization that I am today. I want you to be able to approach adversity in the same way. If you are questioning whether you have what it takes, starting to doubt yourself, or going through a difficult time, I encourage you to see your future better than what it is today, and transform your life! You can reach your dreams if you have the mindset of Becoming Unstoppable!

To be mentally tough is to resist the urge to give up in the face of failure, to maintain focus and determination in pursuit of one’s goals, and to emerge from adversity even stronger than before.

Adversity causes some people to break and others to break records.

Adversity is the fabric of our character and is integral to the unfolding of our life. So, how can you face adversity with poise, faith, and confidence? What can you do to build your resiliency muscle and become a stronger and more resolute person? By listening to the many stories of other people who have beaten the odds and triumphed over adversity, you can grow your knowledge about what it takes to persevere. You can reach your dream if you have the mindset of becoming unstoppable. Are you facing tough times today? Overwhelmed? I invite you to take a walk with me. Let me tell you about survivors and how you can be one too! In the process, your life will become a light for someone else’s pathway.

The pathway is called “the possibility thinking path.” I have been preaching it for years. It has never let me down. It has never let anybody down. It never quits on us. We may quit the path, but the path keeps right on going on to happiness, health, and prosperity.

When the going gets tough, the tough get going, they say. When the roads are rough, the tough rises to the occasion. They win, they survive, they are unstoppable, and come out on top. People are like potatoes. After potatoes have been harvested they have to be spread out and sorted in or to get the market values. They are divided according to sizes big medium, and small. It is only after potatoes have been sorted and bagged that they are loaded in trucks. This is the method that most farmers use in Nigeria.

But a farmer never bothered one day to sort the potatoes at all. Yet he seemed to be making the most money. A puzzled neighbour finally asks him, “What is your secret?” He replied, “It’s simple. I just load up the wagon with potatoes and take the roughest road to town. During the miles’ trip, the little potatoes always fall to the bottom, the medium potatoes land in the middle, while the big potatoes rise to the top.” That is not only true of potatoes. It is a law of life. Big potatoes rise to the top on rough roads, and tough people rise to the top in rough times. Every human being is constantly faced with the things that want to stop them. Every believer in the scriptures was confronted with something that tried to stop them. David says: “If the Lord had not been on our side-let Israel say if the lord had not been on our side when men attacked us when their anger flared against us, they would have swallowed us alive, the flood would have engulfed us, the torrent would have swept over us, the raging waters would have swept us away. Praise be to the Lord, who has not let us be torn by their teeth.

We have escaped like a bird out of the fowler’s snare, the snare has been broken, and we have escaped”. Psalm 124:1-7(NIV)

The enemy, Satan, with whom we have to dwell and fight, throws things our way because it is his plan to try and stop us. I love the story in Acts of the Apostles Chapter 4, in which Peter and John prayed for people and they became well. Great miracles had taken place. They had a big service. All kinds of good things happened.

But the city leaders did not know what to do with Peter and John.

They did not fit into their box. Instead of being happy about it, the authority ordered it to stop. They said: “We cannot deny that a notable miracle has taken place, but here’s our plan: that it spreads no further.” They were saying in effect, “we’re pushing them down to lessen their influence and stop them.” But Peter and John understood these principles. They knew we cannot be stopped. God put this dream in our hearts, and as long as we stay in faith, nothing can shut it down. Their message was not restricted. It spread like wildfire, and we are still talking. You cannot be stopped. People may try to push you down. Somebody may try to discourage you and close some doors. But if you will just keep pressing forward and shake off that discouragement God will raise you up even though somebody else is trying to push you down.

Nelson Mandela was put in prison because he opposed the government of apartheid. The leaders thought they finally got rid of him. They would not have to deal with his opposition anymore.

Mandela could have thought, “I did my best, gave it my all. I guess it was not meant to be.” Instead, Nelson Mandela knew he could not be stopped by people, by injustice, by racism, by hatred, or even by prison walls. Twenty-seven years later, he walked out a free man.

Eventually, he became president of that same country and won the Nobel Peace Prize. What God has destined for your life will come to fulfillment. You may think you have too many obstacles you have had too many closed doors; it has been too long; you cannot see how it could ever happen. Get your fire back; get your dreams back. It may seem impossible, but God says, “That set back cannot stop you.

That injustice, that disappointment, that bad break cannot hold you down!” If you rid yourself of that limited mentality and press forward in faith, God will take you where you are supposed to be.

READ ALSO: HOW I GOT CONVERTED FROM ISLAM TO CHRISTIANITY @ AGE 13 – FCMB FOUNDER, OTUNBA SUBOMI BALOGUN