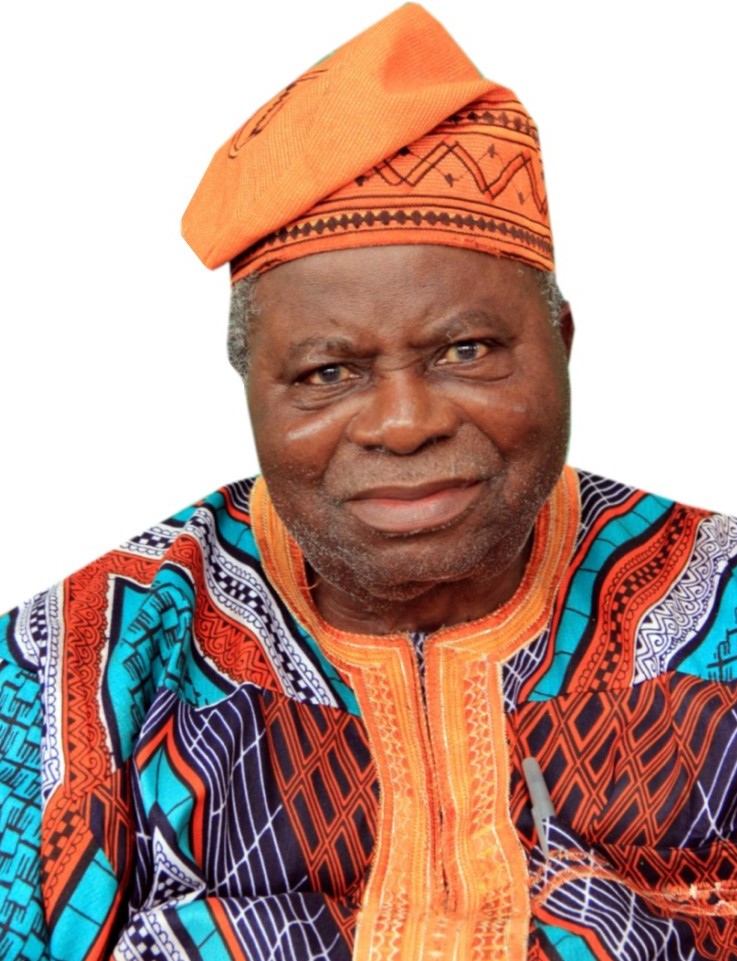 One of the events that shook Ikeja, Lagos last week is the Golden Jubilee celebration of the founder of the prestigious Victory Group of School, Chief C.F.I Olaniyan, a man who is referred to as one of the foundational Educationists in Nigeria. A man who labored rigorously to give many lives meaning through education. A man who many are testifying to his efforts and input in what they have become today.

It was a season of celebration for the entire family of the Olaniyans and Victory school family as they are fondly called, as they celebrated the 90th birthday of a living legend, Chief Christian Francis Ipoola Olaniyan, and also the 50th Anniversary Celebration of the prestigious Victory High School/Victory College.

Various ceremonies were conducted with the laudable 2 in 1 celebration, as a whole week was set aside to thank GOD. It all started with a welcome party and Anniversary prayer in the mosque at GRA, Ikeja on the 27th of Sept which was the 1st day. There was a picnic to Elegushi on the 2nd day, and another round of Anniversary Prayer at Bola Memorial Anglican Church was held on the 3rd day, while they had a Seminar/Conference at the school hall on the 4th day. On the 5th day, the association of the alumni of Victory High School/College and the entire family gave back to the society through Medical services, free legal services e.t.c and also had a roadshow from Maryland en-route Bank Anthony way to Ikeja, as all the participants appeared in primordial school uniform of blue and white. There was a novelty football match between old and new students on the 6th day, as they also commissioned the new school facilities like New Laboratory, ICT, E-Library, e-commerce etc on that same day, donated by the Alumni.

The 7th day was the biggest of all, which was the 3rd of October. Baba’s 90th birthday Holy Communion Thanksgiving Service was held at Bola Memorial Anglican Church, Onigbagbo, Mobolaji Bank Anthony Way, Ikeja, and the birthday party/reception was held at the school Arena.

City People Assistant Editor, SUNDAY ADIGUN was there to give you gist of how the event unfolded. Enjoy.

AND PEOPLE TURNED UP MASSIVELY

To say Chief Christian Francis Ipoola Olaniyan is loved by many is an understatement. There is no other word to describe the amount of love showered on him on this day other than maximum love. They adored him. Baba was treated on his special day like an egg.

The influx of the family members, old students of victory group of schools and well-wishers was massive. The number of people standing outside of the church auditorium where the thanksgiving was held doubled the number of those that were inside. And they all waited patiently until the end of the service even though they could only hear what was going on inside. And when it was time to move to the venue, there was congestion. And just at the time we thought we’ve had it all, the reception was also flooded with people that did not even attend thanksgiving service. In all of this, it shows that Baba is an iconic man, a man who many have been looking for an opportunity to celebrate. They were all dressed gorgeously and beautifully. The beautiful decoration of the hall complemented people’s outfits. The color of the day was light blue/green, and people did justice to it with the blend.

PRIMATE OLORUNWO AND WIFE WERE SIGHTED

One of the dignitaries that was sighted on this day was one of the reputable spiritual leaders in the society Primate Olorunwo of Olorunwo Cathedral Church. He was first sighted at the church with his beautiful wife. One would think they were just casual friends not until City People got to the venue and we saw that 3 special tables close to the high table were reserved and there was a card bearing Primate Olorunwo’s name on them for his personal guests, then you need no one to tell you that the bond they share is much more than that of casual friends. And the excitement of Primate Olorunwo also said it all; he was very much on the ground all through the event, seated side by side with the celebrator on the high table with his ever looking young beautiful wife.

You don’t see him compering any kind of event. Any event you see the grandmaster of laughter himself, GbengaAdeyinka, a multi-award winning Nigerian actor, comedian, radio and television presenter, writer and a master of ceremony, you need no one to tell you how classy the event will be. He was very much in his elements and sure knows how to make his guests feel comfortable. The laffmattaz boss made everyone including the celebrator’s day with his series of jokes.

PAST STUDENTS PAY TRIBUTE TO THEIR PROPRIETOR

The entire victory group of schools past students were also on hand to support their ‘Daddy’. They paid tributes to their proprietors. Many shared the experience they had with the education icon, while they were his students. His many contributions, commitments, and advice towards their greatness in life were revealed. Many past students living abroad also paid their tributes. And they blessed the celebrator with many gifts and portraits. Undoubtedly, there was joy written all over Chief Olaniyan’s face.

Many contributions of the celebrator, Chief C.F.I Olaniyan while at Oriwu College in Ikorodu before the school was taken over by the government 50 years ago were also remembered. They came out en-masse to celebrate him and they also presented him gifts.

JIDE CHORD ON THE BANDSTAND

As you are entering the reception hall, the voice that welcomes you is that of popular Juju/Guitarist, Jide Chord, a singer, songwriter, and music producer. The popular Uk based juju singer who has finally relocated to Nigeria after almost two decades thrilled the guests with his superlative performance. Indeed, Jide Chord is a master at what he does.

AND THE CELEBRATOR CUTS HIS CAKE

Soon after the tributes and series of presentations from the family, friends, old students and well-wishers, the celebrator was invited to cut his birthday cake. His wives, children and family were invited by the M.C, Gbenga Adeyinka. They all came out to rally round him. it was nothing but a moment of joy.

READ ALSO: THE MANY SHOCKING THINGS OSHOFFA DID BEFORE HE DIED!

The Many Shocking Things OSHOFFA Did Before He Died!