Home News How We Have Improved Island Club In The Past 2 Yrs – Chairman, OLABANJI OLADAPO
News

How We Have Improved Island Club In The Past 2 Yrs – Chairman, OLABANJI OLADAPO 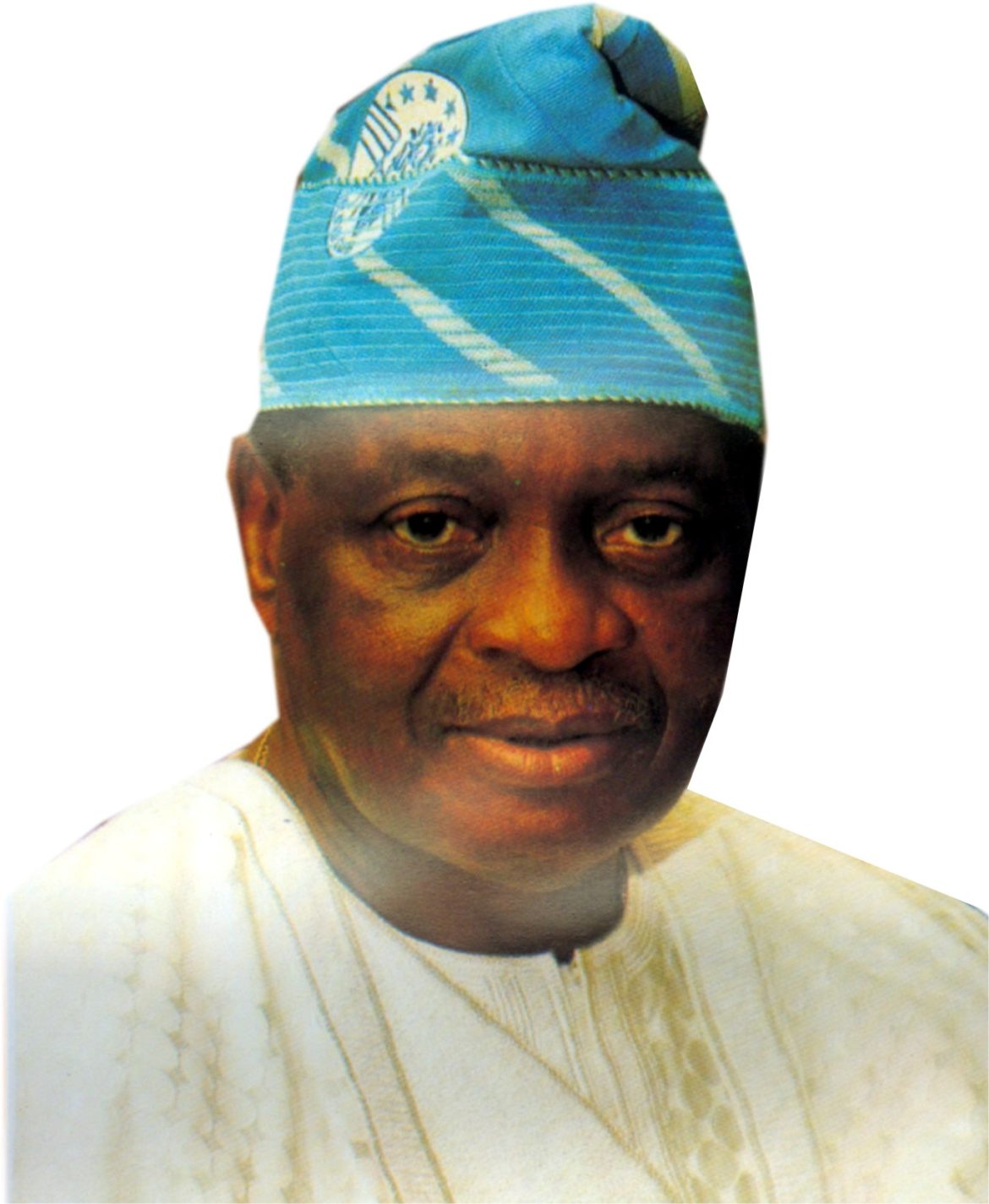 “The Trustees, Officers. Management Committee, Elders and distinguished members of the Island Club, I stand before you today courtesy of the mandate you overwhelmingly gave me in 2017 to steer the ship of our prestigious club as your Chairman and the confirmation of same in 2018. For your trust and the confidence reposed in me, I thank you all and I am indeed eternally grateful”.

“Distinguished members, I am delighted that the administration under my watch in the last two years have modestly strived hard to improve on the good legacies bequeathed to us by our founding fathers. We have executed some infrastructural facelifts of the Club and these include the refurbishment of the Peacock Hall, Reception Hall, the Management Committee Building, replacement of leaking long span aluminium roofing for the 2 halls, re-designed and constructed the moribund frontal eatery (former Marcopolo) for better facility usage as the structure now houses the Sauna, Gym and Sickbay.

In the area of Information Technology, the Accounts and Admin. Departments have recently been computerized including your membership desk for a more effective and efficient Administration. Members are enjoined to update their records accordingly at the Secretariat of the Club. We have overcome our security Access Control Challenges by engaging a competent company and the facility is now being used by members as the configuration of the Access door also incorporates payment solution for things purchased at the Bar & Kitchen.

CCTV cameras have been upgraded with additional Cameras and 35 channels courtesy of Engr. Gbenjo Sunday OyekanmiM/No. 7569. The obsolete wooden Notice Board has also been replaced with a befitting aluminium fabricated glazed Board.

The quality of food and its service delivery to members were also given attention hence, the disengagement of the former sub-standard independent Caterers who have since been replaced with an internally operated centralized Kitchen. Efforts must be made by the New Administration to optimize the benefits derivable to the Club from the Kitchen. The quality is assured and prices highly competitive.

To the Glory of God, my administration aggressively embarked on the resuscitation of the moribund Car Park Project hitherto abandoned by the immediate past administration.

I appreciate all for believing in the Project for the common good of the Club. I also hope succeeding administrations will also not jettison this laudable envisioned project which my administration worked assiduously to achieve PILE CAP. But for the Contractor’s ineptitudes, we would have achieved a minimum of 2-floors at the end of this administration. I thank all the members of the various Car Park Committees that supported my administration to achieve the little success in moving the Car Park Project forward.

Distinguished men of honour, let me not risk the temptation of a lengthy speech but suffice to say that under my watch also, my administration replaced the staff uniform through the sole sponsorship enjoyed from our Trustee, Chief Layi Olumegbon, GCOP. We also streamlined the hitherto two conflicting Security Companies which had been used by the Club for more than 5years into one with appreciable efficiency.

The maintenance drive by this administration was massive as all the sections of the Club were touched by one refurbishment or the other, the leakages in the Snooker/Billiards ceilings were finally arrested, all sporting facilities and sanitary wares were maintained and where necessary, replaced especially appliances like Televisions and Air-conditioners. The borehole water is being treated on a monthly basis and the perennial unpleasant odour is now a thing of the past.

Let me also say that the registration of the recently endorsed 2018 Constitution of the Club is on-going. This administration also ensured that during the National Identity Card regularization exercise, majority of members of the Club participated due to the intensive mobilization embarked upon by the Management Committee. The Club was made an outlet for the exercise for ease of access to members.

We have also improved the finance of the Club compared to what we met. The Treasurer will expatiate on this in his report.

Eminent members, this administration has maintained a high level of discipline culminating in some erring members of the Club being penalized.

Gentlemen of Island Club, as at the time of my ascending this exalted position, there were threatening challenges bordering on unjustifiable disciplinary actions meted out on some members of the Club and these absurd decisions, after due diligence, were reversed.

Sadly, I wish to place on record that one of the greatest threats to this administration is the challenge posed by a Past Chairman, Mr Oladipo Okpeseyi, SAN. He was found guilty by a duly constituted Disciplinary Sub-Committee set up to look at the petition filed against him by the Chairman Board of Trustees, late Chief Sonny I. Odogwu, CFR, GCOP wherein the latter was alleged to have been adjudged bankrupt by a Federal High Court. Chief Odogwu was hastily suspended by the Administration of Dipo Okpeseyi, SAN as Chairman. The 2nd issue is the issue of Past Minutes of the Club which he failed to sign. However, the Management Committee, having considered so many variables, decided to set aside the 15 years suspension recommended by the Disciplinary Committee on the two-count charge. Rather than appreciate the magnanimity of the Management Committee, Mr Okpeseyi who had himself, whilst as the Chairman of the Club, suspended a past Chairman, sued the Club at the Federal High Court, Abuja. Your Club is presently being represented by the law firm of Rickey Tarfa & Co.

I sincerely enjoin all members that in choosing those to run the affairs of the Club in future, we should be careful of those who pretend to love the Club but are delighted in bringing the Club into disrepute.

I am happy to inform you that although this is my last AGM as the Chairman of our great Club, I am leaving the office better than I met it. In the last 24 months, I have enjoyed tremendous support from my Management Committee, Elders, Group Leaders and indeed the generality of members of the Club.

In a matter of days, I will be handing over the baton of leadership to another distinguished member who by our votes/mandate would have been elected to run the affairs of the Club for the next Club’s calendar year.

My profound appreciation goes to His Excellency, Mr Akinwunmi Ambode, FCA, GCOP, the Governor of Lagos State for his tremendous support for his Club. As fate designed it, we are both “Course Mates” in this journey as he will also be bowing out meritoriously from office after a 4-year glorious service to our dear State – Lagos State.

My appreciation goes to my Vice-Chairman Otunba Diji Vera-Cruz whom in the last five months helped in the effective management of the Club due to my additional responsibilities outside the state and internationally. My thanks also go to the Hon. General Secretary Omodayo Olomo, Esq. for the support he gave to me through his firm grip of the Secretariat as the Chief Administrative Officer. The Club is grateful to him for the positive role he played in the installation of the new ATM in the Club. The Treasurer, Mr Segun Oyegbola, FCA, a team player and diligent accountant who helped to effectively manage the Finances of the Club. The indefatigable Social Secretary Otunba Stephen Ogundipe and his able assistant Engr. Sesan Dada ensured the Club had no dull moments for the past 24 months. The creativity which Alhaji Sanoi Okesanjo introduced to the Club’s sporting activities was unparalleled and indeed lifted the Club’s sporting image beyond expectations. I thank Chief Biodun Sowunmi, the Assistant General Secretary for being positive most times especially when there are serious issues that concerned all. My thanks to all members of the vibrant Management Committee for their cooperation and in particular to Hon. Yomi Daramola, the First Lagos Member, for the remarkable maturity exhibited during most of our crucial deliberations. I also express my appreciation to the Secretariat Staff and the staff in general for their support especially at difficult moments whilst serving our great Club. I thank you all.

How We Have Improved Island Club In The Past 2 Yrs – Chairman, OLABANJI OLADAPO was last modified: May 10th, 2019 by City People

‘He Was A Trusted Loyalist’, Bayo Adelabu...