Home News I Always Tell People I Am A Bricklayer, I Build Houses – ALABA SONIBARE
News 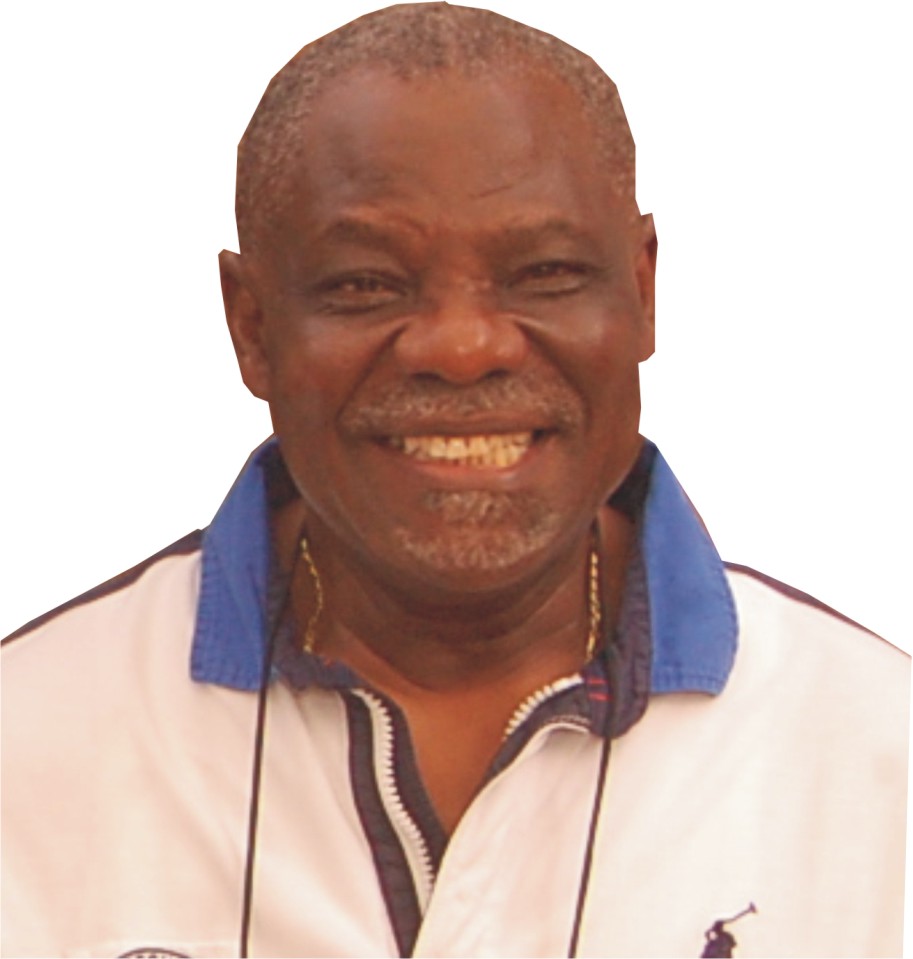 Interestingly, he didn’t study real estate. He studied Law. So, he is a lawyer and a leading property merchant. His expertise and professionalism in the real estate industry is second to none. He took over the running of Sonibare estate from his late father, Chief Samuel Olatubosun Sonibare, after his death, many years ago and he did well, running the estate for 17 years before other members of the family took over.

In this interview with City People’s Reporter, FEMI FABUNMI, he spoke on how his father built SONIBARE Estate, considered to be the first privately owned estate in Nigeria and why the name changed from Maryland Estate to Sonibare Estate among other issues.

Otunba Alaba Sonibare has been in the real estate business now for 41 years. I am a lawyer by profession and also a  Bricklayer too. People ask me the reason why I claim to be a bricklayer and I tell them I build houses. I got this from late chief Michael Ibru at an event. He stood up and described himself as a Fisherman. He was the chairman of the conglomerate and he claimed to be a fisherman because he is involved in fishing.If he could do that then , I should claim being a bricklayer.I am a professional landlord, I don’t do any other job apart from this.That’s why I don’t get involved in any other job or contract.

Sonibare family is big, tell me about them?

Sonibare Family is big like you said. There are 13 children of my father, I’m the first son. I have 6 sisters, unfortunately one of my brothers just passed away.The family is from Ijebu-ode,The Ijebus came to Lagos very early. Part of Lagos is Ijebu but they took over a long time ago. Mr and Mrs Sonibare are late.The land where Sonibare is now ,is situated on a big space somewhere in Maryland. My father bought the 50 acres of land in 1958 for 5,000 pounds from the original owners the  Onigbongbo family.It was initially known as Maryland estate, before it later became Sonibare estate. It was a big jungle at that time , the Ikorodu road was just two lanes and you could get here from anywhere within few minutes because there were very few cars on the road , people were riding bicycles .When we moved here in 1960, we had very thick forest, different kinds of wild animals like Phtyons, Monkeys etc.  People said Sonibare has moved to the jungle, but that wasn’t true at all, my father had a premonition that the Maryland will grow to become very developed because of it’s proximity to the airport.If we talk about a real estate genius ,my father was a genius he had forsight. He achieved all of  this at age 44 a time when all other colleagues of his hadn’t achieved half of what he had.

At what point did Maryland estate change to Sonibare estate?

That’s a very good question. What I remember is that one particular day when I was coming from my University UNILAG, I wanted to board a cab then I asked the cab man to take me to Maryland Estate and he said where is that.In the process of trying to describe where the estate is for him, he suddenly interrupted me and said Sonibare Estate and I said yes if that is what you choose to call it.

See I cannot categorically tell you how that name stuck but what I do remember is that gradually the name changed from Maryland Estate to Sonibare Estate over a period of time.My dad built the first privately owned estate in Nigeria. My father named it Sonibare Estate. He went to the catholic missionary who built schools around here as at then, he met them and ask if he could name his estate Maryland Estate and they agreed.They knew at that time that the estate would also bring about big developments for the environment known as Maryland.

You read Law, why did you venture into real estate?

I didn’t have a choice,I had already lost my dad and my mother asked me to take over being the first son.

Tell us the full names of your dad?

My father’s name was chief Samuel Olatubosun Sonibare,the first Asiwaju of Ijebu land.My mum was Chief Olapere  from Ibeju-Ode she was a princess, dad died in 1954 at the age of 44 while mum died about 12 years ago. We have their pictures at the fountain just very close to the entrance of this estate.

When was the last piece of land developed on this estate?

The last piece of land was developed about 15 years ago, it was a virgin land as at then. However, sometimes we demolish and rebuild.

Who runs the estate now?

I was the one running it before, I ran it for a very long time before stepping down.The estate has now being shared amongst familiy members.After graduation my mum asked me to step into my father’s shoes and I think I did that for many years before we decided to share it.

Can we say Sonibare is one of the Oldest estates in Nigeria?

That’s an understatement, it is the first in Nigeria. It was built in 1958 at a time housing estate hadn’t become very popular. Now you will find estate springing up right , left and center.It is one of the finest estate in Nigeria, it is very close to Ikoyi and Lekki Estates in terms of proximity and desirability.

How have the Sonibare family been able to run it successfully?

We have philosophy and guiding principle.At some point it was still behind GRA, but because we operate a vast of land covering about 50 acres with just 2000 housing units.while GRA is over 5000 housing unit.

Who coordinates activities of the estate?

It is being coordinated by the occupants, we have excos, I used to be a an exco member.See we sold about 40 units to outsiders,they constitute the estate .We have chairman while I am the assistant. The Sonibares cannot do it alone hence we brought in more people to come in.

Tell us about security , what is the security situation of the estate?

During the Civil War, almost everything was grounded but my mum was able to invite the Airforce to come live within the estate and they provided security. Even when they left, the respect this estate commands till date is still massive. We have never recorded any issue of Armed robbery in this estate.

What about Burglary or theft issue?

No, except when it is from the inside. Except when your cook or gardener is responsible.

How profitable is the real estate business?

It is very profitable, just that now a days the profit is reducing. Yyou know the country is still in recession.Things are not moving as it used to be, but generally it is good business.

Tell us the name of your real estate company ?

Very simple. It is Alaba Sonibare and Co. No more no less.

I Always Tell People I Am A Bricklayer, I Build Houses – ALABA SONIBARE was last modified: May 13th, 2018 by Femi Fabunmi