Home Interviews I Am Not  As Tough As People Think – LAGOS Ex-Deputy Governor, KOFOWOROLA BUCKNOR
Interviews 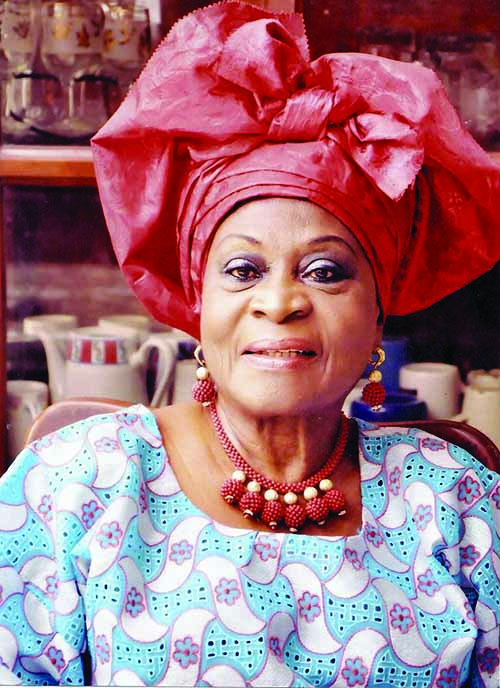 Kofoworola Bucknor Akerele was a Lagos former Deputy Governor to Bola Ahmed Tinubu, from 1999 to 2002. She was born on April 30, 1939. She went to CMS Girls School, Lagos before she travelled in 1949 to England.

Mrs. Koworola is one of the top Lagos politicians who have carved a niche for themselves. The Lawyer-cum-politician is a human right activist and she is perceived by many to be a tough woman. A few weeks ago, she celebrated 78, but the birthday celebration was low key.

Last week, City People’s Senior Reporter, Isaac Abimbade, had an exclusive interview with the Septuagenarian   politician in her residence, Muri Okunola, Victoria Island, Lagos where she revealed what life has taught her at 78. She also spoke about her parents, her growing up years, both in Nigeria and UK. Enjoy the piece.

Recently, you clocked 78 years, can you share with us what life has taught you?

Could you tell us some of your life encounters and what has made you one of the strongest women in Lagos?

Can you share with us your growing up experiences?

Growing up in Lagos was completely different. I think the other day, we were reminiscing about what it was like when we came out of school, you had mangoes, you had ‘agbalumo, and you could walk anywhere on Lagos Island. Everybody knew everybody. It was a very close-knit society and also it was a very honourable society because people believed that a good family name is above anything else. So,  children were disciplined, they were taught not to lie, they were taught not to steal. Even if you went home with a pencil and your parents knew that they didn’t buy the pencil, you would be in big trouble.

How was your primary and secondary school experiences?

I didn’t have my secondary education here. I had my secondary school in the United Kingdom. My primary school time was very enjoyable. I think I have people like Chief (Mrs) Leila Fowler, who was my school mother. Many of us already knew each other and our parents were already friends, so, we played together. It was a very beautiful childhood, let’s put it that way. We went on picnics with our parents at the weekends. We had birthday parties. It was a very nice time. After that,  I went to secondary school in England, that was around 1949.

It was a different ball game altogether because we were not familiar with many black people, some of them still thought we had tails, some of them still believed we lived in the jungles. I remember I used to tell my school mates that, Elephant passed through my backyard and came to say good morning to me and they believed me. It was a different kind of lifestyle, but students’ life was very good, although people discriminated, but within the school environment there was no discrimination, all the children were treated equally.

Tell us about your parents!

My father was the late Dr. Oni Akerele and my mother was the late Mrs Akerele (nee Bucknor). My father was a Medical Doctor, while my mother was a Nurse and I think that was how they met each other, (smiles). My mother was a very strict disciplinarian, very, very strict, no-nonsense sort of person. They were both in UK when I was in school. Actually, my mother was, in fact, working at various famous hospitals. She worked at St Mary Paddington in UK. In fact, she worked in the ward that Princess Diana and all the royal families were having their children.

She used to have many famous patients, who gave her nice presents, chocolates and things like that, which she used to bring home. My father had his Clinic in London. In fact, it was his house that Egbe Omoduduwa was formed in London.

Tell us more about Egbe Omoduduwa, was it formed as a result of your fathers influence or suggestion?

My father was the first president; and Awolowo was the secretary. They used to have their meeting in my father’s house in London. It was after that they brought it to Nigeria, and then transformed it into the Action Group.

Was that the reason you were appointed a Deputy Governorship candidate to Ashiwaju Ahmed Tinubu in 1999?

Not at all, it has nothing to do with that. I think there were two things that brought me to be deputy to Senator Bola Ahmed Tinubu, the first one was the role I played in NADECO, then the second one was the role and  the position of Afenifere. It was Afenifere that formed the AD. Bola Tinubu was not a member of Afenifere, he was not in Afenifere and, therefore, when he emerged as the Governorship candidate,  Afenifere felt they formed the party and therefore I should go and be the deputy governorship candidate, so they would be represented in the party they formed.

Tell us your years in politics, any regret at all?

What is your view about Senator Musiliu Obanikoro defecting to APC?

Well, it is up to Obanikoro to decide what he wants to do with his political destiny.

What inspired you to study Journalism in the UK?

Well, I did both Law and Mass Communication. I first of all studied Law and at that time I was a Freelance reporter for  the British Broadcasting Corporation (BBC) and at that time they were setting up Voice Of Nigeria (VON) at the Embassy then. They were looking for people then to work at the station. The late Sunday Young Harry recruited me to VON and that was how I went into journalism and into broadcasting. I also did advertising and from there to politics.

My husband is from the North. He is from Kano State, a royal family in Kano. He was a very brilliant man. He worked for  UAC. He was the MD of many companies. Also, he too went into politics, he ran against Rimi, but lost and  Rimi became the governor of Kano State.

Tell us about some of your friends!

I had many friends then and we are still friends till date. We have Professor Oluwakinyanju, Chief Femi Williams, Ambassador Ajose, so many of  us. Then the late Okoya Thomas, the late Funmilayo Johnson, Mobolaji Johnson’s wife.

Many persons outside would say you are a tough woman, how true is this?

(Smiles). I don’t know. Maybe I’m principled, that is why they think I am tough because my yes is yes, and my no is no. So, if somebody is like that, they sometimes think people who are principled are tough. It doesn’t mean that they are tough, it simply means they are principled and they stand by what they believe is right.

What has your past experience with Bola Ahmed Tinubu taught you in life?

It had taught me that, one should learn to forgive, no matter what somebody does to undermine you, to ruin you, you should forgive the person.

I Am Not  As Tough As People Think – LAGOS Ex-Deputy Governor, KOFOWOROLA BUCKNOR was last modified: May 16th, 2017 by Isaac Abimbade

Why I Have Been Off The Music...

Why We Interviewed Gov. Ambode – City...

How I Was Installed An Oba In...