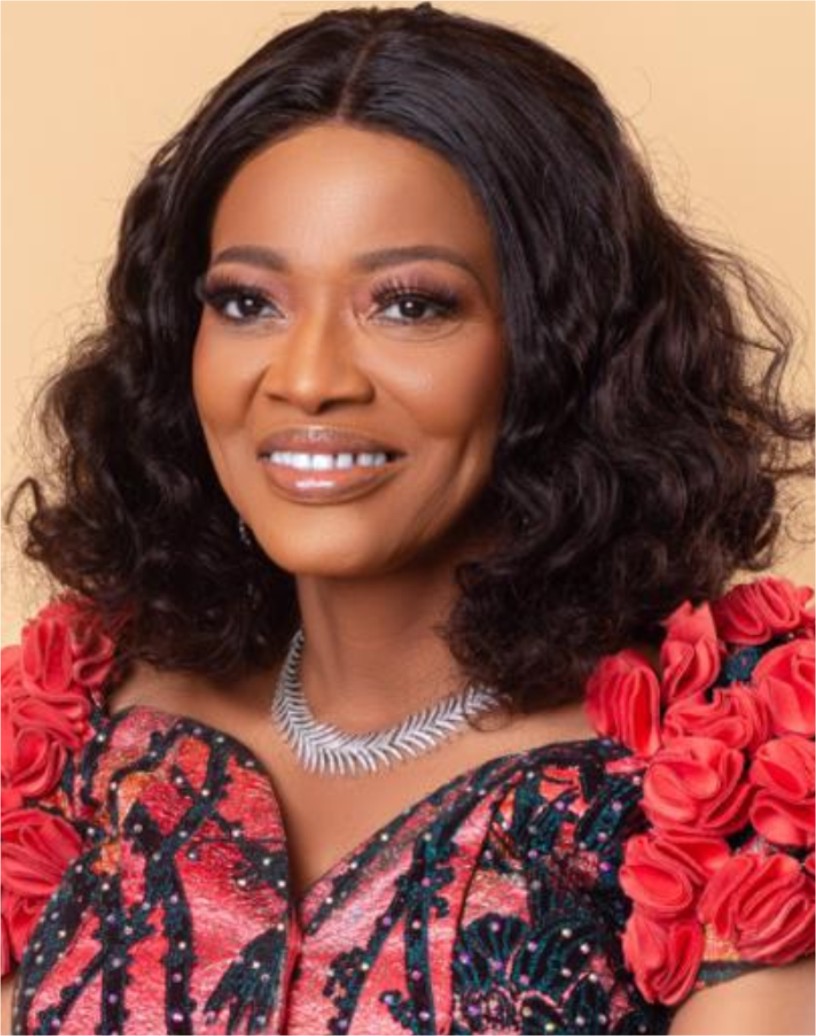 Adetoun Mutiat Adediran was raised in a political family. She joined politics and rose to become the 1st Female Deputy Speaker of the Lagos State House of Assembly. At the time, she was representing Surulere Constituency 1.

But, her ascendancy in the political scene almost affected her marriage. In this interview with IYABO OYAWALE, she admits that there were serious marital issues that she faced squarely.

You have been off the scene for a while, what are you currently involved in?

Off the scene? I have always been part and parcel of the government as well as the political scene. After being the Deputy Speaker, I became the State Woman Leader, South-West Woman Leader and I chaired some boards. LBIC, Lagos Building Investment Company.

I chaired the board. Presently, I am a member of the Board of the Micheal Otedola College of Primary Education.

What was the experience like as the Deputy to Senator Olorunimbe Mamora?

We had a nascent democracy at the time and we the legislators were trying to find our feet and as the first female Deputy Speaker, it wasn’t easy but I tried my best. I believe whatever a man can do, a woman can also do. I thank God for the set of colleagues I had then, we all tried to work together. It wasn’t easy at first but we tried our best.

How did politics start for you? Is it that you were born into it or you just decided to pick it as a profession?

They used to say “Owaleje”, it is in the blood. My grandfather was an entrepreneur during Baba Awolowo’s period. My daddy, Aderibigbe Adediran also joined politics.

I started mine right from school.

Which school was that?

The University of Lagos. During the Shagari regime in 1979 when I was very young, my dad was one of the leaders in the Local Government and the Ward so people come around the house, Through that, I could see that the man was always trying to help people and I picked on that.

How was growing up for you?

I was born into a family of 4 and I attended Lagos Anglican Girls Primary School, then Aunty Ayo Girls’ Secondary School. Then, I moved to the University of Lagos for my first and second degrees.

I got a first degree in Chemistry while my masters was an MPA. Masters in Public Administration. I have the dream of doing my PhD.  I have been too busy politically but I still intend to do it.

Would you go for an elective office again or you’re done with it?

Definitely, I would go. I still have the dream and my people are always clamouring for me to go and I believe that this time around the leaders will look around and pick.

Which office are you aspiring to?

The leaders will decide that.

Now, let’s talk about your family life. Your marriage, your children.

I am married and I have children who are all out of University. My children are the love of my life and I am okay with my family.

But you didn’t mention the name of your husband.

He said I shouldn’t mention his name and even the name of my children. He doesn’t want to be in the public space.

Now, how was it like being the state woman leader for 9 years?

I did that under 3 different political parties. Nobody has ever done that. I was there during AC, ACN and APC, so we give glory to God.

Would you say you’re fulfilled with all you have achieved?

Would you call yourself a professional politician?

I won’t call myself a professional politician. I have some other things that I do. I am into business, we all know that women can do several things at the same time.

How do you juggle being a mother, wife, politician and businesswoman?

I always see my work and family as 2 parallel lines that never meet. It is not as if I just joined politics. I was born, bred, and buttered in politics and I still remember the way my father handled issues. I understand the system. I never allow my work, political life and business to affect my family. I try to manage them all.

You’re a fashionable woman. What informs your style?

I think I am simple and that informs my style. I take my fashion sense from my great grandparents. I just know what to wear per time and occasion.

How were you able to hold your own as the first female Deputy Speaker of Lagos State?

As the Deputy Speaker then, I tried my best between me and my then-husband. Because of friends and family, people were like ‘Iyawo e ti ga ju e lo’ meaning your wife is greater than you. It was a very young marriage and I was in the public eye. I tried to manage the situation and I thank God for everything. It wasn’t easy but I tried my best.

What do you think held your marriage together?

Well, there were issues and it was all over the world. Then colleagues who want to unseat you will go about spreading all sorts. And we all know that some men can be jealous than women and sometimes you can choose to believe what you hear. As I said, I came from a political party and I never allowed what was happening to affect my work. I faced the issue and my parents were supportive. They know the kind of child they had. Though my kids were young and didn’t understand what was happening, they stood by me. It was a tough period but I thank God I was able to weather the storm. I think trust played a major role.

Like now, I have been out of Lagos for days and there is no cause for alarm.

What should your people expect from you?

I will continue my best to seek their well-being.

What advice do you have for young people who want to go into politics?

I have a lot of people that I mentor and my advice to them is that they shouldn’t see politics as a money-making venture. If that is the focus, you won’t be able to perform. Have the love and interest of people at heart. Give your people a reason to smile. Don’t let money be your mini-god.

Do you mentor on a personal basis or you have made it an institutional thing?

On a personal basis, when they approach me and then I do move around to mentor. I have been to Calabar, I go to them and talk to them. I have some of them now that are councillors.

Looking at the people you have mentored, would you say there is a future for Nigeria?

There is a future for Nigeria but the future is in our hands. We all need to come together to make our nation great. Let’s stop saying negative things about our country. The future is bright for all of us if we are able to work towards it.

Would you say politics is lucrative?

It all depends on the way you see it. Some people see it like that.

Looking back, do you think there is anything you should have done which you didn’t do?

I did a lot as Deputy Speaker. I got my constituents jobs in banks etc. The more we move on, the more we see things that can be done.

Why do you think some women in politics are bedevilled with controversy?

Some people believe that you can use what you have to get what you want. I don’t believe in it, I believe that you should be able to stand side-by-side with the men and slug it out. I don’t believe anything should be given to me on a platter because I am a woman. That is why I am against this Beijing issue. You have got to be able to fight and prove yourself but some women believe in using what they have to get what they want. When they get up there, they will know in their hearts of hearts how they got there.

I Am Still Very Much Active In LAGOS Politics – HON. TOUN ADEDIRAN was last modified: October 26th, 2021 by City People