I don’t Want To Be My Father! Femi Kuti Blasts Critics 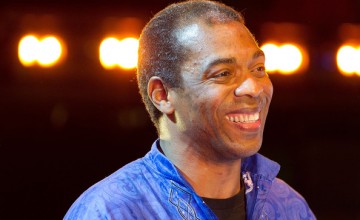 Son of the legendary Afrobeats founder, Femi Kuti on Tuesday responded to critics after he was yet again compared to Fela Kuti, his late father.

Following the release of Falz’s ‘Moral Instruction‘, a socio-political album which sampled three Fela songs, some music fans turned to Femi to ask why his songs are not as critical as his father’s.

The Afrobeat veteran responded by saying he does not want to be his father and that he has nothing to prove after 10 albums.

He tweeted: “I’ve said it several times, I probably will have to repeat till I die, I don’t want to be my father.

“I love being me Femi Anikulapo-Kuti. And I totally appreciate myself and my being.

“I did not inherit Afrobeat. It’s the style of music I grew up with & I love 2 play. It’s not my fault I’m Fela’s child.

“Maybe he should never have slept with my mother and I probably would be with our Lord God relaxing. And Sir after 10 albums I don’t need to prove anything 2 u.”

The ‘One People, One World’ singer also commented on an allegation that Fela wrote some of his early hit songs such as ‘Wonder Wonder’.

He wrote: “My father never wrote wonder wonder for me. I had left him then. He never wrote any of my music. He would never do that.”

READ ALSO: RIHANA SUES HER FATHER FOR STEALING FROM HER

I don’t Want To Be My Father! Femi Kuti Blasts Critics was last modified: January 16th, 2019 by Damilare Salami