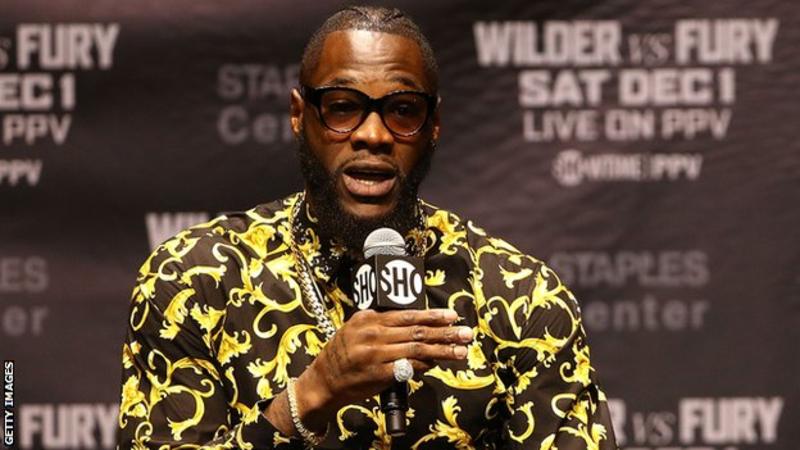 Deontay Wilder says he has “transformed into a killer” before his world title fight with Tyson Fury in Los Angeles.

Wilder and Fury meet on 1 December, in what will be just the third bout of Fury’s comeback since the Briton vacated his WBO and WBA titles to focus on treatment for depression.

WBC heavyweight champion Wilder, who has a 40-0 unbeaten record, also said Anthony Joshua was “a coward”.

“I’m feeling wonderful. My mindset and body have changed,” the American said.

In June, a potential fight with WBA, IBF and WBO champion Joshua was set back after the Briton was ordered to face Alexander Povetkin by the WBA.

After beating the Russian with a seventh-round stoppage in September, Joshua said Wilder would be his “number one choice” for his next fight, on 13 April 2019 at Wembley.

Speaking on Monday, Wilder said: “I don’t want anyone to ask me about Anthony Joshua. He was a coward and that’s that.

“I don’t have a message to Anthony Joshua, it’s all about Tyson Fury. I feel like a killer. I’m transformed into a killer.”

“I Feel Like A Killer” Wilder Speaks Before Fury Fight was last modified: November 6th, 2018 by Damilare Salami