I Have Been Involved In Party Politics Since 1955 – Baba Ijebu Lotto Boss, Sir KESINGTON ADEBUTU Recalls 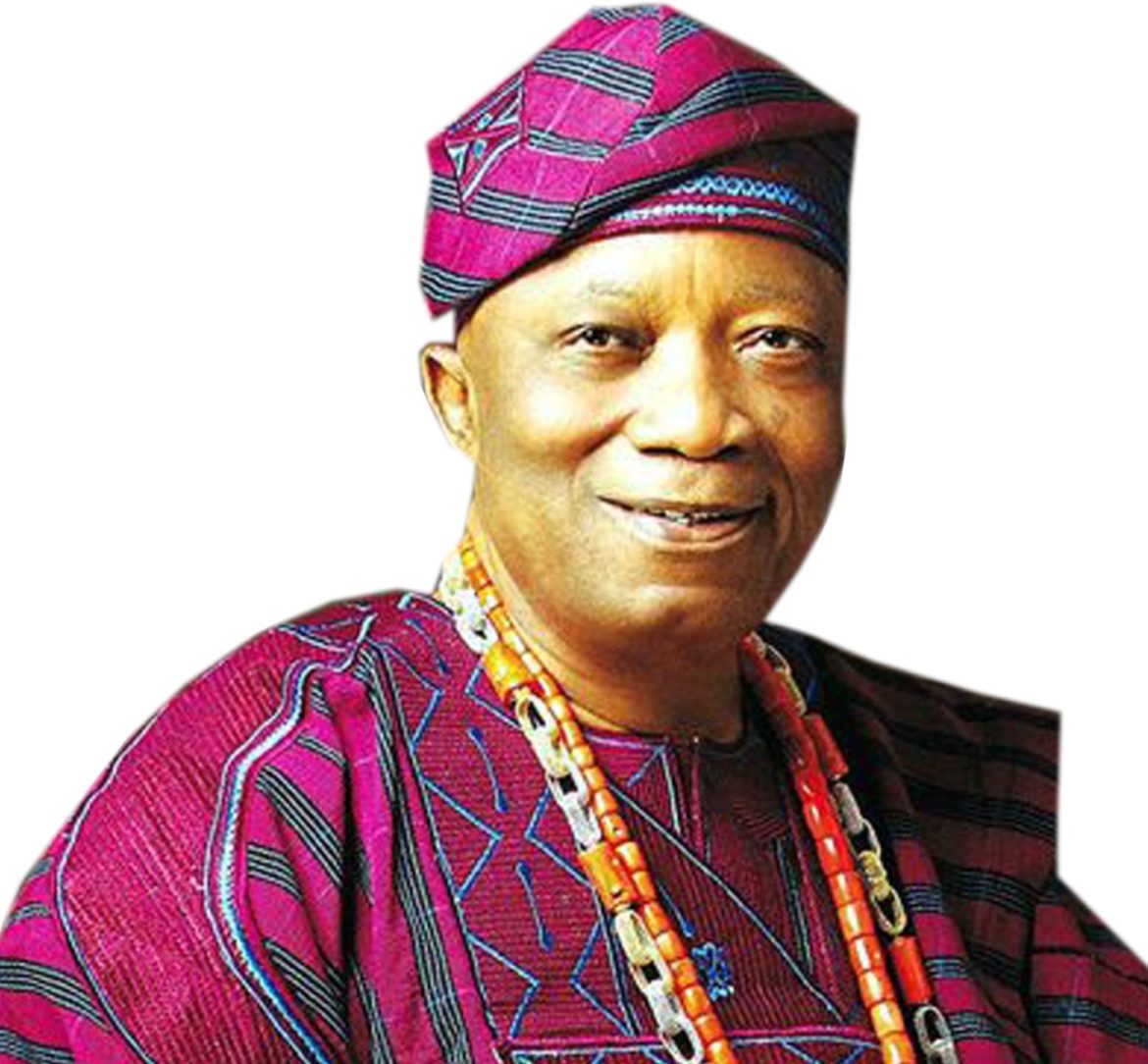 Many people don’t know that Sir Kesington Adebutu is a seasoned politician. And that is authoritative.  Perhaps only those who belong to his generation will know that as far back as 1955 he had been actively involved in partisan politics.

The grand old man of business revealed this last Friday, during the 85th birthday party of Iya Oge of Lagos, Chief Mrs. Opral Benson in Lagos.

Baba Ijebu shocked everyone gathered when he said he has been involved in Politics since the 50’s. According to him, many do not know that he has been playing politics as far back as his days as a student. “Many don’t know why I am here today to honour Chief Mrs. Opral Benson,” he began.

“I call the celebrant Mummy. But I don’t know if she understands why I call her Mummy. It’s a pity you are going to know that I was naughty at a time. The late TOS Benson and I were together in the NCNC. And as a College Boy in 1955 to be specific, I was a Party Agent under Dr. Onabamiro. I served the party on a Saturday, the following Monday I was suspended from the college.

So I ran to TOS Benson and he lodged me at Ambassador Hotel, and that is how our relationship started. For some of us who know Late TOS Benson very well, in his time I don’t see anybody who can beat his flamboyance. When he was riding the Jaguar, I didn’t see any other person riding Jaguar. Again when he changed to another luxurious, limousine no one had that kind of car. We got on well, and I called him Daddy and by our training, when you call a man Daddy, no matter how young the wife is you call her Mummy.  So that is why I always call her Mummy. For your information, we are age group. I will be 85 in October. Despite that I still call her Mummy”.

His ability to combine Politics with Business has helped him a great deal. That possibly explains why he has survived despite all the various government that have come and gone.

Lets tell you a little more about this successful Ijebu businessman who is generous to a fault.

Traditionally, Ijebu people are often accused of being miserly. But Sir Kesington Adebutu has proven them wrong. He has touched many lives in so many ways”

Everywhere you turn you will see his handiwork, all over Nigeria. His latest philantropic gesture was the construction of the Ultra Modern Kesignton Adebutu Sports Centre for members of Association of Friends at their Plot 88, Ikorodu Road, Maryland Club House in Lagos. Let us tell you more.

As an employee, Kesington paid his dues early in life by working first with Cable and Wireless Limited, (which later transformed into NITEL) as an operations clerk in 1956. He joined Claffin Chemicals Ltd as a Salesman and rose to the position of the Regional Sales Manager for Lagos and the old Midwestern State, having displayed uncommon integrity, hard work and sincerity of purpose which earned him both respect and recognition very early in life.

Armed with a rare conviction and determination to transform the society, particularly the social conditions of the masses, Kesington has become one of the most reliable social-economic dynamos of our time, helping to move Nigeria forward towards national integration, economic growth and development. His philanthropic gestures range from offering scholarships to indigenous students to offering free medical treatment to less-privileged members of the society. Sir Adebutu has also built Schools, Churches, Mosques, Hospitals and other Public monuments.

Besides being known as a Philanthropist of great repute, he has also carved a niche for himself as a Business icon and an outstanding Human and Material Resources Manager.

Popularly called “Baba Ijebu”, his Lotto business venture has brought hope to the hopeless and great succour to the needy in the society. Today, Kesington’s business instinct has made him to diversify into other investments notable amongst which are: Property Management, Agriculture and Entertainment with ground breaking successes in all. His managerial skills can be visibly perceived in his higbly efficient workforce and outstanding organisational structure.

In all these, Kesington’s philanthropic gestures stand him out as a man of rare humanitarian pedigree. His love for humanity made him to establish the Kesington Adebukunola Adebutu Foundation (KAAF) in 2005 as a corporate vehicle for his philanthropic activities and has through KAAF provided assistance to a large number of individuals.

Sir (Dr.) Kesington Adebukunola Adebutu has through the years also emerged as a respected voice and leader in traditional and religious circles. Some of the titles to show for this are:· •The Asoju-Oba of Lagos • Balogun of Remoland •The Balogun of Iperu Remo •The Baba Ijo of Wesley Methodist Cathedral, Iperu Remo •Asiwaju Onigbagbo of Ikenne Local Government •Agbesinga Adinni of Remo Kingdom •Omoluabi of Ikenne Local Government •Baba Oba Alaperu of Iperu •Baba Oba Ebi of Idena Iperu Remo •Baba Oba Aladeshonyin of Odo-Noforija Kingdom •A Knight of John Wesley, KJW.

READ ALSO: THERE ARE MANY ANTP LEADERS I CAN NEVER RECONCILE WITH – MOVIE ICON, PRINCE JIDE KOSOKO OPENS UP

There Are Many ANTP Leaders I Can Never Reconcile With – Movie Icon, Prince JIDE KOSOKO Opens Up