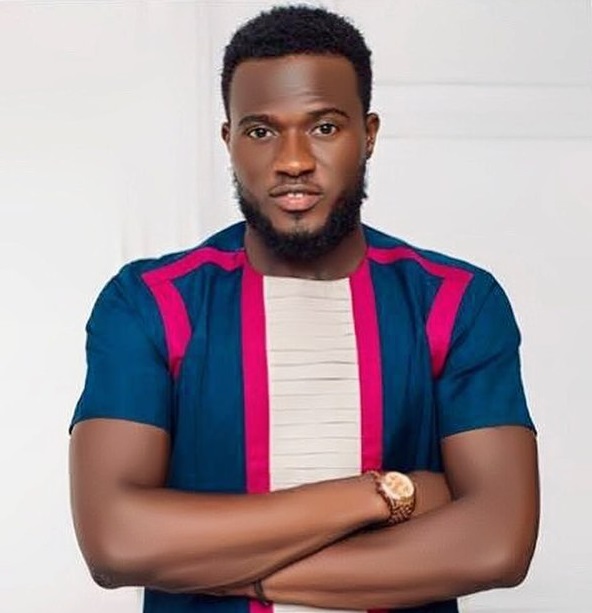 Right now, he is one of the young actors rocking the Yoruba movie scene. There is hardly any new movie that does not feature Mustapha Sholagbade, the very stylish Yoruba actor who everyone is talking about right now.

But many don’t know Mustapha’s story. A few days back he sat down with City People Publisher, SEYE KEHINDE to talk about his success story in the Yoruba movie industry.

Let me congratulate you on your giants’ strides in the Yoruba movie industry. How does your success make you feel? How has the journey been?

It has not been easy in the industry. There have been a lot of challenges. But God has been so wonderful. Things are now looking good. I can say that categorically, I don’t want to brag. But I am happy with what God is doing.

I have also monitored your activities in recent movies and I can say that you are in high demand. You feature in almost all the movies I see. How do you cope, moving from one location to another, acting back to back?

You are right. I recently traveled to Qatar. Since I came back from Qatar where I spent 10 days, for my holiday, I have not slept in my house for a day. I have been going from one location to another, back to back. The one I went for the last time, was from Osogbo to Ado-Ekiti. When I was coming back from Ado-Ekiti. I had a terrible accident. It was only God that saved me. I had an accident with the car that I just bought (muscle) I ran into a big pothole. Thank God I wasn’t speeding. I was rushing back to Lagos to be on another set. I was not supposed to leave Ado-Ekiti that day. I left around 5pm. I was supposed to sleep over and be coming the next day, in the morning. But I didn’t want to keep those people whose job I wanted to do stranded.

My plan was to get to Lagos late and sleep, so I will just go to location in the morning, on time. Unfortunately for me, I now had to sleep at Gbongan in one filling station like that. Thank God for people that came around to stay with me. I was scared that they might rob me or that something bad might happen. I was with my P.A I was just praying and reading Koran inside me. It was in a jungle. God was faithful. People came around.

Aare Otunba Gani Adams saw me on the road and parked. I was impressed. I was shocked he waited with his convoy when he saw me. He asked what he could do for me, or how he could help me. I told him to continue his journey.

He showed me love. It was on the express at Gbogan. I told him I am fine, that I appreciate his kind gesture. He wanted to render some help to me. His stopping attracted a lot of people to the scene.

After Aare Gani Adams left some Police patrolling saw me from afar and came over to see what was happening where I was. So, they came over and asked what I was doing.  We told them. When I saw the Police I was happy. I said thank God. I calmed down. When they got close to me they said ah, you this boy. I see you in movies. They saw one bike man who really wanted to help me. The Police said be careful all these bike people are thieves ooo. I hope they’ve not done anything bad to you. I said No. They wanted to carry his bike. I pleaded for him.

I fixed my car in the morning they didn’t do it properly but managed the car to Lagos. I got to the location and I did what I wanted to do. I took my car to my mechanic. He then fixed it.

From there, I went on to another location. I wasn’t feeling fine. I went to Murphy Afolabi’s set.

How did the journey into the movie world start for you? How did you get into acting?

I just woke up that morning and I told my mum, I want to start acting. She was shocked. She said since when have you been thinking about that. My mum wanted me to go to school. She wanted me to learn a vocation. I learnt Tailoring, fashion designing, I learnt nursing.

That was before I left secondary school.

I made my O’Levels result since my SS2. It’s WAEC that remained for me to sit for at that time. I started pursuing JAMB but I ended up at Lagos Polytechnic (Surulere Annex) I did my Business Admin there. After that, I joined National Open University. Because of my job I can’t do a full-time course.

I did Political Science. I am still studying. I should have been done with it but I have been busy, busy. So I have had to break it.

By nature, I love being busy. At some point, I was really into football. So much so that when I am sleeping, I used to shout pass, pass, pass the ball, Goal! Goal!. My mum will wake me up and scold me. You this boy you want go into football. You don’t know what you are doing. How can you be sleeping and be passing ball? While I was doing all these, I was going to Arabic School as well. My growing up has been very busy and tight one for me. My mum is a disciplinarian. She doesn’t allow any nonsense.

When I told her I wanted to act, she said let your daddy come. I told my dad about it. He now said ok I have a brother who is Taiwo Ogogo Hassan. I will take you to him. Taiwo Ogogo-Hassan and my father are like brothers. That is why many people think Taiwo Ogogo-Hassan is my father. He took me there the next day. I was told to get a form and fill. My dad just bought wine and some other stuff for them. My career started from there, from the Odunfa Caucus.

It has been rough. It was smooth when I started but later it got rough, very rough. Even those I looked up to, changed to me. I was shocked. I had to start praying to God. If truly you called me, if it’s my true calling please intervene.

Since then God has been so wonderful. God has been so faithful. I believe if this job is not my job, with the challenges I have come across I would have quit. I don’t like stress. If I don’t do acting, I have skills for other things that can equally make me big. It’s not a do or die thing.

There are so many things people don’t know about me that are inside me. Some of my bosses know this God has answered my prayer.

How was your training with Odunfa Caucus?

It was good. I went through Odunfa Caucus before I started my career. That was where I started from. When I went there, Ogogo was like I need to finish my secondary school before I can do anything else. So, I will go to school and when I close I will come there to say hello to them. I will stand around and be looking at what they are doing. Then I will leave and go to Arabic School. I was just joggling everything then. When I finished my secondary school I joined them fully.

Back then, who were those you saw as role models that inspired you?

Ogogo. I used to look at him in movies. I like the way he acts. After I joined the industry I now had more role models like Yinka Quadri, Abbey Lanre. They are my bosses, Uncle Afolayan, Bayo Tijani.

Which of the movies brought you into the limelight?

Back then it was Ewa by Funke Akindele. She didn’t use her name though. It was from that film people discovered me. I did my own personal job in 2010. I did Ebun Mi. I produced Ebun Mi in 2010. That was my first personal production. When I did that a lot of people discovered me, even the marketers. After that, I did Emi Ni Omo Baba Olowo.

After that, I did J Boy, my own production.

After that, I did Single Mother. That went viral. Then Gold and Treasure was my last production before I did the one that will be out soon. It’s going to be out soon.

It’s called Iyo Ayemi. It is coming out very soon.

Nowadays, in the industry, some new guys have come in and they don’t show respect for their seniors. I have been in this industry for over 10 years. You know my story. I didn’t just start yesterday. And nobody can come out to say I have ever been rude to him or her.

I Have Been Through A Lot Of Hard Times In The Movie Industry was last modified: August 20th, 2018 by Seye Kehinde

Real Estate Sector Has Not Done Well Under BUHARI