Home News I Have Been Working Behind The Cameras For 23 Yrs – Popular Film Maker, LANCELOT IMASUEN
News 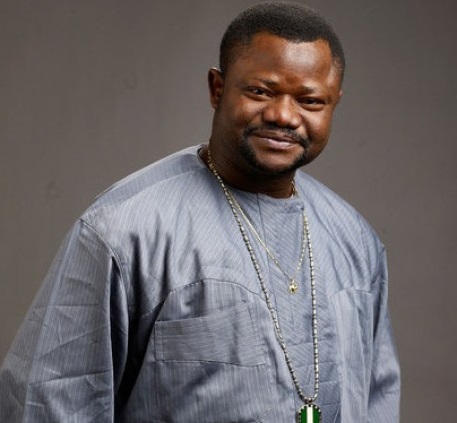 Lancelot Oduwa Imasuen is a big name in Nollywood. He is an award-winning Filmmaker who has lost count of the number of films he has produced in over 2 decades. They include Issakabaa1 -5, Last burial 1-2, Games Men Play, Games Women Play, Masterstroke, Private Sin, Critical Decision, Victims, Family Battle, GSM Connection,  August Meeting 1 -2. Produced and directed blockbuster movies are Yesterday, Adesuwa, Uncle Wayward, Invasion 1897, ATM, Love Upon The Hills, Crushed, Lovebirds, Single Only In Abuja, Girls Are Not Smiling.

He has been making films for the past 23 years and within that period he has won a series of awards. From City People alone he has won 3 awards since 2009. He won the Best Director of the Year Award in English in 2015. And at the last City People Movie Awards, he was honoured for his remarkable contributions to the Movie industry.

Last week Thursday, the Benin born filmmaker spoke to City People Publisher, SEYE KEHINDE about his success story. Below are excerpts from the interview.

You’ve been doing this now for decades. What has kept you going?

I have been doing this now for 23 years. Its been 23 years behind the camera. And to the glory of God, there is no single year in these 23 years that one will not have at least 3 to 4 movies to my credit. Now, we have lost count of the number of movies we’ve been able to do. And they are movies of high quality, high standard. They are blockbuster movies like Isakaba, Adesuwa, and co.

That is why many people, including City People, have described me as the most consistent filmmaker in Nigeria. Somebody even said in Africa. I have remained focused, believing that this is what I have been called to do. But right now, I have gone beyond making films. I have gone into grooming a new generation of filmmakers. Today, I see quite a number of new filmmakers that one has groomed, winning awards all over the world. That gives me joy. We have also gone ahead to set up an Institute called The Benin Film Academy where we train filmmakers. I am very passionate about where I come from. My target now is to groom more Lancelot and to also be conscious of the mistakes we made, so that we can correct it. It’s not about the money but the legacies one wants to live behind.

Over the last 23 years, you must have been faced with various challenges. How have you weathered the challenges?

Mine is a mindset. I made my debut in 1995, I have been at it since then. I didn’t get to hold a plaque or an award till for many years. But year in, year out, I got nominations. The most I could get were nominations, so I kept asking myself, is it that one is not doing the right thing or what? How come I could not get a personal award to my name? That didn’t come until the year 2000 from the Association of Theatre Arts Students. To me, it was a big challenge then, the challenge of not been able to win an award. But I braced up to it then, and I asked myself critical questions what is it I am not doing right I have learned lessons from that experience enough to advice the young ones. I can say to them if care is not taken, Award is a killer. If you get an undeserving award it can kill you. Receiving an award can kill you or make you.

Sometimes, we also face tribal challenges, ethnic challenges. Where I come from in Benin, we are the minorities minority. It may be a very big kingdom in name but in terms of size, and involvement in the entertainment industry, we are very, very minute. That’s our challenge. But I have taken the challenge head on, believing that through me, that place I come from might just be heard. That’s why Chief Bisi Olatilo said that day that when you see Lancelot you see Bini. 23 years down the line one has become a representative and a local carrier for a particular destination in Nigeria. Several other big names are also emanating from that place. So, I have been able to break that barrier of ethnicity. Our place is too small. We are not in the mainstream at all. There are other challenges which my colleagues also face like the challenge of finance. There are projects that you can’t get money for,

because of the market returns. We now seem to be underplaying some works, unlike those days when we went into big-budget projects like Isikaba, Ebuka, King of the Forest. There was no holds barred because everything you need is available. You want to go the whole hog. You want to express yourself as much as you can. But today, you can’t do that again because of cost. You are conscious of what are the things that are available. You are conscious of the cost you are looking at Return On Investment. What is the essence of going to collect N20 million from somebody when you are not sure that the market is big enough to swallow up the job and give you back returns? This is the major challenge that Nollywood is facing today. The challenge of how to open up the market, especially the distribution aspect. When it was the era of DVD and Cassettes, we used to sell over 500,000 to 1 million copies, 2 million copies, like the Isakaba series. We sold millions of copies. And the financier of that project didn’t have any problem giving you more money to do bigger jobs. There was healthy competition. But today, it is not so. That is one challenge we have not been able to surmount here in Nollywood.

I Have Been Working Behind The Cameras For 23 Yrs – Popular Film Maker, LANCELOT IMASUEN was last modified: September 24th, 2018 by Seye Kehinde