Home News I Refuses To Enter DSS Hospital, Will Sleep On Bare Floor In Their Premises – Dino Melaye
News 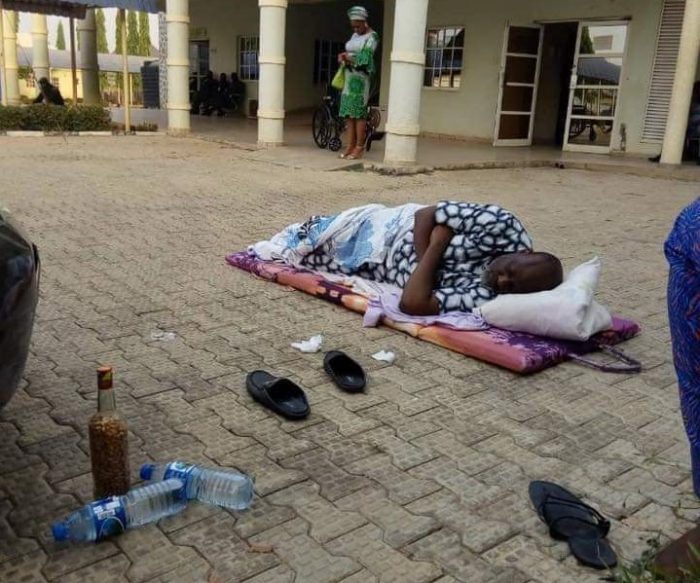 Senator Dino Melaye lying on the floor at the DSS medical facility in Abuja.

After he was forcefully moved from the Police Hospital in Abuja to the Department of State Security Services (DSS) medical facility still within Abuja, Dino Melaye, the senator representing Kogi West Senatorial District in the National Assembly, has refused to enter the main building of the DSS centre.

Instead, he took a position on the floor within the premises.

It was gathered that senator demanded from the security operatives the reason for bringing him to the DSS medical facility.

Afterward, he refused to enter the hospital, since he claimed not to have been told the reason for his transfer from the Police hospital to the DSS quarters.

As such, he decided to stay put on the bare floor in the compound of the hospital.

I Refuses To Enter DSS Hospital, Will Sleep On Bare Floor In Their Premises – Dino Melaye was last modified: January 12th, 2019 by Igbokwe John