Home Movie Gist I Started My Acting Career @ Age 6, But Now I Am 24 – Kid Actor, OLUMIDE OWORU Of The JOHNSONS
Movie Gist 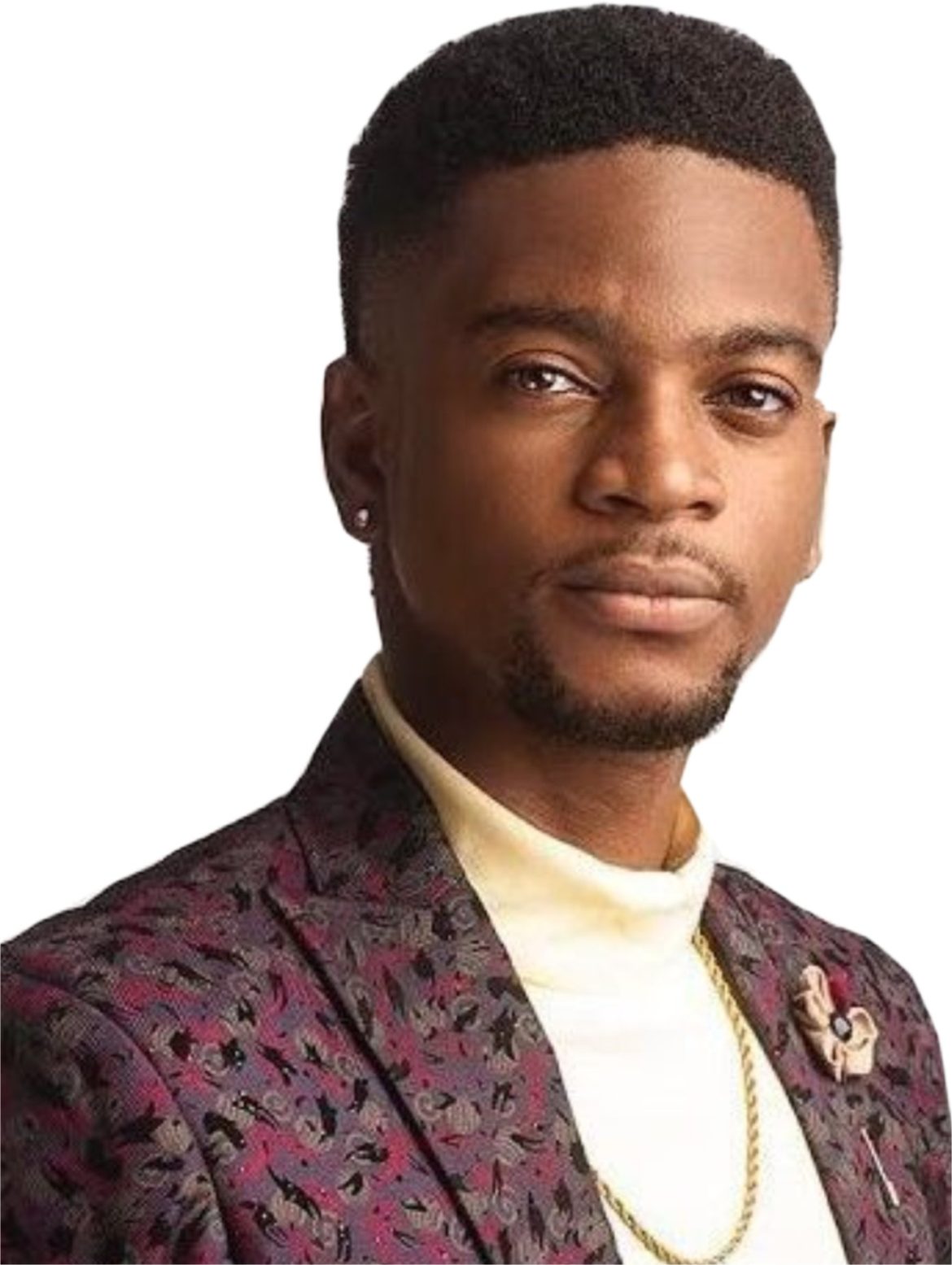 You certainly cannot meet Olumide Oworu for the first time and not take an instant liking to him. If you don’t fall for his charming look, you certainly will be fazed by his intelligence and oratory skills. And might we add too, that he’s one of the most amazing young actors to come from this side of the planet.

Little wonder he won the Most Promising Actor of the Year Award at the 2018 City People Movie Awards following his remarkable exploits in the award-winning television drama, The Johnsons, where he plays the character, Tari, and several other cinema movies that he’s featured in.

Having begun his acting career when he was less than 6 years old, Olumide’s acting talent was discovered early by his mother who began the process of helping him hone his craft by taking him to movie sets and arranging for him to be part of several drama auditions. Today, Olumide has grown to become one of the finest actors of his generations and very well on his way to becoming an accomplished actor and movie practitioner. Olumide Oworu is not just an actor, he’s also into music. He’s a cross-over artist, model, advertising practitioner, motivational speaker and media enthusiast.

In this interview with City People’s Senior Editor, WALE  LAWAL, Olumide takes us through his modest beginning as an actor and how he was able to balance his academics with acting before finally graduating from Babcock University two years ago.

Congratulations on your last award at City People Movie Awards. How did you feel when the crowd reacted the way they did when your name was announced as the winner of the category?

It felt great having a roomful of people acknowledging the hard work that you put in and the feeling that you won deservedly, there aren’t that many feelings that can top that. So, I feel really honoured to have won and I’m so thankful as well.

How has the journey been for you so far? Precisely how many years have you been doing this?

I started acting when I was 6, so we have to calculate that in terms of years, that should be eighteen. So, I’ve been acting for 19 and the bulk of that happened while I was in school, from primary to secondary and to university level. It was really challenging ensuring that neither would suffer. There were several times I missed school, I missed tests, I missed exams, I would resume late. I couldn’t have holidays because I was basically working from a film set to film set. So, I didn’t have time for family trips. I couldn’t travel, I missed birthdays, weddings, events, but looking back at it all now, I can say that it was all worth it. I don’t think I would like to change anything in my journey so far.

What did you study in school?

I studied Mass Communication at Babcock University, and Public Relations and Advertising major.

And you graduated when?

I graduated two years ago.

Let’s talk about The Johnsons, how has the series transformed your acting career?

Being a part of the Johnsons is hands down going to be one of the highlights of my entire career when I look back in my old age to look at how far I’ve come as an actor. It’s been an amazing eight years filming on the Johnsons. Playing the character, Tari is almost second nature to me now. It’s so easy, so effortless, working with the cast, working with the crew….

Is there a distinct difference between your personality and the character of Tari?

There are certain similarities in the sense that they both like sports, they both like movies, they are both in tune with what’s going on in the society, what’s hot, what’s not, I would say I’m generally a bit more reserved in person than Tari is. But in all, there are certain things I can draw from my experiences and experiences from my friends and things going on around me that I can take and turn into character traits and attributes for Tari Johnson.

Correct me if wrong, it’s like you haven’t really been involved in several home videos, is that as a result of the contract you have, being on the set of the Johnsons?

Well, a lot of it was because I was still in school. Outside of school, I only had just enough time to do one or two other projects, that’s why I couldn’t take more than I would’ve loved to. Right now, I’m out of university. So, even still, there’s still very little time on my hands because I work with an Advertising company. I work with Client Service and Creative, so there’s only just enough time to do that and film the Johnsons. But I’ve been fortunate and privileged enough to have worked on a few projects that have made it to the cinemas or online and I’ve also been lucky that they’ve been doing very well. So, what I’ve not been able to make up for in quantity, I’ve been able to make up for in quality and I don’t mind that at all.

Looking back from where you started and where you are now, how would you say you have evolved?

Well, the biggest thing for me is I started when I was almost 6 and now I’m 24. The biggest thing for me has been for the transition of going from kid actor to young adult and it’s been pretty difficult because of the material a lot of people have been seeing me in, they still see me as a kid actor. It’s been hard trying to break through that. But over time, it’s gotten slightly easier and people are starting to recollect that I’m getting older and as a result, the character that I would want to play would be ageing with me. It’s a gradual process, I’m not trying to switch overnight, I’ve been part of a few jobs this year that the age bracket is a lot closer to my real age which I’m happy for that.

Watching you and your mum on stage a while back, from a distance, she could’ve passed for your babe because of the closeness between you two and the fact that she’s a young looking lady herself, how much of support would you say you have gotten from her over the years?

That’s right, (laughs) I’ve gotten 165 per cent support from my mum on a scale of 1 to 100. She’s the reason why I do what I do because in the beginning when people didn’t even understand why I would want to be juggling school and filming, when they really didn’t see a future in what I was doing but my mum and my dad, well, but primarily my mum was the one person that saw something. I don’t know what she saw because she was the one that took me to auditions for all my first set of jobs.  So, I’m sure she saw something and whatever it is, I’m thankful she saw it and I’m mostly thankful also for the fact that she helped me nurture it. So, my mum has been my biggest support system, she’s my biggest fan on the face of the earth. And in the days when it’s hard because it gets hard sometimes when you feel like giving up and getting regular 9 to 5 job, then I remembered all that my mum has put in or has sacrificed and that keeps me going.

To be honest, when I was acting as a kid, I didn’t even think of it as a long term plan, I was just having fun, you know. I’d leave school, I would go and film and come back. I didn’t even understand that this could be a career choice for me, I was just having fun. But at the end of the day, there’s no better feeling than getting paid for what you love so I wouldn’t trade that for anything.

What are you looking at beyond The Johnsons?

Beyond The Johnsons, I’m just trying to set up my career in a way that I can make the most of it for myself and also to give back and just be an inspiration because like I said, it’s a cycle. I’m at a point now where my voice has value because of what I do. If I put a tweet out now, or a post on Instagram, it will have an impact because a lot of people will relate with what I’m saying because of the platform I have on TV. So, the biggest thing for me is to use that opportunity while I still have it and motivate people my age, younger or older people, it doesn’t matter, to just get people mostly to believe in the possibility of a better Nigeria. That’s the biggest thing for me, understanding that we live in a climate where things might not be going as smoothly as we want them to be but you can wake up and make something of it for yourself if you work hard enough and that your dreams are valid, nobody should make you feel like nothing is possible. Everything is possible if you work through the right process.

TRAILER: Behind The Scenes of Game of...