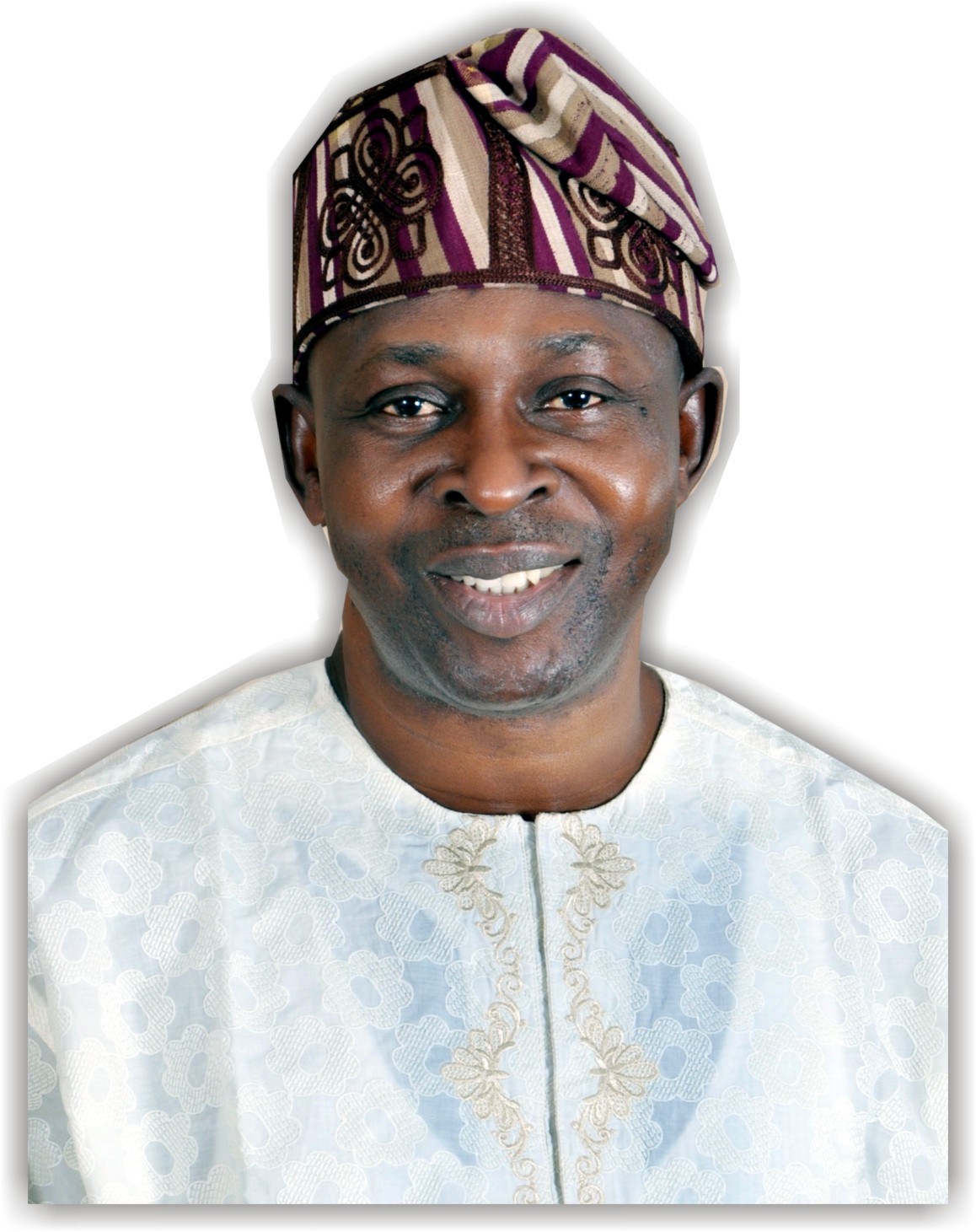 Otunba Wasiu Taiwo is quite popular in Abeokuta. He is a fashion designer and a celebrity tailor who is well known across the state. He is also popular across the country. He owns Wessy Creations that produces world-class Kaftans and Agbada for men. He has also been the President of the Nigeria Union of Tailors for the last few years. he owns the popular Continental Suites in Abeokuta.

A few days back Otunba Wasiu Taiwo, whose alias is Wessy, spoke to City People Publisher, SEYE KEHINDE about how he took after his dad as a tailor very many years ago.

How old is Wessy Creations? Why did you go into the business?

That’s a long time ago, it’s over 30 years. It’s my fathers work. My father is a local designer at Ilaro, Yewa South local government when we were growing up, he got us involved in the job. When we come back from school I used to join him. I used to look at the job as magic that they are trying to perform here. Just put a piece of material on the table and you now cut it into pieces and join it together to form a human shape. I said No, this can only be magic. I want to be able to do this magic. That is how I picked interest in it.

So, each time I walk around stores abroad, I look at ideas that they have that I can improve on to make the difference. That is why I am always adjudged the best in all the places I have worked. I always like to look at what is the next stage, what is the next thing. I learn first. Once I see what you are doing, I want to think of the next stage. How can I improve on it. I like Tailoring and I have a great passion for it. It gives me a lot of joy.

Did you go for further training?

Yes. I went to Ibadan where I did some training. Fortunately for me, there is a company that just came in from abroad, at Liberty road, in Ibadan. I worked with them for about 3 years. The name is Al-Gazar Clothing (Garment Manufacturer). He brought in a whole garment industry in from the UK to Ibadan then. What we were used to doing then was Conductor. When the judges take off their suits, the next thing they want to wear as a casual wear is a Conductor. We were able to change that Conductor into French Suits.

So, people started moving from Conductor to French Suits. Its the man that brought it. The 2 styles are different. We looked local when we started doing Conductor at first. So all the Judges, the lawyers came to us and we worked for them. After that I worked with G. B Oye (Good wear House) in Ibadan. He is a 1st class London trained tailor. It was after that I decided to come back home.

After 3 years I moved to the UK. I wanted to know what is happening at the international level. I decided to have 6 months training at the London College of Fashion. But when I got there I discovered that what I have trained myself for over 15 to 20 years is what they are trying to teach us its like Kindergarten. I was already a professional tailor. So, I felt I was going to waste my time here.

I met a guy there. John. He is an Italian. He teaches illustration in London College of Fashion. We now agreed to work together. I told him I am a Tailor and I can do all the kind of suits I saw them doing in London. He said you. I doubt it. He said he has an alteration shop in Central London. I just left the College and I moved there to work with him to be doing alteration. One day I just told him. I said John, all these suits we are ammending, do you think we can’t produce these suits they are bringing for alteration. He said No.

He said the suits are manufactured by big companies with massive machines for production. I said I disagree with you. We can do it. He said Noo. I told you, I know where they are producing it. They have giant machines. I said my friend, whatever you want to produce, in mass, you must first of all be able to produce it mannually. They started from somewhere. They didn’t just grow big like that. I can make suits. That is my own area of specialisation. Lets start small. I can make these suits even without going to that factory you mentioned. He said No. I said ok.

I know what to do. One day before he came back from school. I went to the market to buy some fabrics and I began to sew. I finished the suit and I showed him when he came back. I said somebody brought it for alteration. He said this suit is nice. I said, now you can see that there is no difference. I made this suit here. He said no I can’t believe it. You mean, you this fucking African man came here to make suits. He was annoyed. So, you can do all these. What’s your problem? You alone want to do the job of about 70 to 80 people, that you alone are doing. Where did you get your training?

I told him that is how we were trained locally and more so, I love this job, so I trained myself to attain this level, because there was a time I used to go and buy already made suits and outfits and I will rip it open and sew it back. I want to know how it is made. I will loose it back. And I will sew it again. So, I was training myself because of the interest I have in it. I want to be able to be close to that good presentation. Thats what I have been doing, up till now. I still do that uptill today. I am always willing to learn new methods.

When did you come back to Abeokuta?

I came back to Abeokuta close to 30 years now. In 1998, I went back to London to go and buy equipments abroad.

That was when I started his structure that I want to use for tailoring in 1998. But unfortunately the dream didn’t come to pass until now.  I decided at some point to do a hotel. I didn’t have the plan originally to do a hotel.  It’s only because my partner who was supposed to come from London did not come. The agreement was go back home and create an enabling environment, have a place for showroom in one, two, three location, then he will go and bring all the equipment, then we can partner.

That was the agreement then when I left London and I came back. I did all I was supposed to do and I now kept calling him, Oya now you can come. That was during Abacha regime. He said he can’t invest in Nigeria, with all the stories he his hearing about Abacha. He said he has to mortgage all he was to bring all those machines and equipments and if Abachas policies eventually affects our industry, he will die here. He won’t go back. He said for that I am no longer interested. I said Haa! This is serious.

I looked at it and I realised I can’t do it alone. I can’t be taking charge of production and t the same time, the equipment I said No. After 4 years I just asked my wife to let us do something else with this location. A friend of mine told me, this place is good for hotel. It is centrally located. She said ok. That is how we came up with Continental Suites in 2003. It is 16 years now. The good thing about it is that almost after 20 years that dream has refused to die. Yes. The was we are doing it now, we can afford to even bring in the expatriates to work for us, not to partner. We have some of them working for us now. We are still expecting some of them to come. So that we can have a good  take off of the production aspect.

I Took After My Dad In Tailoring – Veteran ABEOKUTA Tailor, Otunba TAIWO was last modified: October 13th, 2018 by Reporter