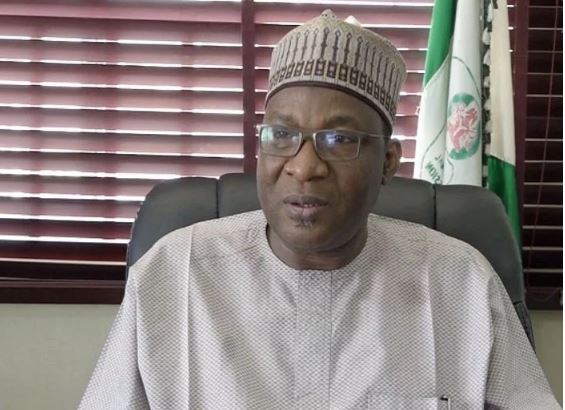 The Resident Electoral Commissioner (REC) in Adamawa State, Barr Kassim Gaidam, has denied an allegation that he rejected bribe offer of $1m and a house in Dubai from the Presidential candidate of the Peoples Democratic Party (PDP), Atiku Abubakar.

A recent news report alleged that Atiku gave each REC across the country the sum of $1m to manipulate the coming presidential election in his favour, while another report said he, Kassim Gaidam, rejected the offer.

But a statement signed and issued to newsmen in Yola on Tuesday by INEC head of education department in Adamawa State, Rifkatu Duku, said, “We wish to refute this story as not emanating from the Hon. REC. The REC is presently focused on efforts to deliver free, fair and credible elections and has no time for indulgence in distractions intended by the peddlers of the falsehood.”

“Nobody has offered us any inducement and we are under nobody’s influence,” he said.

Delivering his speech at the administration of the Oath of Neutrality on the staff of INEC, Gaidam said, “INEC shall endeavour to conduct the 2019 general election in the most efficient and professional manner based on global best practices. INEC is solely interested in ensuring due process in the election and is not concerned with who emerges winner provided the mandate of the people is guaranteed and reflected in the outcome.”

He apologised to the people over the postponement of the presidential election to Saturday and pleaded that it should not dampen their spirit and they should turn out in large numbers for the rescheduled elections.

He assured that the challenges that necessitated the postponement were being addressed and that the people could expect credible elections, especially if they avoid violence and cast their votes in accordance with laid down procedure.

I was not offered $1m bribe by Atiku – Adamawa REC was last modified: February 19th, 2019 by Reporter