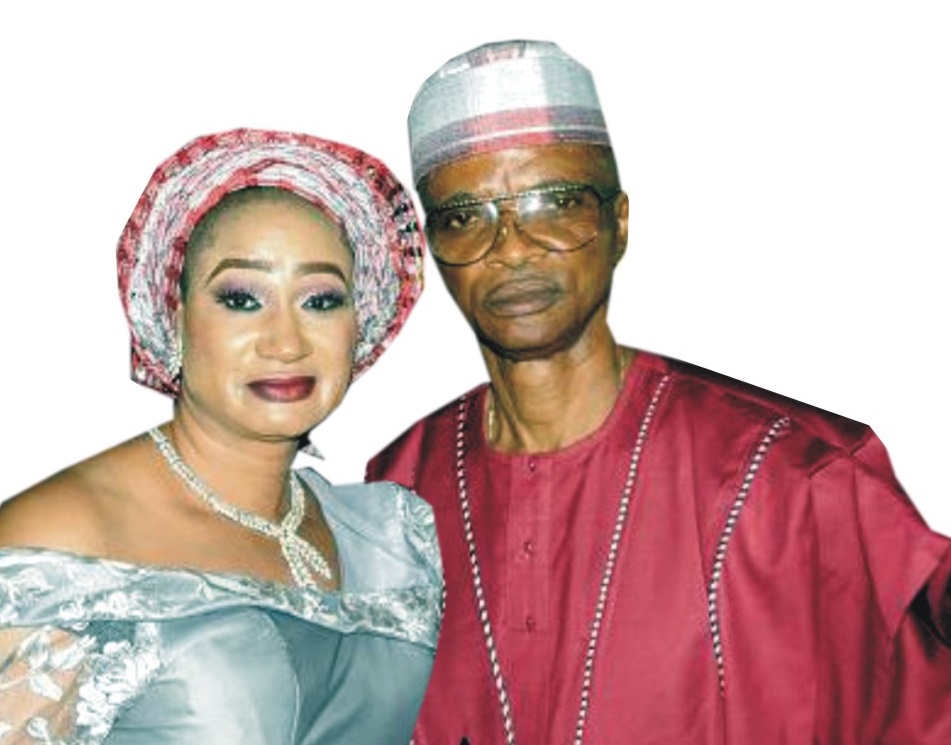 Ibadan, the capital city of Oyo State, was agog two Fridays ago, precisely 19th January 2018, as one of the upwardly mobile men in the ancient city, Segun Oriola buries his late mum, Deaconess Christiana Olufunmilayo Davies. The event, which had practically all the who-is-who in Lagos and Ibadan social establishments and even beyond the shores of Nigeria in attendance, started on Thursday 18th January, 2018, with a Christian Wake at Segun Oriola Street, off Ologuneru Road, Eleyele, Ibadan. It was a carnival-like event as the whole street was totally locked down. The following day, Mama’s remains were interred at St. James Cathedral Cemetery, Ijokodo, Ibadan. Funeral and thanksgiving service was held at Christ Apostolic Church (Oke-Ayo, Festac Road, Mokola, Ibadan. After which the guests were entertained in an elaborate reception at the newly opened Daplan Event and Conference Centre, Sango Polytechnic/Eleyele Road, Ibadan. City People’s Correspondent, Dare Adeniran, was at the classy party and brings to you some juicy gists. It was indeed a fun-filled evening as top celebs gathered to honour Segun Oriola and his siblings as they buried their mother. Read on.

Late Deaconess Christiana Olufunmilayo Jolaade Davies was born at Isale Eko, Lagos State, on 12th December, 1932, into the popular family of Late Pa & Mrs. Folashade Akapo. She started her elementary education in 1938, at Holy Trinity School, Ebute-Ero, Lagos State. She finished her Standard Six School Certificate in 1945 and same year, she got her first job at a book shop in Broad Street. Mama later went into trading, plying the sea with rickety boat between Ebute-Ero and Epe.

In the course of this, she met her husband, who brought her to Ibadan after they got married in 1955. Mama, thereafter, worked briefly with Late Professor Kenneth Mellamby at the University of Ibadan (U.I). Before she started her own business within Ibadan and environ. She was highly religious, a devoted Christian and member of Ife Society of Christ Apostolic Church, Oke-Ayo, Mokola, which she joined in 1972. Mama was ordained as Deaconess in 1966. She was also the Matron of the Good Women Society and Life Matron, Progressive Society of C.A.C Oke-Ayo. “Iya Canada” as Mama was fondly called in her lifetime was also the Iyaloja of Eleyele Ifesowapo Market.

…AND MAMA’S DREAM WAS FULFILLED

During the funeral service in honour of the deceased, it was evidently showed that indeed it is not only her immediate family that have lost a rare gem but also the Church of God. This is because of her immense contributions to the individual lives and the development of the Church. Her major dream before she died was said to be removal of the Church’s old windows and replace them with modern ones. But she died before that could be realised. The children, however, didn’t allow the dream to die with their mother, as they were able to raise even more than required funds among their family, friends and associates, especially Segun Oriola’s friends. They all contributed to keep Mama’s hope and dream alive.

Deaconess Christiana Olufunmilayo’s time on earth, no doubt, could be best described as a life well spent. She lived a good, Christian life till she died at age 85. She is survived by children, grandchildren and great grandchildren. Even her qualities have manifested so much In the children that they have all become successful in their various chosen fields. Some of them are Ayo Popoola, a successful businessman; Segun Oriola, a businessman and C.E.O Presidents Choice Nig. Ltd, who shuttles between Canada and Nigeria and deals in property, heavy duty truck/caterpillar sales and Diesel supply. There is also Bolaji Davies, the Canada based businessman and others. They are all united and well connected.

POWERFUL MEN AT THE PARTY

The Ibadan social establishment is made up of strong, powerful and successful men and women cutting shots in different sectors. And anywhere they find themselves they always control enormous respect with their dresses, style an sometimes their carriages. The trend was not different at Segun Oriola’s party. Some of Ibadan celebs at the party include Otunba Jide Agbeja, an Insurance Broker;  Hon. Ademola Ige, an honourable in Oyo State House of Assembly; Mr. Femi Akerele, an Oil & Gas player who came to the event alongside his lovely wife; Mr. Yomi Salami and others.

WITH LOVE  FROM ABROAD

Guests list at the party cuts across different parts of the world; some came from Canada, some from London while some came in from America. The likes of Akeem Alabi, Mrs. Adekolu, Mrs. Oyinsan and Bose Oriola came all the way from Canada. Ayo Ireniyi, Rotimi Sanya, and Femi led the powerful team from London. While Idowu Badejo, Micheal Anavoc and Bode Olalere came from Dublin. Not forgetting Demola Popoola, Taiwo Odeyemi who all flew in from America.

By all standards, there no gain saying in the fact that Segun Oriola’s mother’s burial ceremony has set the ball rolling as far as Ibadan social diary for the year 2018 is concerned. The party, being the first major party in the year, has set a very high standard for other to follow. Everything was perfectly put in place; the venue was right, the arrangement was superb and quality of celebrity that graced the occasion was awesome. Sumptuous food (both Africa and continental dishes), decoration, drinks and all. All these were made possible by the efforts of Segun Oriola and his beautiful wife, Toyin. They were on their toes all through, moving from one table to the other and made sure all the guests were taken care of.

The ever smiling wife of Oyo popular politician, Akogun Sarafadeen-Alli, Tawa was also not left out of action at the party. She looked glamorous in her White attire and she was  no doubt one of the best dressed women at the party. She was sighted siting beside her brother. Tawa, who celebrated her 50th birthday in a grand style two moths ago, was at the party to honour Toyin Oriola and her husband.

Apart from the conducive environment, very cool atmosphere and Gold and White decoration of the hall, another thing that really add glamour to the party were these beautiful ushers, who attractively dressed in Black and White gowns that complemented the Black and White Akara Aso-Ebi , leading guests to their seats. They also monitored the service and made sure request of all guests as per to eat and to drink were met. They really did a fantastic job.

HOT BABES IN THE HOUSE

There were couple of hot babes who dazzled with their different styles and glamorous dresses at the party. The list include Wonuola Aina; Sade Ibitoye; Tolu Ololubua; Adejoke Ologun; Odunola Ogunsola; Remilekun Adebiyi; Gbemisola Adeniyi; Busayo Bello; Yemi Komolafe; Wunmi Adeoye; Ifedayo Okunneye; Adeola Olugbemi; Funmi Dare and others. They all made a big statement with their head-turning attires.

Highly professional party vendors were engaged for the party. Right from the band, security, ushers, caterers and all they all put in their best. Kings Caterer handled the sumptuous food, Event Security was in charge of security, Demo Classical did chapman, small chops and other finger food. While popular Faith Band dazzled the quests with their wonderful performance.