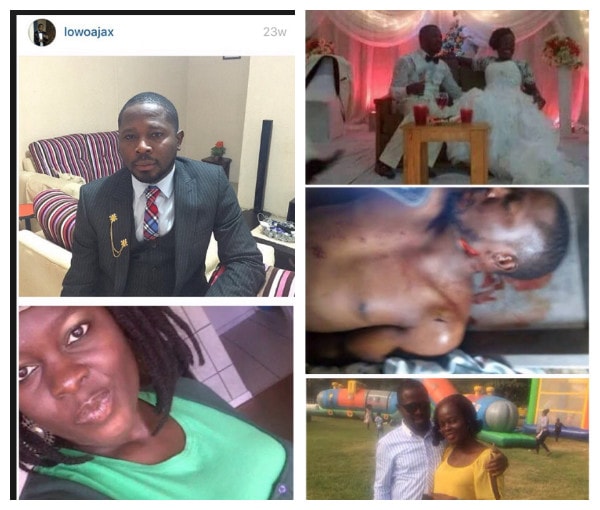 In a dramatic twist yesterday at an Oyo State High Court, Ibadan lawyer accused of stabbing her husband to death, Mrs Yewande Oyediran, denied the charges levelled against her.

Mrs. Oyediran, who was alleged to have killed her late husband, Lowo Oyediran, a France-based businessman, told the court that she had a scuffle with her husband on February 2, 2017 and in the process the late husband threatened her with a knife.

Led in evidence by her lead Counsel, Mr. Leye Adepoju, during the Examination-in-chief, she narrated how her late husband met his untimely death on the fateful day.

”We had earlier had a scuffle in which my late husband beat me up and it was settled by our landlord and his wife and my husband had gone for treatment in a neighborhood hospital after I had inflicted some cuts on him, because he had pressed me on the bed and continually hit on me.

“This was the aftermath of a phone call I received from a woman on that night who had earlier claimed that he had a child for my husband. My husband has confirmed it and we had quarreled over it, but had settled the issue since she first called me on July 7, 2015.

”However, after some few hours, he became angry again and started hitting me with a plank. He was angry about the wounds and threatened to retaliate. I managed to escape and he still followed me outside with a knife and pressed me to our Landlord’s car.

”Later, I felt that I have been able to push him off me, only to later realise that it was actually our landlord that had helped me out of his grips.

”I rushed to our landlord’s flat and once inside, i turned to see what was going on behind me, only to see my husband coming after me. Suddenly, I saw him falling on his back as he tried to climb the steps to the apartment.

”I rushed back after him and tried to pull him up only to see blood gushing out of his neck. I quickly shouted for help and the landlord and his wife together with his son and a Doctor whose clinic was on our street, tried to apply first aid”.

”My landlady told my Landlord to take my husband to the hospital, but he declined to say that there was blood on his car and so needed to wash it before he can take it out.

”My landlord and I went to our neighbor, Mrs. Olubunmi Onipede, to help me take him to the hospital, but she refused too, saying that I earlier insulted her when she came to intervene in the earlier scuffle.

” Eventually, she agreed to take us to the hospital after I promised to fuel her car the next day because she had told us she didn’t have fuel in her car.

”While on our way to the University Teaching Hospital, UCH, as advised by the Doctor inside our compound, our neighbour, stopped at the hospital on our street claiming that we needed to collect a referral, but the Nurse on duty, said we didn’t need one and I also heard the voice of the Doctor in the background telling her we didn’t need one, but that we should rush to UCH.

”We proceeded towards the hospital only for her to take Akobo Road, when we got to General Gas Road, instead of the Iwo Road that is shorter, I asked why she was taking the route, but she replied that we must take him to the nearest hospital because it was an emergency case.

”At that time, I still kept calling my husband, ”lowo”, ”lowo” and he was nodding to me even though his eyes were closed.

In response to an earlier statement made by her neighbour, she told the court that it was actually her that was screaming and calling for help when her husband slumped and not the husband himself as claimed by the witness.

When her lead Defense Counsel asked her point-blank whether she killed her husband, she became emotional and said,

”I did not kill my husband. I love my husband, even if we quarrel, it won’t be to the point of death”.

However, she admitted when asked by the Prosecuting Counsel, Mr.S.S. Akinyele that it was the offending phone call from her husband’s lover that precipitated the scuffle between her and her husband that fateful night.

The Presiding Judge, who is also the Chief Judge of Oyo State, after conferring with both legal teams, instructed that the Defense legal team should file and serve its written address on the Prosecuting team on or before June 19, 2017, while the prosecuting team should respond by July 4, 2017, with the response of the defense slated for July 10, 2017, which has been set aside for adoption by the court.