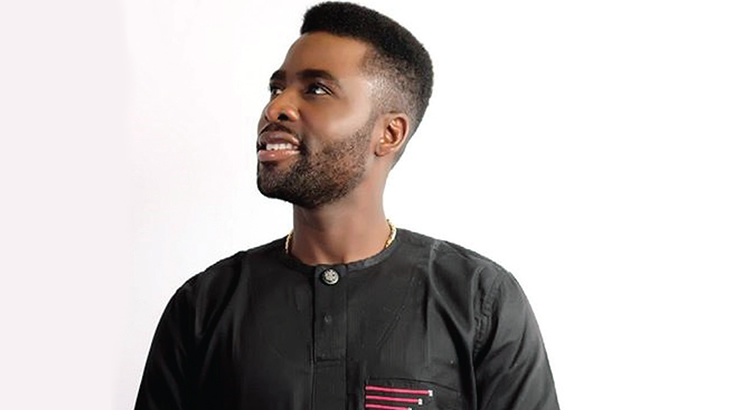 At the just-concluded 2019 City People Movie Awards, Ibrahim Chatta emerged the Best Actor of The Year in the Yoruba Movie Industry. He could not make it because he was indisposed. Ibrahim Chatta received overwhelming votes because of his remarkable performance in the movie industry over the last year.

Ibrahim Chatta is one of the brightest talents, in the Yoruba movie industry today. He has become a household name who has carved a niche for himself through his versatility. He sings. He writes songs. He produces. He directs.

He is from Kwara State. He was born and bred in a popular town called Bacita. He grew up in a large family of 14 children and his mother comes from Modakeke in Osun State.

He started his career at a very tender age, when he fell in love with the travelling theatre popular called  “Alarinjo” then, that triggered his interest into what he is known for worldwide today.

Recently in an interview with City People,  Ibrahim spoke about his acting career, how he grew up in Bacita, and how his humble background prepared him from age 15 to play the many different roles he’s known for today.

How did acting start for him?

“I started at a very tender age. I’ve always known I would be an entertainer since I was a little boy when I had the privilege of seeing the veterans live on stage. I was raised in Bacita in Kwara State, the town that had the largest sugar manufacturing company then.

When I was a little boy the activities in Bacita always brought the influx of so many people from different parts of the country, and that gives me the opportunity to grow up with people of diverse culture in Nigeria. That has also helped the growth of the town, Bacita because people do come to do their businesses there.

Basically then, what we had was a travelling theatre popularly called “Alarinjo”. Those people travel from one place to another entertaining people on stage. Bacita has vibrant business outlook and the entertainers too do come there to perform, not just in theatre, even music.

So when I was growing up. I  had the privilege of seeing the likes of late Duroladipo, Oga Bello, late Iya Mero, Sabitu and Co. I had the opportunity of seeing lots of them live. But the person that I saw and made me make up my mind to act was Late Ray Eyiwunmi, the father of the Rays like Muka, Lasun and Murphy e.t.c.

When I saw him, I just knew this is what I’m going to do for a living. I started acting professionally at age 15, and since then it’s been so wonderful. I had a passion for acting and I fell in love with it. I didn’t even know whether there is or not there would be money in it, I didn’t know there will be fame or stardom all I wanted was just to entertain people. I was so young, so much so I didn’t even understand what fame or stardom is.

All I wanted was to stand in front of people, to let them see me as I was seeing late Ray Eyiwunmi then.”

What and what did he put into his style that made him the Big Brand that he is today?

“I don’t think I’m a big brand yet. (Laughs). Meanwhile, there are 2 things which I would say are the mechanisms that I put in place. The first one is prayer, and the other one is my love for the craft, my Passion. I’m so passionate about acting. I’m a passionate filmmaker.

Whatever I do concerning acting I always make sure I put in all my best. Sometimes I tell myself, Ibrahim, your best is not enough, you have to work very hard. I’ve been working since I was a little boy. I have been rehearsing. I didn’t go to proper elementary school, yet I know the  “Oju Odu Merindinlogun Ifa” I know the Quran, and I know the Bible.

When I was trying to perfect my skills, I discovered that I have to learn all of these and I did. I think those are the 2 things that helped me. Moreso, I am a very spiritual person. I believe in God, I pray always and I work very hard every day, and I think that has also helped me too.

How did growing up with his parents in Bacita contribute to his success?

“ My growing up was very interesting. I was a very tough boy, a very stubborn one. But today, I’ve come to the realization of how tough my parent were to me. Then, I always run away from school to practice theatre as a little boy, I was in secondary school then, at age 15 to be precise, unlike today that you have a child of 15 years old in the University.

Growing up for me was very interesting because there is no issue of child’s labour when I was young. You ride on the back of your parent’s struggle, they would do virtually everything for you. They’ll feed you, cloth you, and Nigeria wasn’t this hard.

My father was a Polygamist. I have 3mothers. I grew up in a very large family. I grew up getting used to having people around me in my house. We associated with lots of people. My growing up actually helped me to learn about the life, about my job and like I said Nigeria wasn’t like this then. It was a time people will team up to raise and train you.

If you have money on you and it looks strange to people around you, they will take you to your home and ask your parents if they are the ones that gave you the money. If anybody gives you money outside, you must show your parents before you even touch or spend out of it, unlike today that a boy of 18 years old will buy cars for friends and girlfriends and nobody will chastise him.

Our parents usually tell us that if anybody calls us to come and collect bread, we must not answer them, because they believe they could use us for rituals, but today we hear different stories of people stealing pants for rituals. My time and growing up actually contributed to the knowledge I have in doing my job.

I was fortunate to see a lot of things around me. I was able to learn about people and their culture.

Unlike what is happening to our culture now, You take your children to school, they’ll teach him or her in English and when he/she gets home you still speak English to him/her.

That is by the way. We have a diverse culture in Nigeria,  and because I grew up in Bacita, I grew up with so many people, the Italians, the Indians, so many tribes. I think my growing up helped shaped me to this versatility that people talk about today, it helped shape my life.

If you ask me, I would say it was my growing up that helped me to build my career.”

“I started before then. But professionally I started practicing at age 15, when I would run away from my boarding house, followed people to practice, travelling theatre  “Alarinyo” I was 15 years old of age but I actually started way before then.

At what age did he now start?

“At a very tender age, as early as 6years old, when I started seeing these veterans. The theatre hall where they practiced and exhibited their plays was in front of my father’s house.

Sometimes we will ask our brothers to take us in but instead, they will shout at us to go back home because we will go to school the following day. Yet we devised a way of sneaking inside, passing through the holes. There is a particular hole, it’s a drainage hole when you pass through these holes your body will be stinking, smelling of urine, yet we would still pass through just to see these people.

There was a day I told Oga Bello how I used to sit on the floor to watch him on stage, he laughed. I also remembered a day a particularly popular character “Bellit” caught me sneaking into the hall through this stinking hole, and he told Mama Awero.

He wanted to send me back, but Mama Awero stopped him. She cleaned my body and took me to a seat to sit, she treated me like her son. All these experience shaped my life as an actor.

It was as if I was going through mentorship, I saw these people’s different style of acting, I saw them playing romantic roles on stage, I saw them acting Babalawo on stage. There was no Fadeyi Oloro then, it was Fadeyi Egbeji. Having watched these people live on stage and also on Television every Saturday or Sunday series, I knew it’s my calling, and I started learning through all of them.

So today I have all of them living inside of me, Oga Bello, Jide Kosoko, Isho Pepper, Ray Eyiwunmi, Mama Awero, Fadeyi Egbeji, e.t.c I have all of them in me. To go back to your question on how I started. After each of their performances, I will also gather all my friends, used our covered clothes as cotton, and restaged their play. We always do our own version. And we have our own audience.”

Who were the Audiences?

“Our mates, sometimes grown-up people do come to watch us perform. As a little boy, I’m a fast learner, and I always remember things.

So at that age of 6 having seen these people, and learnt from them, by the time I got to age of 14, I had already formed a theatre group. We were staging different plays and earning money from it.

By the time I got to the boarding house, I had people inviting me to go to tour with them for performance and that was what disturbed my education. My parents will think I’m in school, while I would have run away with these people.”