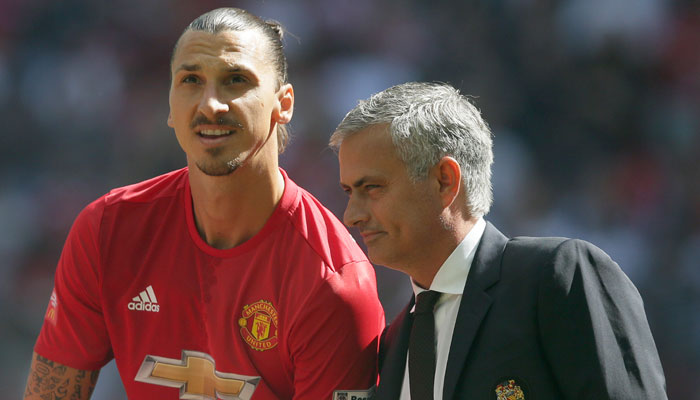 Manchester United striker, Zlatan Ibrahimovic  has been tipped by manager Jose Mourinho to have deserved to winning the Ballon d’Or this year.

Ibrahimovic has become a talismanic figure for the Red Devils, scoring 26 goals in all competitions since joining the Old Trafford outfit.

The ex-Sweden international also added to his impressive personal honours tally, helping United lift the EFL Cup with two goals in the final.

Mourinho feels that the striker’s incredible ability to score goals at 35 years old means he should win the biggest individual awards in world football.

“I think what he has done is amazing,” Mourinho told MUTV.

“The number of goals he’s scored, the two matches at Wembley, the trophies, what he is in the group, and what he means. I think he is absolutely phenomenal. No more words.

“I just gave an interview to a big French magazine with big responsibilities in these big awards, the FIFA Golden Ball and so on. I know about Cristiano Ronaldo and Lionel Messi.

“So why not this season, if he can do something special? If he can win more trophies, reach Stockholm and the Europa League final. Why not this man, who is 35 years old, to get that deserved award?”