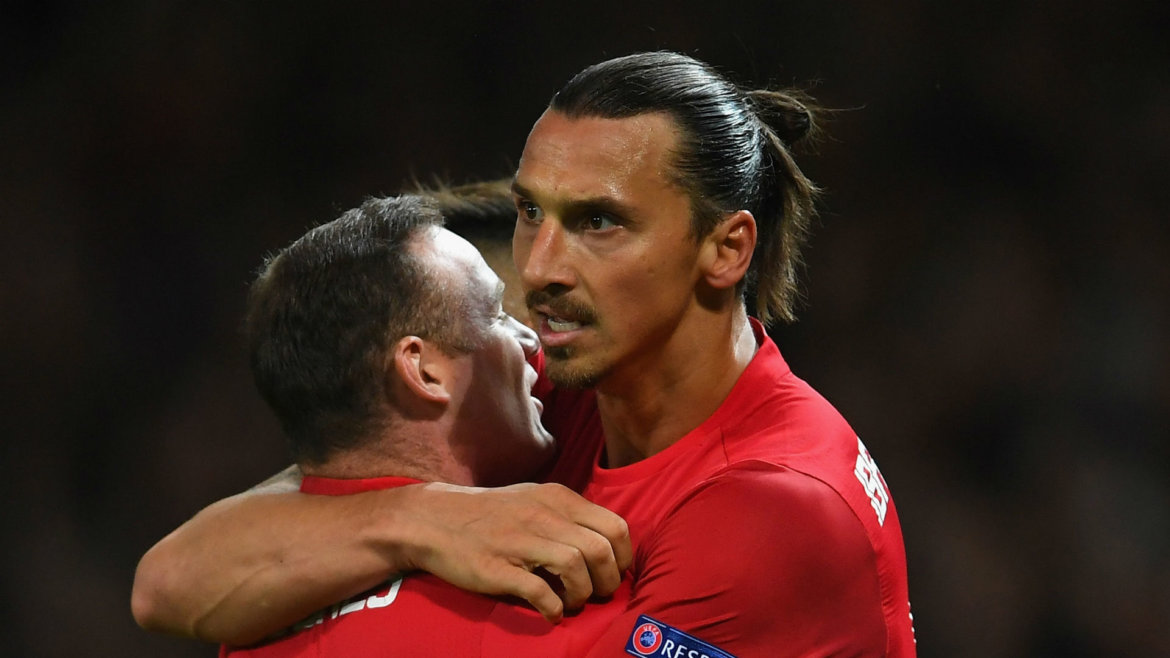 Former Arsenal and Sweden midfielder Kim Kallstrom believes Zlatan Ibrahimovic’s impact at Manchester United turned Wayne Rooney into a mere afterthought for Jose Mourinho.
Ibrahimovic, who will leave Old Trafford as a free agent this summer following a solitary season with the club, scored 28 goals across all competitions before being ruled out with a cruciate ligament injury.
The 35-year-old’s involvement limited the club’s record scorer Rooney to just 15 Premier League starts and raised questions over his long-term future at the club.
Rooney has since been linked with a return to boyhood club Everton or a big-money switch to China ahead of the 2017-18 campaign, having led United to five Premier League titles, three League Cups, an FA Cup and the Champions League.
And Kallstrom believes that Rooney’s frustrations are somewhat down to the brilliance of Ibrahimovic, with whom he played with at international level with Sweden.
“It is clear, he [Ibrahimovic] is a huge star,” Kallstrom told Cafe.se.”He can go to Manchester United as a 34 or 35-year-old and instantly become the central figure.
“No disrespect to Wayne Rooney, he is their record goalscorer, but he turned into a parenthesis when Ibrahimovic arrived.”
“I do not remember exactly how I worded it,” he added, referring to a previous interview in which he hailed his international team-mate as a match-winner. “But if I said he decided everything, it was a bit of a saying, it was not that he literally decided everything.
“We [Sweden] had many talented players, but he was on a completely different level. He wore the country on his shoulders.”