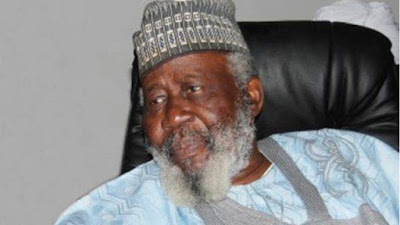 A former President of the Court of Appeal, Justice Mustapha Adebayo Akanbi is dead. Akanbi who was former Chairman of the Independent Corrupt Practices Commission (ICPC)  died about 1am this morning in Ilorin, Kwara State.

One of his children, Barrister Kabir Akanbi, confirmed his death. He will be buried later today. He was 85.
ICPC Boss, Justice Mustapha Akanbi Dies At 85 was last modified: June 3rd, 2018 by Reporter

Why Rape Is On The Increase In NIGERIA

Man, 60, Kills Daughter A Day To Her Marriage