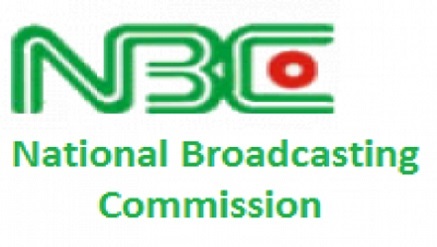 The Nigerian Broadcasting Corporation (NBC) is in a mess over the misapplication of N2.5 billion seed grant released by the federal government for its digital switch-over programme, the Independent Corrupt Practices and Other Related Offences Commission (ICPC) has revealed.

ICPC, in a statement signed by its spokesperson, Rasheedat Okoduwa, on Thursday said it has so far questioned the NBC Director General, Ishaq Kawu, and other top management staff of the agency over their alleged involvements in the misappropriation of the fund.

In 2016, the presidency released N10 billion to the Ministry of Information and Culture for the digital switch-over programme which entails migration of telephone lines from analogue to digital platforms and a White Paper was issued directing that the process be specifically handled by government-affiliated companies.

Based on the guidelines provided by the White Paper, two companies were nominated to handle the process, one of which was ITS, an affiliate of the Nigerian Television Authority (NTA). About N1.7 billion was released to it as seed grant for the commencement of the switch-over.

However, ICPC said on Thursday that through investigation, it discovered that the process was fraught with alleged corrupt practices.

“It was alleged that Mr Kawu fraudulently recommended a private company called Pinnacle Communications Limited, to the Minister of Information and Culture, for the release of N2.5 billion against the guidelines contained in the White Paper.

“The N2.5 billion was paid into the Zenith Bank account of Pinnacle Communications Limited in May/June, 2017 for the programme.

“The DG NBC during interactions with the Commission could not justify why the government White Paper was flouted leading to the release of money to an unqualified company,” the statement said.

It added that the Managing Director of Pinnacle, Dipo Onifade, during interrogation confirmed the release of the funds to the company. He could not justify that the money was used for the purpose of digital switch-over.

The commission also said through investigation, it discovered several suspicious transfers of large sums of funds from the account of the company into the bank accounts of several organisations and individuals.

It found out that N100 million of the fund was paid into the personal bank account of Mr Onifade in Zenith Bank which he claimed was for legal services that he had rendered to the same Pinnacle Communications where he is employed.